Jon Minshaw and Phil Keen put the #33 Barwell Motorsport Lamborghini Huracán GT3 on pole for Sunday April 29’s Round Three of the 2018 British GT Championship at Rockingham Motor Speedway after Minshaw and Keen lapped the Corby circuit in an aggregate time of 3:03.063.

Qualifying got underway in wet but drying conditions and it was Flick Haigh in the #75 Optimum Motorsport who set the early pace with a 1:32.844 set in the closing seconds of the ten-minute session, nearly a full second quicker than Jon Minshaw in the #33 Barwell Motorsport Lamborghini. The session saw Lee Mowle in the #116 ERC Sport Mercedes-AMG GT3, spin and make contact early in the ten-minute period and unable to set a time. Yelmer Buurman got the#116 entry out in the GT3 Pro session but the #116 will start from the back of the class grid as a result of not setting a time in the Am session. 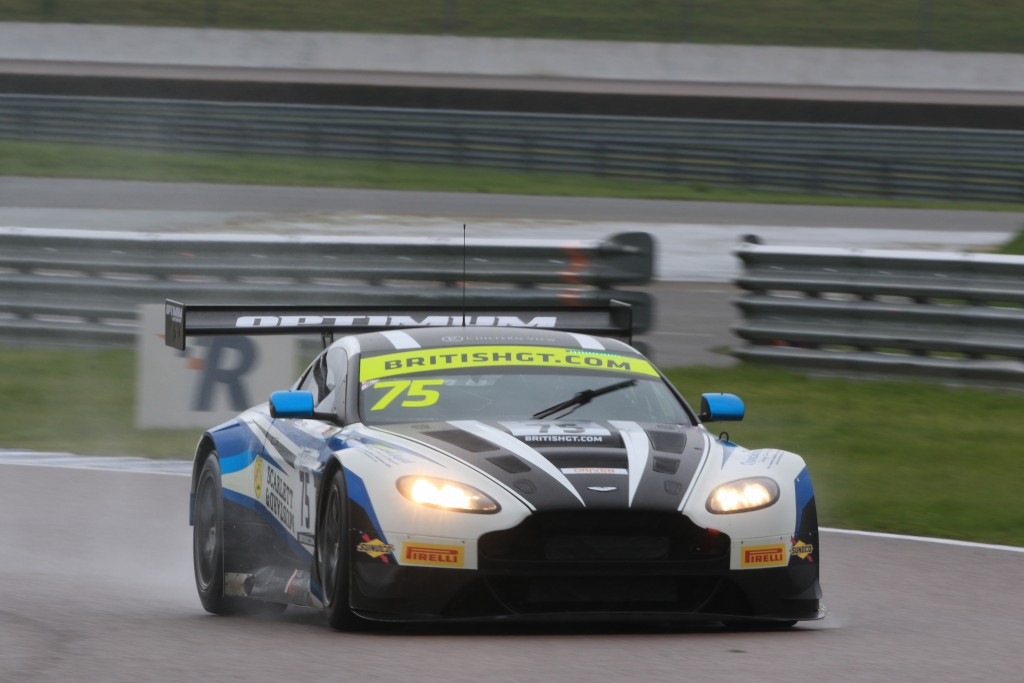 With Jonny Adam taking over the #75 entry for the GT3 Pro session, it seemed inevitable that the Wakefield-based team would be enjoying its third pole position of the season. Phil Keen, now behind the wheel of the #33 Barwell entry, had other ideas and put in a 1:29.235, nearly 1.7 seconds quicker than Adam’s best of 1:30.911.

Jon Minshaw made the best use of limited running to put in a quick lap in the Am session.

“I managed one clear flying lap but that was all I needed,” said Minshaw. “But Flick (Haigh) did a great job. I though I’d done it till that last lap. I got baulked coming in to Tarzan and that lap was over.”

Jon Minshaw, however, sees the two-hour race on April 29 as a chance to get some good points but is not hopeful of a victory given the success penalty from Round Two.

“The track improved for us,” said Phil Keen. “I think it was getting dryer and dryer. Barwell and Jon did a great job with the car.” 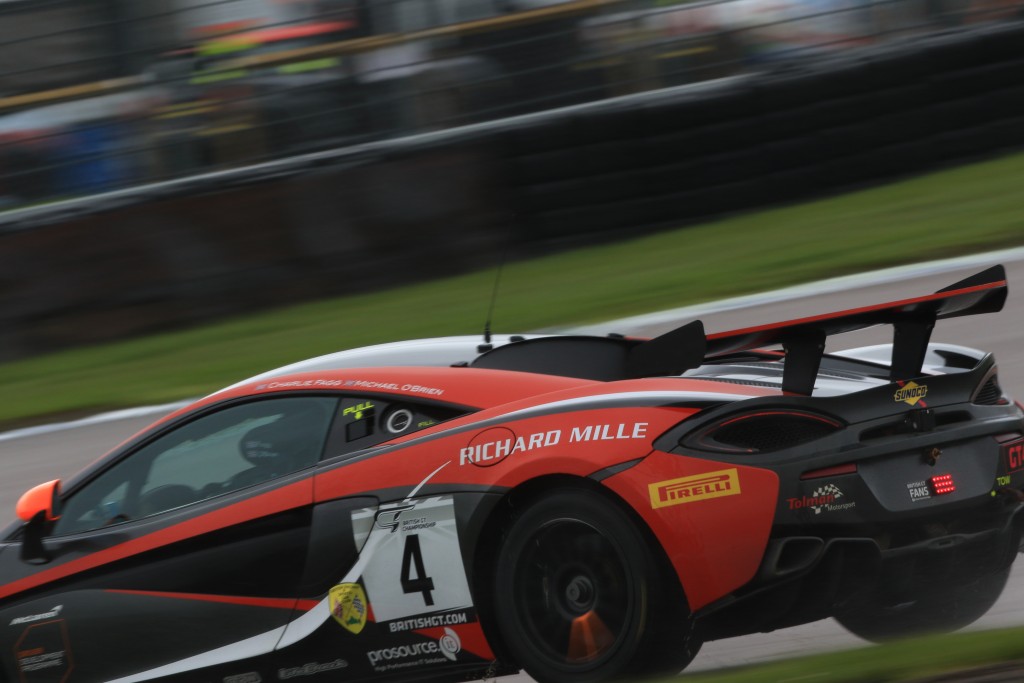 The GT4 class was dominated by the Tolman Motorsport Ltd entries with the #4 and #5 McLaren 570S GT4s topping the time-sheets in the Am session with a 1:35.584 set by Charlie Fagg in the #4 car and a 1:36.98 put in by Lewis Proctor in the #5 entry. Third quickest in the first GT4 qualifying session was the #42 Century Motorsport BMW M4 GT4 piloted by Ben Green.

The session did not go all the way of Tolman Motorsport Ltd, however, after David Pattison, behind the wheel of the #56 entry, spun on the entry to Gracelands, briefly causing the Am session to be red-flagged with 07:34 to go.

Charlie Fagg was delighted to get pole for Sunday’s two-hour race.

“I thought ‘we’re on new tyres now. We’ve got to utilise everything we’ve got!’ The car was amazing, straight out of the box, “ said Fagg. “I didn’t have to push too hard or do anything stupid. The track was certainly better than I thought it was going to be.”

Great Bookham-based Barwell Motorsport made it two-in-a-row at Snetterton on Sunday May 19 when the team’s #72 Lamborghini Huracán GT3 EVO, driven by Phil Keen and, taking the chequered flag Adam Balon, crossed the line to win Race Two of the 2019 British GT Championship double-header at Snetterton. The #72 Lamborghini finished just .538 seconds […]

Photo: BritishGT.com / Jakob Ebrey Barwell Motorsport took its second 1 -2 of the 2017 British GT Championsip season in Round 4 after Phil Keen brought the #33 Minshaw / Keen Lamborghini Huracán GT3 home for the victory, ahead of the sister #6 entry with ex-BTCC driver Sam Tordoff at the wheel of the care […]