In a race where the final result was decided as much in the Race Control office as it was on track, victory went to the #116 ERC Sport Mercedes-AMG GT3 driven by Lee Mowle and, taking the car to the chequered flag, Yelmer Buurman.

4.352 seconds behind, in second place, was the #17 TF Sport Aston Martin V12 Vantage piloted by Derek Johnston and Marco Sorensen. 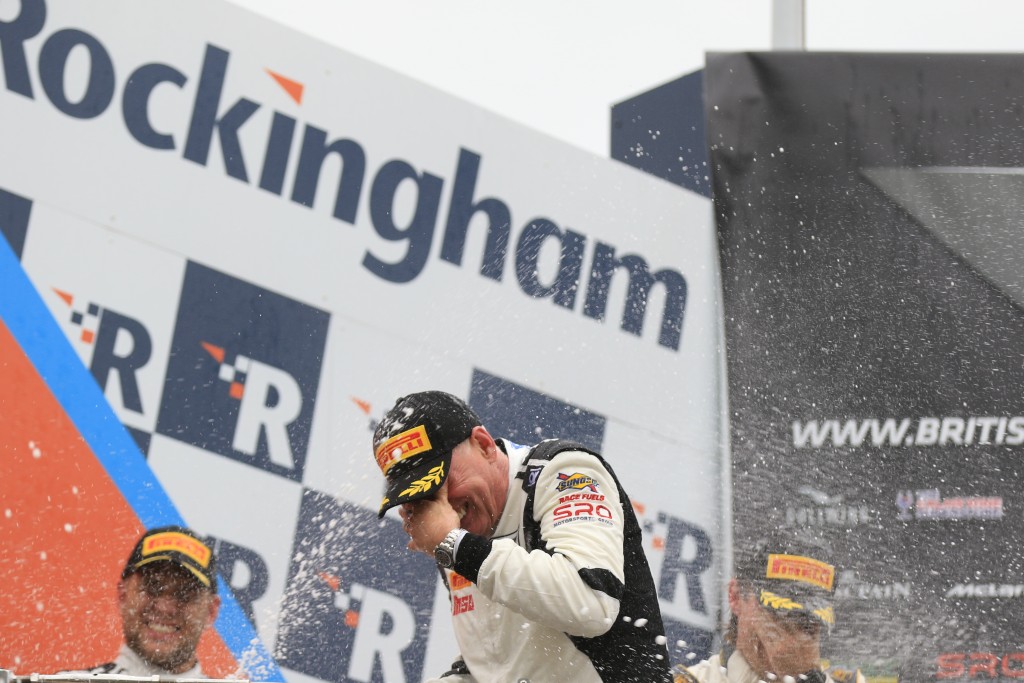 Taking the final podium position in the GT4 category was the #62 Academy Motorsport Aston Martin V8 Vantage driven by Will Moore and, taking the second stint, Matt Nicoll-Jones.

Cool, wet conditions greeted the drivers as cars took to the track for the first practice session for the final round of the 2016 British GT Championship at Donington Park. Conditions were such that few teams were prepared to push hard and risk damage early in the weekend. The forecast is for the rain to […]

Photo: #99 Aston Martin V12 Vantage At Donington Park – 22.09.18 (Jakob Ebrey Photography) Buckinghamshire-based Beechdean AMR has announced that it will return to contesting both the GT3 and GT4 classes in the 2019 British GT Championship season. In the GT3 class, team owner Andrew Howard will partner with AMR factory driver Marco Sørensen who, […]