Following the far-reaching announcements concerning the future of the FIA World Endurance Championship made at the fifth round of the 2017 championship from Mexico, the WEC returns to the Circuit of the America for the sixth round of the last traditional summer season for the premier global endurance racing championship.

26 cars will take to the grid for the 6 Hours of Circuit of the Americas – four in the LMP1 class, nine in the LMP2 category, eight in the LM GTE class and five entries in the LM GTE Am category.

There are three driver changes from the entry list for Round Five. Stéphane Sarrazin replaces Anthony Davison in the #8 Toyota Gazoo Racing TS050 Hybrid.

After announcing its departure from the FIA World Endurance Championship, Porsche leads the Manufacturers Championship on 198 points, 56.5 points ahead of Toyota. 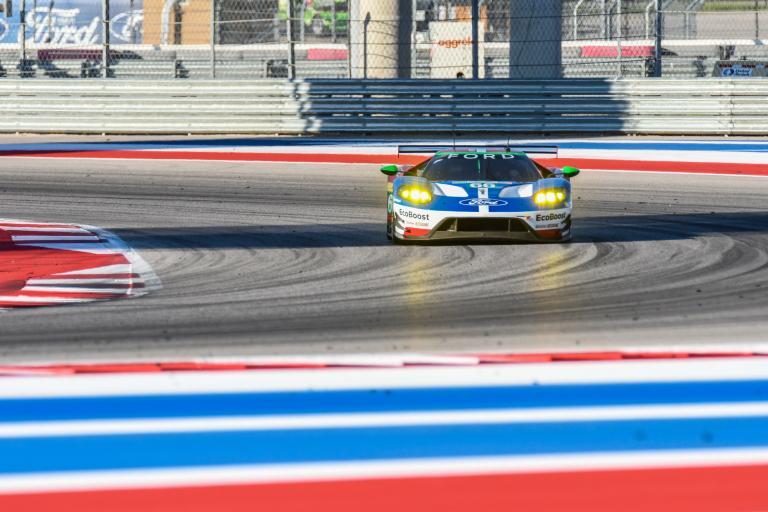 Competition for the GT Pro FIA World Endurance Team Trophy is even closer than that in LMP2. Three manufacturers hold the podium spots going into the sixth round with the #67 Ford Chip Ganassi Team UK Ford GT with the driver line-up of Andy Priaulx and Harry Tincknell leading the table on 96 points, just eight points ahead of the #91 Porsche GT Team Porsche 911 RSR of Richard Lietz and Frederic Makowiecki. Five points behind, in third place, is the #71 AF Corse Ferrari F488 GTE driven by Davide Rigon and Sam Bird.

Three manufacturers are also fighting it out for domination of the LMGTE Am standings with the #77 Dempsey-Proton Racing Porsche 911 RSR (991) of Christian Ried, Matteo Cairoli and Marvin Dienst heading the table on 120 points, eight ahead of the #61 Clearwater Racing Ferrari F488 GTE of Weng Sun Mok, Keita Sawa and Matt Griffin. Aston Martin is in third place with the #98 Aston Martin Racing Vantage of Paul Dalla Lana, Pedro Lamy and Mathias Lauda on 110 points.

The two twenty-minute qualifying sessions get underway at 15:05 local time on Friday September 15 with the lights going out for the start of the six-hour race at 11:56 on Saturday September 16.

The race can be followed via the FIA WEC app with live timing available at www.fiawec.com.

As the 2017 season approaches its eastern swing and we head the 2018-19 ‘Super Season’, this will be the last visit to the Circuit of the Americas for the foreseeable future. The proposed IMSA/WEC double-header at Sebring in March 2019 will be the next occasion that World Championship cars race in the US. The 6 Hours of Circuit of the Americas promises to be a race to remember for many seasons to come.

Oli Webb joins Miro Konopka and Tom Jackson for ARC Bratislava in the team’s debut FIA WEC campaign. Webb joins the Slovakian team from the ByKolles LMP1 Team that he has been with since 2015. ByKolles have had many issues with their ENSO CLM P1/01 car, having made occasional appearances in recent years. The Brit […]

The Automobile Club de l’Ouest, the organising entity of the 24 Heures du Mans, has appointed Frédéric Lequien as Head of Le Mans Endurance Management. 48-year-old Lequien has an extensive career in sports marketing and organisation, having joined ASO, the owner of the Dakar Rally and the Tour de France, in 2004. Lequien became Deputy […]

With the top three in LMP1 qualifying identical to the first round at Silverstone, Audi Sport Team Joest locked out the front row for the 6 Hours of Nürburgring with the #7 Audi R18 qualified by Marcel Fässler and André Lotterer on pole and the #8 car, qualified by Lucas di Grassi and Oliver Jarvis, […]