James Allen is about to start his second season in the European Le Mans Series, having finished third in the LMP2 Teams Championship, driving alongside Richard Bradley, Franck Matelli and Gustavo Yacamán in the #40 Graff ORECA 07. James also competed in his first 24 Hours of Le Mans in 2017, finishing sixth overall and fifth in class. As the second session of the 2018 European Le Mans Series Official Test got underway at Circuit Paul Ricard, James spoke to EnduranceanGT editor Andy Lloyd about the forthcoming season.

James, you’re about to embark on your second season in the European Le Mans Series. Armed with the experience that you’ve gained in your first season and the considerable success you had at the end of 2017, what are your thoughts on 2018?

“My team-mates have changed, the car has been updated, the tyres are different – I’m confident but I’m not going in expecting to win straight out of the gate. I’m trying to focus on doing the best I can with what I have.” 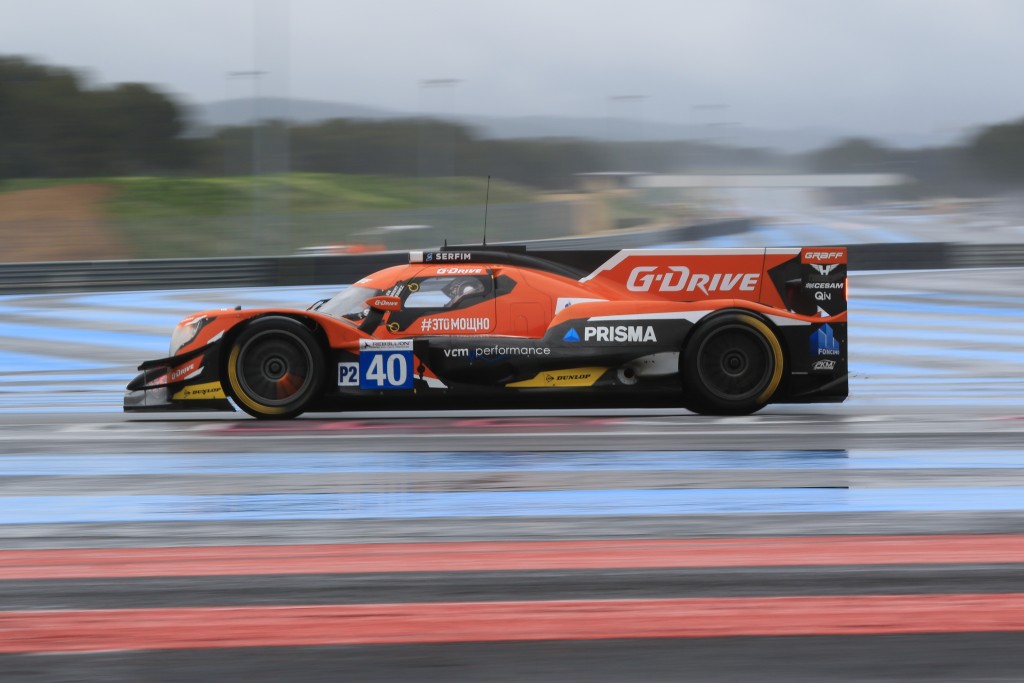 You mentioned that fact that you’ve got a new driver combination. What work have you been doing far to build up the driving relationship up between Enzo Guibbert, Jose Gutiérrez and yourself?

“Enzo and I did the Dunlop tyre test together at Motorland Aragon. We’ve also had a couple of tests here at Circuit Paul Ricard with Jose so I’ve had a chance to meet with them both and talk with them and figure out what kind of drivers they are. Hopefully we’re going to work well together this season.”

You’re approaching your second Le Mans. The first one is always very daunting but you must be approaching the 2018 24 Hours of Le Mans in a very different manner, having already been through the race-week experience.

And how was this morning for you? The track was getting quicker as the session progressed.

“Because we have new tyres we weren’t sure if the intermediates or the wets were better this morning. We found it was the wets that ended up being better. I hadn’t been out in the wet up to now so it was a new thing to get my head around. We were just trying to work on the pace and see how far we could go and we ended up being quite fast.”

The first round of the 2018 European Le Mans Series, the 4 Hours of Le Castellet, takes place at Circuit Paul Ricard on April 15.

Buret To Join Panis-Barthez Compétition for ELMS and Le Mans

Panis-Barthez Compétition has announced that Timothé Buret will join the team for the 2016 European Le Mans Series and the 24 Hours of Le Mans as part of the driver line-up in its Ligier JS P2, Fabien Barthez having already been confirmed. Buret, from Montpelier, France, contested the 2015 Pro Mazda Championship with Juncos Racing, […]