Will Stevens is back at Le Mans and this time he’s part of the line-up for the #84 JMW Motorsport Ferrari F488 GTE, sharing the driving duties with Dries Vanthoor and Rob Smith on the LM GTE Am grid .

EnduranceandGT.co.uk editor Andy Lloyd caught up with Will in the paddock at Le Circuit de la Sarthe on Tuesday June 13 to find out how the former LMP2 driver is settling in to his role within an LM GTE Am team.

“It’s good. My career is already going more towards GTs. This year I had some options in LMP2 to do a full WEC season but I needed to make decisions for my career and I firmly believe that the GT route in the years to come is going to have a lot more opportunities,” said Will. 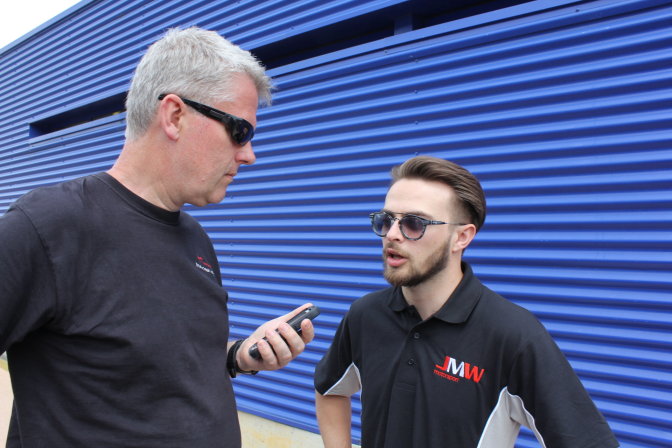 “It’s also nice to get experience in the Ferrari F488 GTE,” continued Will. “I haven’t done many laps so far but it feels pretty good. I think we will be there or thereabouts.  So, yes, I’m looking forward to it and hopefully it will be good.”

Bearing in mind that JMW Motorsport will be running its brand-new Ferrari F488 GTE, how much will Will’s experience support the team in its first race with the new car?

“It’s a new car to me but it’s obviously a new car to the team as well and I’d like to think with the experience I’ve got in the different categories, I can hopefully bring something to the team,” said Will.  “So far everything’s going well. We’ve got a clear plan for what we want to achieve. The line-up we’ve got with Dries and Rob is very strong and I think we’ve got one of the best line-ups in the Pro-Ams. I’m sure we can come away with a good result.” 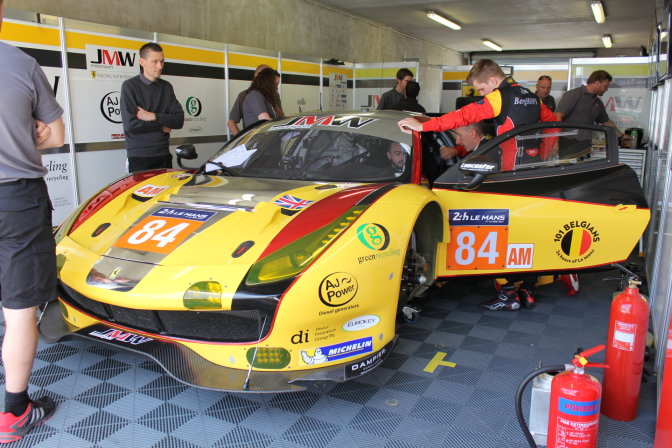 Will traffic be more of a challenge this year as he is driving a GT car?

“Yes, for sure, there’s a lot more traffic but that’s all part of WEC. You’ve obviously got to get used to that,” said Will “This year there’s a lot more fast cars coming from behind. If anything it’s more down to them to get past us and they’re quick enough that we don’t have to have too many problems with them.”

“They’re past us by the time they get to us so there isn’t really too much to think about. Overall I’m really looking forward to it.”

Kent-based JOTA Sport has confirmed its driver line-up to pilot its ‘Mighty #38’ entry in the 2021 FIA World Endurance Championship. Roberto Gonzalez, Anthony Davidson and Antonio Felix da Costa, the driver trio for the #38 entry in 2019/20, will all return for ninth FIA WEC season. Gonzalez and da Costa finished third in the […]

Photo: Roger Jenkins Singapore-based Clearwater Racing is the back at Le Circuit de la Sarthe for its second year competing in the French classic but this time it’s brought two Ferrari FG488 GTEs. The #60 entry is being driven by Richard Wee, Hiroki Katoh and Alvaro Parente. The #61 car is to be piloted by […]