For 2019 Michael O’Brien has been promoted to the role of McLaren Young Professional Driver and will be driving with new teammate Graham Johnson as a Pro/Am pairing in the Balfe Motorsport McLaren 570S GT4.

Michael took time out of his busy pre-season schedule to talk with EnduranceandGT editor Andy Lloyd about his journey through the McLaren Development Driver Development Programme and his thoughts on the season ahead.

When the garage shutters were pulled up at the British GT Championship Media Day at Donington Park, it was clear that the McLaren Driver Development Programme was highly professional and a great place for a young driver to be at that stage of their career. How did the McLaren opportunity come about for you?

“As you said, it was a fantastic stepping stone for me. What happened was that in September 2017 I got the chance to join McLaren at Circuit Paul Ricard for one of their Pure McLaren track events. At that Pure McLaren track event I had an assessment on whether I would be a suitable candidate for them to go on and join the Driver Development Programme for its first year in 2018.”

What was McLaren looking for when assessing candidates for the 2018 Driver Development Programme?

“I think it is a slightly different structure now but my assessment basically included everything from a qualifying assessment to a race run, your preparation off the track and all aspects of your driving.” 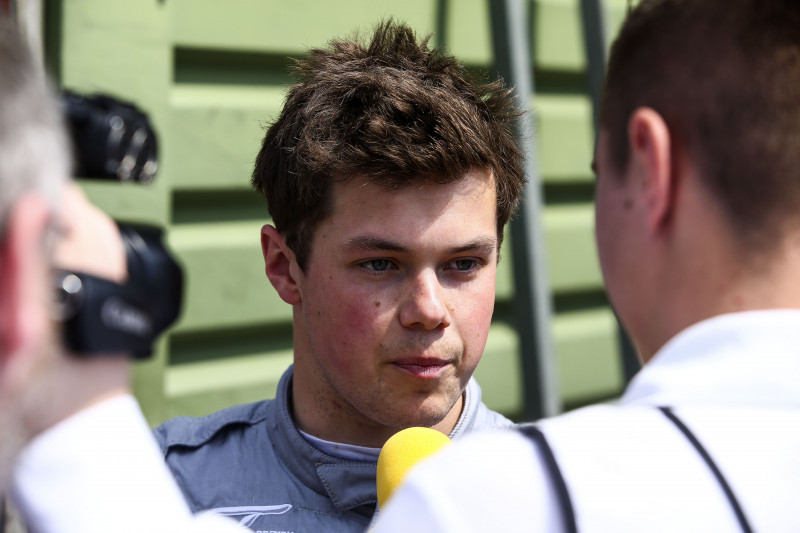 Once you became a member of the McLaren Automotive Driver Development Programme, what did that mean in terms of your day-to-day work and preparations ahead of the British GT Championship season and during it?

“As soon as we became part of the programme, it was clear that the support we were going to get was literally everything that we needed to give ourselves every opportunity to become a professional driver for McLaren. At the start of the year we had an assessment to benchmark our fitness and simulator driving so we could track the progress through year. All the way through the year we had various types of media training, fitness courses, personal training and simulator days. We were working on this between the events to get better all the time.”

So every week, even if it wasn’t a race week, you had a programme to follow and work to do?

“That’s right. Typically leading up to a race we would have a programme with the people we were working with in terms of how much gym work we were going to be doing and planning our last session on the simulator before the event. Over the race weekend we had documents to plan everything out so everything was so well organised. I really think the programme helped me massively in terms of the overall preparation.”

And when you went into the 2018 season with Tolman Motorsport your teammates were a fascinating mix of young guns, an experienced gentleman driver and a professional factory driver. How did that mixture of ages, characters and experience blend over the course of a race weekend?

“Firstly I thought that me and the three other Development Programme drivers got on really well. You’re always a bit nervous about that sort of thing when you haven’t met them and then you start the testing and you’re put together. Charlie (Fagg) and I obviously worked really well together. Lewis (Proctor) and Jordan (Albert) are really nice guys as well and the four of us just clicked as a group, which was nice, probably more than what we thought as well.

“Having Joe (Osbourne) and David (Pattison) as teammates again was a great help for us. I think everyone apart from me had GT experience before 2018 so I sort of felt like the new guy but everyone helped each other and it was a great team atmosphere.”

Did you feel that your main competitors were your three teammates on the Driver Development Programme?

“Yes, exactly but having Joe in the team was important for me. To be ahead of the other three guys, which I feel like I was, and then to have Joe in the team just made it better for me really because with him being the factory driver, he was the overall benchmark. As long as I was ahead of everyone else in the DDP, I was looking towards Joe to really set my benchmarks.” 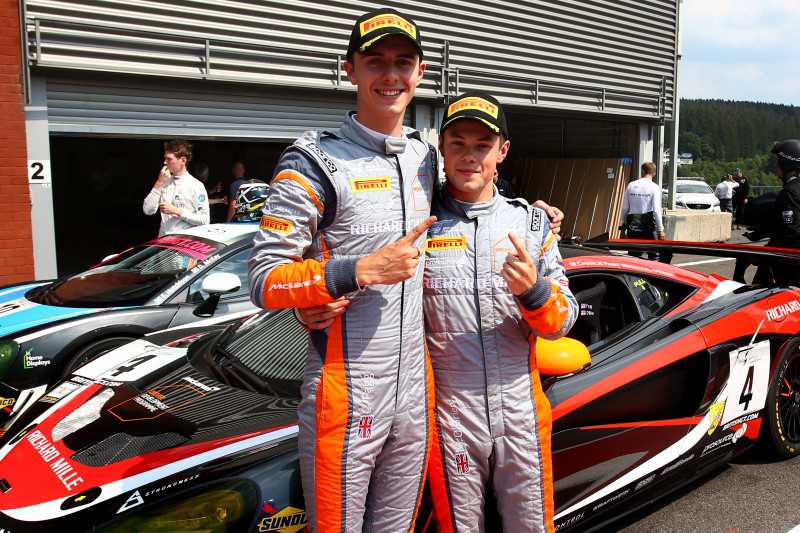 From the outside it looked like a spectacular season, full of some fantastic races but what were the best memories that you took from the 2018 British GT season?

“It was a whole new experience for me and from being there from the start and seeing it all come together was fantastic. The whole team, McLaren and everyone made it a really special year. The first podium that came at the first race (Oulton Park) was quite a special moment for me. We had lots of highs including the pole position at Rockingham and many other strong results so it’s hard to pick out one memory from it. The whole season was just a great experience.”

And in what areas did you feel that you learned the most from 2018?

“I felt like there was a lot to learn. The qualifying format was quite a bit different to what I was used to and also the longer races were not something that I’d done before. My main overall focus coming in to the year was to make sure that I got best out of my tyres which was obviously important in qualifying and then just trying to work on race pace and consistency in the longer races.”

And now with the transition from Development Driver to McLaren Young Professional Driver, what additional responsibilities does driving at this level bring with it?

“It’s having the responsibility of leading the team in GT4 and working together closely with Graham. Last year I had a coach with me at races and this year it’s me helping Graham to extract the time out of us as a driver pairing. So it’s McLaren, in the most productive way, taking away some of the support in certain areas and giving us the responsibility of working with the Am driver to support them and help them to improve their performance.” 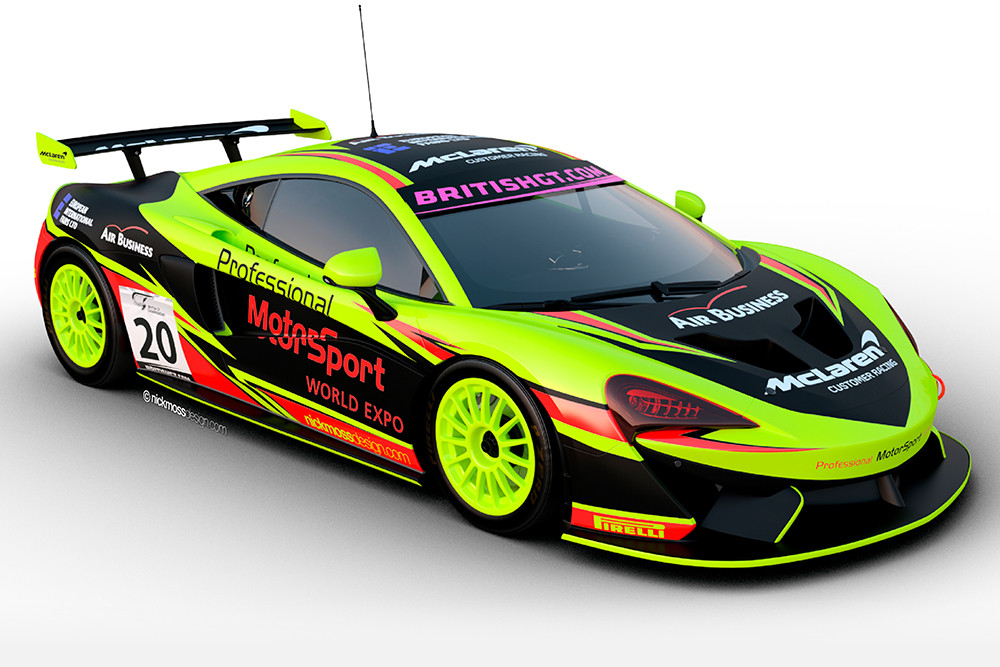 Looking ahead to the 2019 British GT Championship season and a Pro/Am partnership with Graham Johnson, a highly experienced amateur driver and GT4 champion, in the Balfe Motorsport McLaren 570S GT4 – what are you looking forward to in developing that partnership?

“I’ve met Graham a few times now and we’ve done some driving together. He’s such a nice guy and that obviously make things a lot easier. He’s already had some fantastic results and he’s won the championship so he’s already starting off at a really good point. He drives really well already so that’s half the job done for me if you like! We’ll work closely together all year, sharing the data and hopefully we can work really productively at the races and extract every last tenth out of each other.”

And now that you’re clearly established within McLaren, what have you focused your career objectives on now?

“I absolutely love everything I’m doing with McLaren and I want to win as much as I can for them this season and in the future. Hopefully we can go a couple of points better and win the British GT Championship this season. As for a career path, I’m looking towards the World Endurance Championship and want to be a part of it when the new Hypercar rules come in! This year, my goal is to win British GT and compete in other GT3/4 events with McLaren. Outside of that, I’d like to get some experience in an LMP2.”

A huge thank you to Michael for his time. You can see Graham and Michael in the Balfe Motorsport McLaren 570S GT4 at the opening round of the 2019 British GT Championship at Oulton Park on April 20 – 22.

Photo: @ParenRaval In a race where the final result was decided as much in the Race Control office as it was on track, victory went to the #116 ERC Sport Mercedes-AMG GT3 driven by Lee Mowle and, taking the car to the chequered flag, Yelmer Buurman. 4.352 seconds behind, in second place, was the #17 […]

Balfe Motorsport To Enter Third McLaren For Silverstone And Donington (29.05.19)

Lincolnshire-based Balfe Motorsport has announced that it will enter a third McLaren, a 570S GT4, in the Silverstone 500 and the first of the British GT Championship’s two visits to Donington Park. Currently the team has entries in both the GT3 class, with its #22 702S GT3 driven by Shaun Balfe and Rob Bell, and […]