2017 was a year of incredible highs and some deep frustrations for Surrey-based TF Sport. The team’s 2016 form in the British GT Championship seemed to elude it on occasions and a one-point lead in the LMGTE class in the European Le Mans Series going into the final round turned into a two-point deficit as the chequered flag fell in Portimáo. Those events were, however, were balanced by the team clinching the 2017 Blancpain GT Endurance Cup Pro/Am crown with Jonny Adam and Ahmad Al Harthy and contesting its first 24 Hours of Le Mans.

EnduranceandGT.co.uk editor Andy Lloyd caught up with TF Sport Director Tom Ferrier as the team prepared to depart for the Gulf 12 Hours of Abu Dhabi.

The 2017 British GT Championship, from the outside, looked like a very frustrating season for you. How did it feel from your perspective?

“That’s probably the right word – frustrating. Obviously we had come off the back of a really strong year. Mark and Jon were ever improving and we thought they were going to be in a place for a real title bid and we didn’t quite get it together. We were pretty strong at Oulton in the first round. Rockingham looked great and we qualified one and two but the Am drivers just had a bad race there. Starting first and second and finishing seventh and eighth was the worst outcome we could have had.”

“After that we discovered that Derek and Jonny had had a bit of a handling issue with the car which carried through to Silverstone as well. We eventually found it was due to some of the chassis glue had come away but it took us a long time to get to the bottom of it. That lost us the mid-part of the season with Derek and Jonny which was frustrating and I think that had a bit of an effect on Mark and Jon as well because the sister car wasn’t doing quite so well and I think that heads dropped a little bit in the camp. But then we were all up and singing at Brands Hatch and Donington.”

“It was just a mid-season lull which I would say affected the confidence of everyone a bit – the drivers and team. But you learn from it and it was lovely to end on a high to re-establish a bit of a boost back into the drivers and they’re all geared up now for next year.” 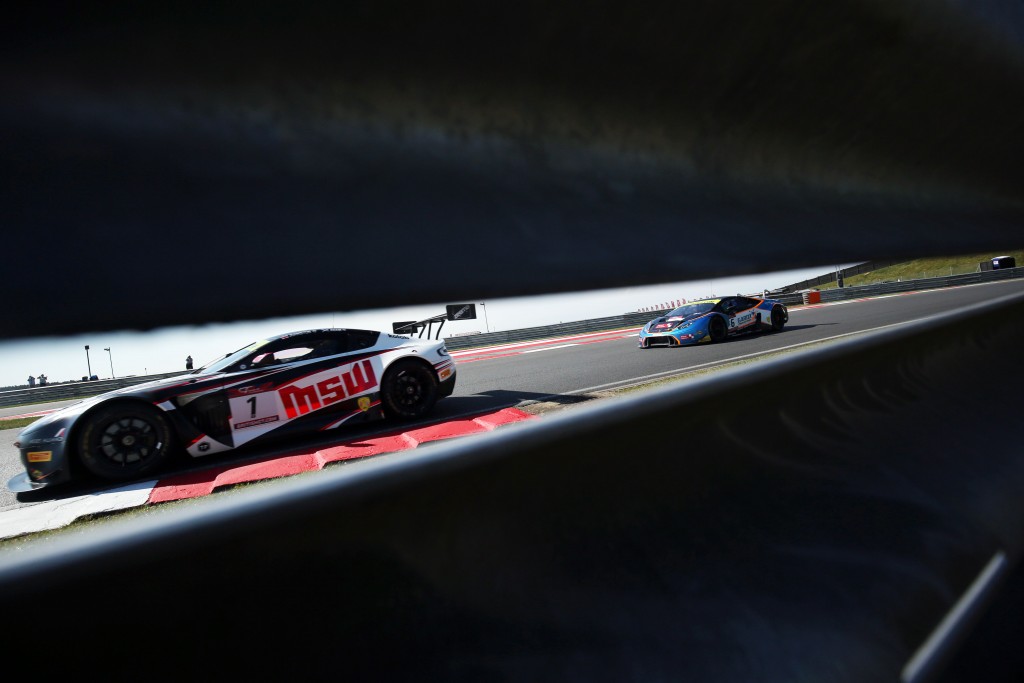 Derek Johnston and Mark Farmer have both already committed for next year. Does that give you a lot of confidence, to be able to plan for 2018 at this stage of the year?

“Absolutely. Being an Aston Martin team and wanting to stay an Aston Martin team, it’s not the easiest seeing as how the car is in its last year and she’s an old girl. To have that faith from our two Am drivers this early on has been lovely going in to the winter, that’s for sure.”

Stepháne Ratel has always been very clear about the balance between Am and Pro drivers in the British GT Championship. Do you feel that the regulations are about as good as they can get now for a national GT series?

“Yes, I would say so. There’s definitely nowhere else to go and race as a Pro/Am pairing. I think Derek Johnston summed it up. He was unsure if he wanted to do British GT or not mid-way through the year because he was obviously quite down. He went and looked at other options but to race in the UK there isn’t a more prestigious, well turned-out paddock with tougher competition. It’s the only place to be. We’ll just keep going hopefully. There’s rumours of GT3 slumping. There’s a cost issue there – these are expensive cars to run – but if you look at the quality of the teams that are in it, it’s very high so we’re very happy to be there.”

Looking at your European Le Mans Series campaign, the final round at Portimão looked to be heart-breaking bearing in mind how dominant you were in the earlier part of the season?

“Yeah, I’m still grumpy about it now, to be honest! It’s the worst way, isn’t it, to have led every round and to lose it by two points at the last race. I think, without getting political, things were against us. If you look at our Pro driver Nicky Thiim who’s one of the fastest men on the planet in a GT car and how he could qualify a second and a half off the pole position of a Ferrari is unheard of, really. I don’t think things were in our favour and we chose one way with the strategy and things didn’t go our way.”

“If the first full course yellow had happened five minutes later, we would probably have won the race by 45 seconds but as it happened it was the other side of the five-minute window and it hurt us. But that is GT racing. It was sad because the boys had done a great job on the car, our drivers were on-form and we were definitely dominant and not to come away with it was a bit disappointing. I’m greedy and I wanted to win two championships!” 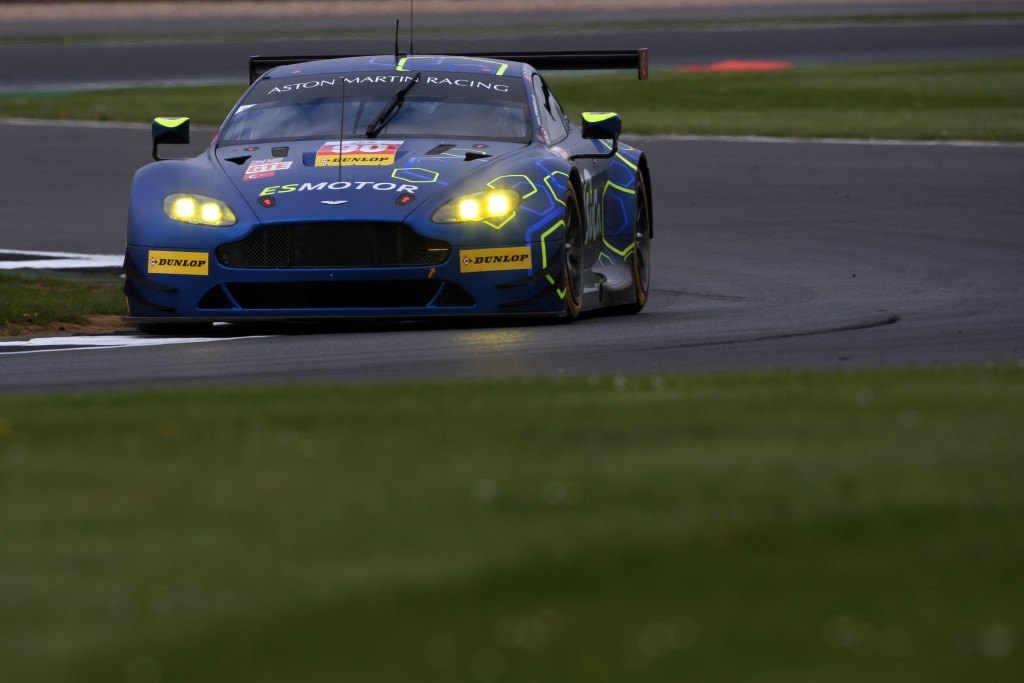 Your season this year included the 24 Hours of Le Mans. That must have been an incredible experience.

“That was the word to sum it up. It was absolutely mind-blowing from start to finish. It was lovely to be involved with the Aston Martin camp through our first Le Mans. That helped us a lot and it helped me more than anyone, probably. What an event! I couldn’t sum up the size of it, to be honest. Everyone absolutely loved it – the drivers, the team, everyone. We were very proud to have been there. I hope we can do many more.”

Was there one moment in that whole race week that you look back on and think: that was the moment?

“No, it was all a bit of a blur, to be honest. Obviously when we finished that was absolutely lovely. Having Jonny win the race was an incredible moment as well, as we were part of that camp. It was just a great event. We finished British GT on the Sunday night and I drove the van with Jonny in the back and some of the mechanics and we drove over night to Scrutineering. Every day you woke up, it was an exciting day because it was the first time doing it. And to get to the end of it, it was lovely to finish for all the boys who put the effort in – it was great. I think we have the potential to do more there but next time… as they say!”

Blancpain this year was brilliant for you. That must have counter-balanced some of the frustrations in the other championships.

“The Spa 24 was fantastic for us. We went there to try to win the championship and that was our strategy for the race. I think we could have fought for the win in the race had we not been trying to collect so many points along the way. Another great event. I think both 24 hour races this year have been awesome. Somewhat tiring but awesome!”

Jonny Adam’s drive at Monza was staggering. That, and his win at Le Mans, were my highlights of the year.

“He got the bit between his teeth. The car had been fast all weekend. Again we probably had favourable BoP there. We got the fastest lap of the race. But he didn’t put a foot wrong. There wasn’t a way we weren’t going to win that one once he got in the car. Hats off to him – he’s been wonderful to have in the team for the past two years.” 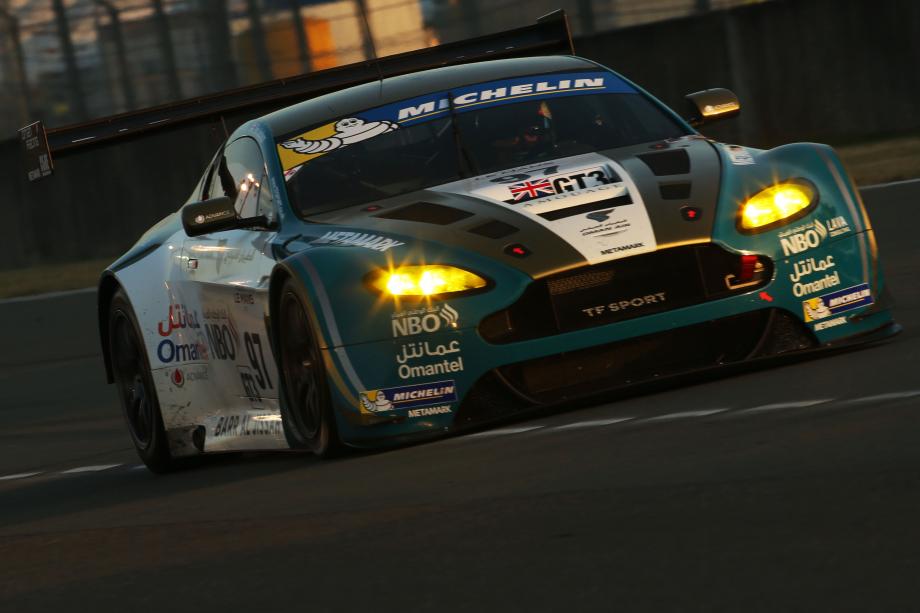 And now you’re off to the Gulf 12 Hours of Abu Dhabi. What are your thoughts on the final race of the season?

“It’s an event we’ve not done before so we have a bit of learning to do. We’ve got Euan Mckay, who’s not driven with us before, as one of the silver drivers so it will be good to see how he gets on. We have Tom Jackson, Le Mans support race-winner in ‘Road to Le Mans’ and we have Ahmad Al Harthy. Obviously the aim is to win Pro/Am and see where we can get to overall. It’s nice to have a race in the winter, to be honest. It’s such a long off-season, it’s nice to get everyone revved up again.”

Are you at a stage where you can say what your commitments will be in 2018 to Blancpain and the European Le Mans Series?

“I can tell you we’ll be in British GT definitely. We’re pretty much there with the FIA World Endurance Championship deal with Salih and Euan and a TBC driver. It’s not 100% confirmed yet. Then we’re looking at either the European Le Mans Series or Blancpain – it’s one or the other. We’re not quite sure which way it will go yet.”

The Gulf 12 Hours of Abu Dhabi takes place on December 16.

Photo: BritishGT.com / Jakob Ebrey Photography The 2018 British GT Championship enters its final round at Donington Park on September 22 – 23 and with the retirements announced of 2016 GT3 champion Derek Johnston and reigning GT3 champion Rick Parfitt Jnr, there will be plenty to make the weekend memorable and emotional. In the GT3 […]

Photo: BritishGT.com/Jakob Ebrey The 2017 British GT Championship visits Brands Hatch in Kent on August 5 and 6 for Round Nine, the penultimate round, as the season draws to a conclusion next month at Donington. 31 cars will take to the grid for a two-hour race on the full GP circuit, 10 in the premier […]

Photo: BritishGT.com / Jakob Ebrey Jack Mitchell, driving the #24 Macmillan AMR Aston Martin Vantage GT3, took pole position for the first race of the British GT Championship one-hour double header at Snetterton on May 28. Mitchell put in a 1:48.555 on his third lap to secure his first GT3 pole in the premier national […]