Mitchell put in a 1:48.555 on his third lap to secure his first GT3 pole in the premier national GT championship.

“We were really shocked with the time we put in because we had been an old tyres all day and we were quite shocked how much we could really push the car and get a really good time out of it,” said Mitchell. “Hopefully going into the race we can get a really good start and pull a little gap.”

“We learned a lot from Rockingham. Each weekend we’ve been getting better and better and that is the plan throughout the year – to keep on improving,” continued Mitchell. “James (Littlejohn) knows what he’s doing. He’s very clever when it comes to set up and what he wants in the car and the good thing is we agree on what we want.”

Second on the grid for May 28’s first race will be the championship-leading #33 Barwell Motorsport Lamborghini Huracán GT3 after Jon Minshaw put in a 1:49.431. Third quickest in GT3 Am qualifying was the #31 Team Parker Racing Bentley Continental GT3 after an under-the-weather Rick Parfitt put in a 1:49.668.

“They don’t call it my home circuit for nothing so I’m really chuffed about this,” said Reed. “This is an ideal situation for us because we really needed that pole for the first race. We just want to win this first race, get some points and get the championship lead again so I’m really happy with it. Everything went to plan.”

Barwell Motorsport will occupy the front row of the grid for Race 2 on May 28 after Phil keen put the #33 Lamborghini Huracán on pole with a 1:47.332. The #6 sister entry will sit alongside it on the front row after Sam Tordoff put in a second-quickest time of 1:47.935. 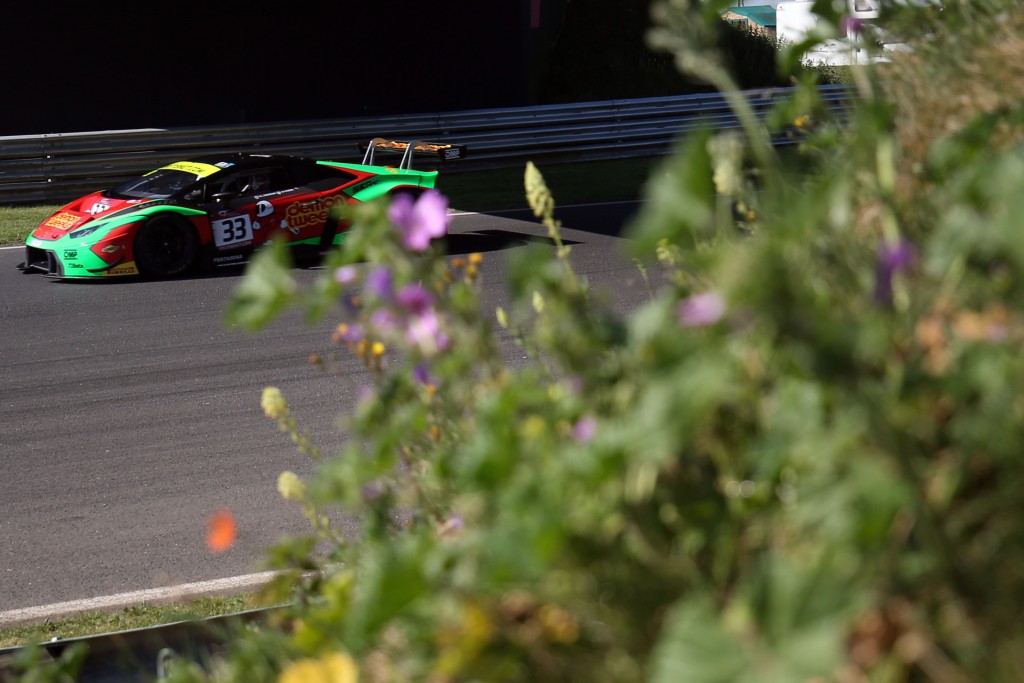 “Barwell and Jon have done really well and Lamborghini have given us a good car this weekend so we need to build on it for the raced,” said Keen. “We’ll see where we finish in Race 1 but it always helps to start at the front.”

Taking pole position in the GT4 class for Race 2 was Joe Osborne in the #56 Tolman Motorsport McLaren 570S GT4. Osborne put in a 1:57.225 to take pole, .267 seconds quicker than Stuart Middleton in the HHC Motorsport Ginetta G55 GT4.

Osborne was quick to credit the car and the team after the session.

“To be fair, it’s the car that’s pole position,” said Osborne. “My lap was average.”

“Now we’re at the front hopefully we’re more in control of our own destiny,” continued Osborne.

Cheshire’s Oulton Park stages for the opening rounds of the 2019 British GT Championship over the Easter weekend of April 20 – 22. 35 cars will take to the iconic 2.692 mile (4.307 km) circuit, regarded as an ‘old school’ track of blind crests, changing gradients and challenging corners. 14 cars representing seven manufacturers are […]