Some motorsport enthusiasts decide to celebrate their 40th birthday by buying a motorbike…..or a sportscar. Jonathan Jones decided to recognise the ‘Big Four Zero’ with the year-long adventure of following the 2017 British GT Championship and attending all nine rounds in the company of his family.

Oxfordshire-born and now a resident of Sheffield, Jonathan Jones (@icklejon on Twitter) spoke to www.EnduranceandGT.co.uk editor Andy Lloyd about how the inspiration for the plan came from two sources; a visit to Le Mans in 2016 and attending the final round of last year’s British GT season at Donington Park.

“We were in France on a summer holiday and we’d just visited the Le Mans circuit,” explained Jonathan “While we were there a Ford GT40 was out on the circuit and it was just a stunning sound. A couple of weeks later I was at the final round of the British GT Championship at Donington Park and somehow, out of the combination of the two, the idea cropped up. What a way to make it a year-long celebration as opposed to one particular date!”

Being brought up in the middle of the British motorsport heartland, it was Jonathan’s father who first instilled his love of all things fast.

“A lot of my friends’ parents were involved in the motorsport industry and my dad used to take me along to Formula One so I grew up with Formula One to begin with and also Touring Cars. From there, I got into rallying, Prodrive being up the road, and then over the years I tended towards sportscars and it’s just gone on from there. I’ve been to the Blancpain GT Series at Silverstone and the British GT Championship over a good few years now. And it’s grown and grown. I love the cars and the close wheel-to-wheel racing.”

With his love of sportscar racing, it was almost inevitable that Jonathan would chose the British GT Championship to follow in his birthday-celebration year.

“It’s proper wheel-to-wheel racing and it’s also the accessibility of that paddock. Of all the different racing I’ve been to, it’s the one that I almost felt part of it, of being able to go and chat to the drivers, chat to the mechanics and go into the garages and see the cars. You are part of that scene and to then be out on circuit watching them going round when half an hour before you were chatting to the drivers, it’s quite a privilege. I like being able to feel a genuine part of the series.” 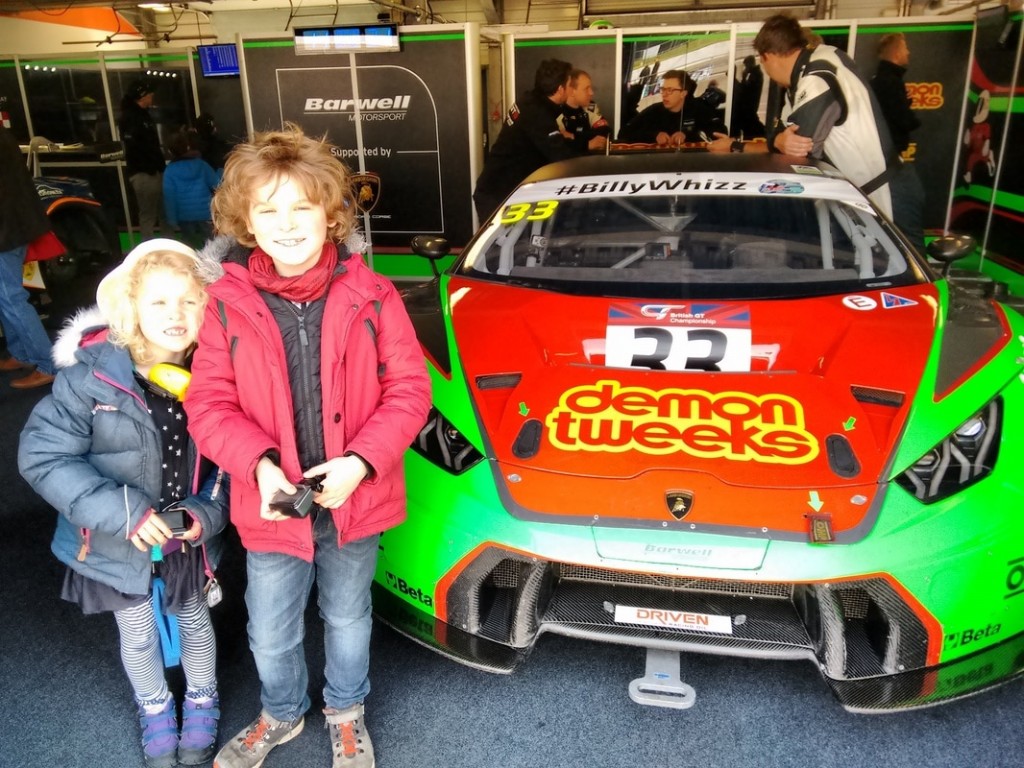 Jonathan is also recording his season in his blog (http://gt40th.weebly.com/blog). How has he found the experience of recording his visits in writing?

“It’s really enjoyable. I’m partly writing it as a diary so that in years to come, I can come back to that blog and revisit and relive those moments and the excitement.

I’m conscious of trying to do it as quickly after the event as possible which isn’t always possible just because of family life and work. It’s a lovely process to go through, to relive it like the weekend like that.”

Jonathon’s two children have also started to appreciate racing through the enthusiasm of their father. I asked Jonathan if he now had two ‘wannabe’ racing drivers in the family.

“Yes, there’s a very real risk!” said Jonathan, laughing. “My son’s already started going to parties at go-kart places and fancying his chances on that and he enjoys playing the simulator games we’ve got on the PlayStation. Meanwhile my daughter is showing signs that she enjoys the sport so yes, it’s a slightly worrying couple of signs being shown!” 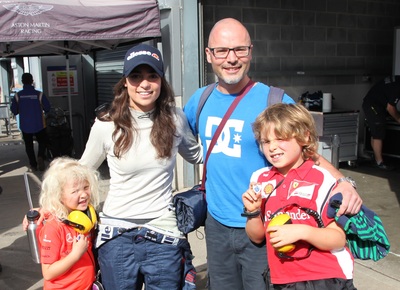 So what’s next for Sheffield’s motorsport family?

“I’ll continue to follow British GT. Donington Park is my closest track so I’ll continue to go there and also Oulton Park and Rockingham because they’re not that far away from Sheffield. But what I‘d really like to focus on is taking in a 24 hour race so maybe Le Mans or the 24 Hours of Spa with the GT cars .”

It looks like a new motorsport dynasty may be being developed in South Yorkshire!

Photo: BritishGT.com Nijmegen, Holland-based Equipe Verschuur has announced that it will enter the 2018 British GT Championship with its McLaren 570S GT4 to be driven by Finlay Hutchison and Dan McKay. The Dutch team joins Balfe Motorsport on the 2018 GT4 grid with a McLaren 570s, Shaun Balfe’s team having taken over the running of […]

Photo: BritishGT.com / Jakob Ebrey The #88 Team HARD Ginetta G55 GT4 of Ben Wallace and William Phillips will start Race One of the Bank Holiday British GT Championship double-header from ninth on the grid after William Phillips lapped the 4.307 km Cheshire circuit in 1:44.570. Phillips, who was asked to drive for the Rochester-based […]