As the 2018 running of the 24 Hours of Le Mans draws to a close, EnduranceandGT would like to offer some thoughts and reflections on the Great Race as well as looking ahead, as indeed the ACO is with its announcements about regulations for future classes from 2020.

Fernando Alonso, double Formula One World Champion, driving the #8 Toyota Gazoo Racing TS050-Hybrid he shared with Sébastien Buemi and Kazuki Nakajima, won the 2018 24 Hours of Le Mans by a margin of two laps over the sister #7 car and 12 laps ahead of the nearest non-hybrid contender. Many people regarded that Alonso’s victory was a foregone conclusion, that the race win was gifted to him by Toyota, the series organisers the ACO and the FIA in order to generate interest in endurance racing and to allow the ‘halo’ effect to fall on the 2019 Indianapolis 500.

If Alonso can win the ‘jewel-in-the-crown’ of the US single-seater world, the Indy 500, he would secure the ‘Triple Crown’. (Incidentally, the Motorsport Triple Crown, as defined by Graham Hill, consists of the Formula One Drivers Championship, the 24 Hours of Le Mans and the Indianapolis 500 – not, as some commentators have suggested, the Monaco Grand Prix. It doesn’t matter as Alonso has won both.)

Even if all the above were true, it does not detract, in any way, from the achievement of winning at Circuit de la Sarthe. It is true that the pressure was off Toyota Gazoo Racing with no other manufacturer hybrid cars. However, to circulate around a busy track continuously for 24 hours, contending with traffic, with varying driving standards and with weather that can change in a heartbeat, is no mean feat. For the Spaniard to pull this off on his first attempt, ably supported , of course, by Buemi and Nakajima, is nothing short of incredible. Remember that, for decades now, Formula One drivers have lived within their own little bubble and the careers such as those enjoyed by Jacky Ickx, Derek Bell, Jackie Stewart and Brian Redman, where drivers mixed sportscar and Formula One events in the same season, are long gone. Until 2018, Alonso had enjoyed very limited running in a top-level prototype. We should enjoy the privilege of watching one of the greatest drivers of all time demonstrating his skills on the world’s finest circuit.

2) We Can’t Always Have Close Finishes.

The Le Mans crowd has been spoiled in recent years. In 2014 we had the JotaSport Gibson-Zytec carve its way through the LMP2 field to take the class win. In 2016 we had the heartbreak of the lead Toyota TS050 failing mechanically on the last lap. In 2017 we enjoyed the prospect of an LMP2 entry, the Jackie Chan DC Racing Jota entries again, in with a shout of an overall victory. 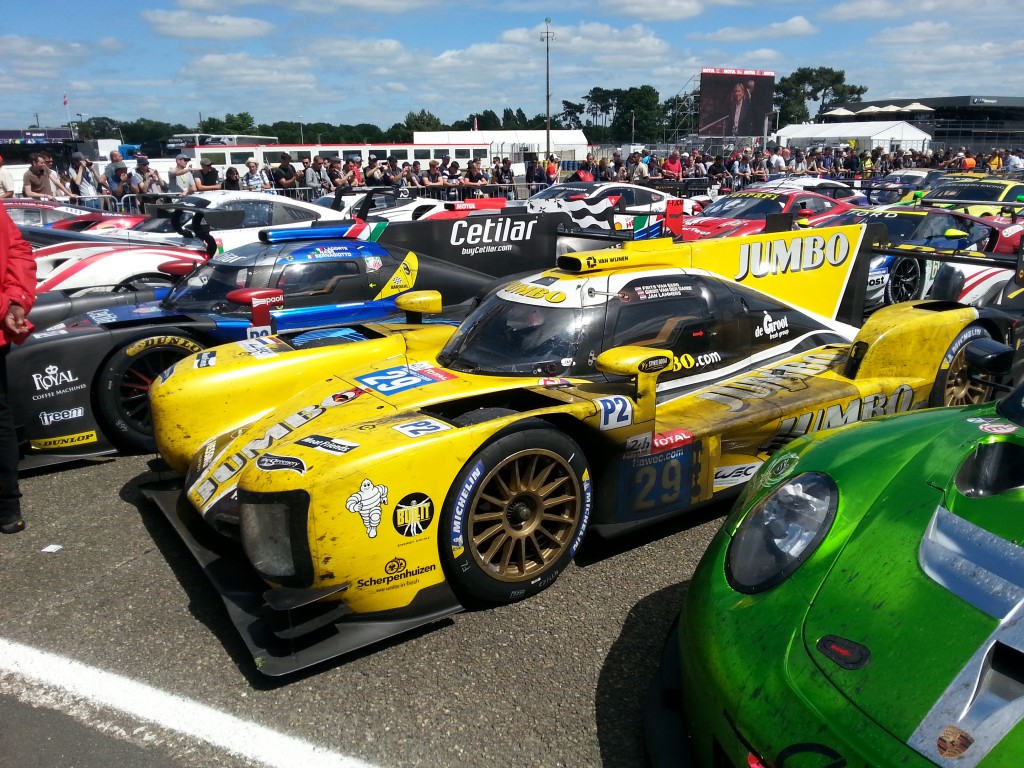 In 2018 we did not see that. Toyota had the LMP1 class locked up, the #26 G-Drive Racing entry took the lead near the start and held on to it until the chequered flag and the LMGTE Pro Porsches look bullet-proof from the start.

We can’t always have nail-biting finishes to endurance races and neither should the organisers be encouraged to create them.

There was much discussion about Balance of Performance tinkering on the eve of the race and whilst it undoubtedly helped create a slightly closer race, true enthusiasts are interested in seeing the best that manufacturers and engineers can produce and not an artificially-created contest where manufacturing excellence and race-craft are penalised by weight and air restrictions.

Over the course of a week at Le Mans, the EnduranceandGT team had the immense pleasure of bumping into, and talking to, some great people. We met James Allen (driver of the #40 G-Drive Racing entry), David Clark (partner at Jota Sport – Jackie Chan DC Racing), Hugh Chamberlain (team owner and manager for decades and fantastic character), Seb Delanney and his sister Chloe (one of the world’s biggest supercar vloggers on YouTube), Jenson Button (enough said)! and Gemma Hatton (Racecar Engineering Deputy Editor and Radio Le Mans commentator). All were happy to talk and share their love of fast cars and endurance racing. 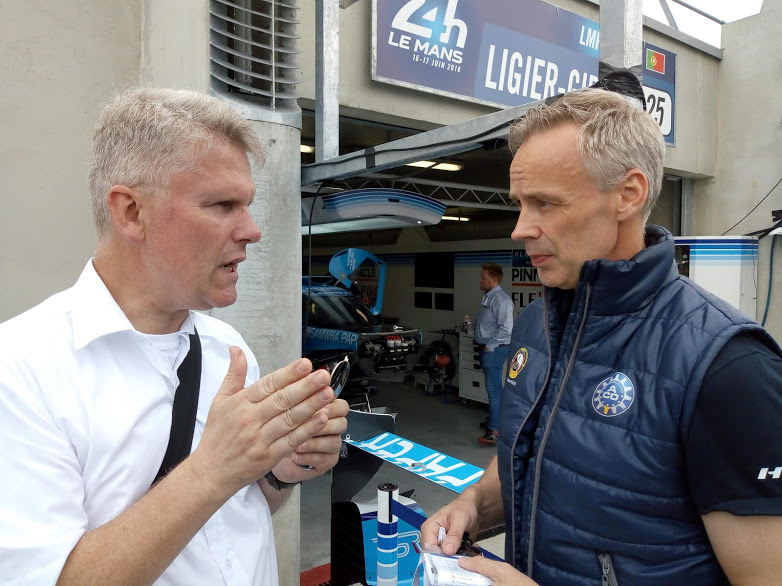 This list doesn’t include the dozens of other enthusiasts, characters, fans and team personnel who are all at Le Mans to enjoy a week of camaraderie, fast cars, great racing and for some, a little business as well.

I have never failed to enjoy the company of racing people and the more you understand the sport, its rules and regulations and its history, the more those relationships deepen and grow.

4) The weather has a part to play.

The weather at Le Mans is always a huge variable. In 2017 we were blessed with almost unbroken sunshine from the day we arrived to the moment we left. That was not the case this year.

Heavy rain greeted participants from Scrutineering Sunday onwards and a large area of the Pays de Loire, north of the City of Le Mans, was hit with flooding from Tuesday after onwards and this included the EnduranceandGT team.

As it was, the race was largely unaffected by rain but the risk was always there. If you come to Le Sarthe, make sure you pack plenty of wet-weather gear!

5) The ACO is thinking ahead.

The outlines of new regulations due to come in to effect from 2020 onwards were announced during Race Week. The regulations, at this stage, have probably sparked more questions than commitments from manufacturers but the concept of cars that look like ‘hypercars’ (as the ACO calls them), much reduced costs and hydrogen fuel cell power some years down the line shows that the ACO is thinking very hard about what the future of endurance racing will look like.

Was it a comfortable experience? Not all the time. Was the racing ‘edge of the seat’ stuff? Not especially. Did we bask in golden sunshine? For the most part, no. Did we see history being made? Possibly.

All Photos: Roger Jenkins. The EnduranceandGT team of editor Andy Lloyd and photographer Roger Jenkins arrived at Circuit de la Sarthe in the early hours of Tuesday June 11 following a trouble-free run down from Calais overnight. The torrential downpours that blighted the packing day on Monday in the UK seemed to have abated as […]

“I Would Like To See The Chequered Flag” – G-Drive’s Rusinov Is Cautious As Race Enters Eighth Hour (16.06.18)

Photo: gdriveracing.com After qualifying third in the LMP2 class for the 2018 running of the 24 Hours of Le Mans, the #26 G-Drive Racin ORECA 07, driven by Andrea Pizzitola, Roman Rusinov and Jean-Eric Vergne has led the huge class field for much of the first eight hours of the French classic. Despite a string […]