Mike Conway and Kamui Kobayashi pit the #7 Toyota Gazoo Racing TS050-Hybrid on pole for November 5’s 6 Hours of Shanghai after the British driver lapped ion 1:43.139 and Kobayashi put in a 1:42.526 to average 1:42.526, over .7 seconds quicker than the average of the #1 Porsche LMP Team Porsche 919 Hybrid which was qualified by André Lotterer and Nick Tandy.

In the LMP2 category it was the #31 Vaillante Rebellion ORECA 07 which took pole after Julien Canal and Bruno Senna lapped in an average of 1:49.217. The #31 car was over .2 seconds quicker than the second quickest #26 G-Drive Racing ORECA 07 in which Léo Roussel and Nico Muller lapped in 1:49.460.

Third on the grid in the LMP2 category will be the #13 Vaillante Rebellion entry which was qualified by David Heinemeier Hansson and Nelson Piquet Jnr. 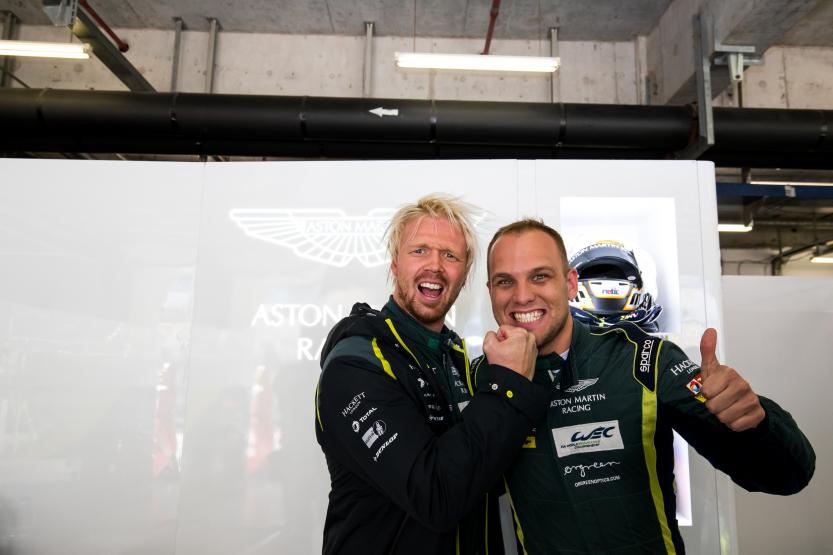 Joining the #95 car on the front row of the LMGTE Pro grid will be the #92 Porsche GT Team 911 RSR of Michael Christensen and Kevin Estre who circulated in an average of 1:59.916.

AF Corse with its #51 Ferrari F488 GTE rounded out the top three in the category after James Calado and Alessandro Pier Guidi averaged 2:00.247.

The lights go out for the start of the 6 Hours of Shanghai at 11:00 local time on Sunday November 5.

G-Drive Racing, managed by Kent-based JOTA Sport, has announced that Alex Brundle will join the team to partner Roman Rusinov and René Rast for the remaining rounds of the 2016 FIA World Endurance Championship season. Currently leading the LMP3 class in the 2016 European Le Mans Series driving for United Autosports, Brundle tested for G-Drive […]

Photo: Paren Raval David Brabham, triple Le Mans winner and son of three-time Formula One World Champion Sir Jack Brabham, has announced that the family name is poised to be seen back on the race track when the Brabham BT62 is entered into the FIA World Endurance Championship for the 2021/22 season with the objective […]

After weeks of rumour, Audi has confirmed that it will withdraw from the FIA World Endurance Championship, including the 24 Hours of Le Mans, at the end of the 2016 season and will instead focus on the Formula E series. Chairman of the Board of Management Rupert Stadler spoke to employees of the motorsport department […]