After missing the first six rounds of the 2017 British GT Championship, York-based Ebor GT returned in style for rounds seven and eight at Circuit de Spa-Francorchamps with a double GT4 class win. EnduranceandGT editor Andy Lloyd spoke to Ebor GT partner Adrian Snook about the weekend and what the future holds for the #60 Maserati GT MC GT4 in 2017.

First of all, many congratulations for the double win at the weekend. When you drove through the gates at Spa-Francorchamps last week, did you ever, in your wildest dreams, think you would leave with two class victories?

“No, not at all. We hoped that we’d get a podium because we knew that Matty (Graham) was very special and Charlie (Fagg), we’d been told, was also very quick. Charlie got better and better the more he drove the car so, between them, they worked well together.”

The Maserati has been missed for the first six rounds of the 2017 British GT championship. That must have been very hard for you, wasn’t it, knowing you had a quick car but, for six months, no drivers?

“Yes, exactly that. We’d gone out testing and taken occasional times and we knew that the car could do it. It just needed the right drivers but yes, it was frustrating.” 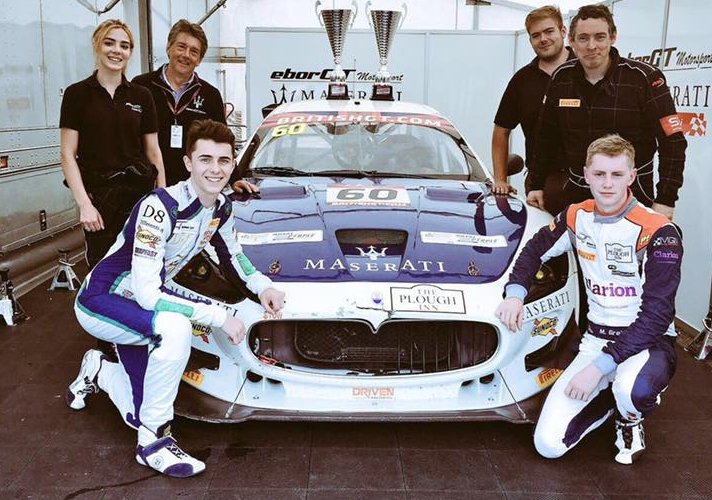 How much development did you do with the Maserati GT MC GT4 over the winter?

“In the off-season we only changed three things; we changed the colour of the car, we changed the drivers and we changed the suspension back to Maserati’s settings. Maserati has been running this car for a number of years so they knew what they were talking about. So to go back to basic settings, and working in that way, worked for the car. We didn’t play with it – we just did what Maserati told us to do. And it worked – perfectly.”

Where did the pace of the car come from at Spa?

“It was all down to suspension settings. The guys didn’t feel it was any quicker on power – it was the same as any other GT4 car. Matty’s time was gained in the tight, twisty sections. He was able to hustle it round there better.”

You had a problem for qualifying where, after being quick in practice, you couldn’t get out for the two sessions. Could you explain what happened?

“We had a problem with a hydraulic pump on the gearbox which seized as Charlie came into the pit-lane at the end of FP2. Fortunately, as it was Friday, we were able to locate one in Antwerp but we couldn’t get it back to the circuit in time for qualifying. So we fitted it that night and prepped the car for the next day to start from the back

Matty Graham and Charlie Fagg, as a driving partnership, clearly gelled quickly and effectively. You must have been very pleased with their mature approach to the two races bearing in mind where they were starting from?

“Yes, I think they both enjoyed it! It was mature drive from both of them – Charlie at 17 and Matty at 20. It was a very sensible drive.”

The big question – where next for Ebor GT and the #60 Maserati GT MC GT4? Do you hope and expect to be back on the grid for Round Nine at Brands Hatch in August?

“Yes, we hope and expect to back on the grid but nothing has been confirmed. Following Spa we’ve had a lot of people enquiring about the next drive but obviously we’d like the same two drivers so we’ll see what happens.”

The British GT Championship returns for Round Nine at Brands Hatch on August 5 – 6.

Photo: EnduranceandGT.co.uk A team of wounded, injured and sick (WIS) veterans of the British Armed Forces will compete in the 2018 – 19 British GT Championships in a specially designed Jaguar. The team, named Invictus Games Racing, is a collaboration between the co-founder of the clothing brand Superdry James Holder and the Invictus Games Foundation. […]