Sam Hignett, partner in JOTA Group and Team Principal of Jota Sport, met with EnduranceandGT editor Andy Lloyd to discuss the team’s incredible successes and his thoughts for the future direction of the team he started in 2002. The story of the rise of Frant-based Jota Sport is one that is not told enough and Sam was very generous with his time to share his thoughts about the team’s achievements and where he sees the direction for Jota Sport in the future. 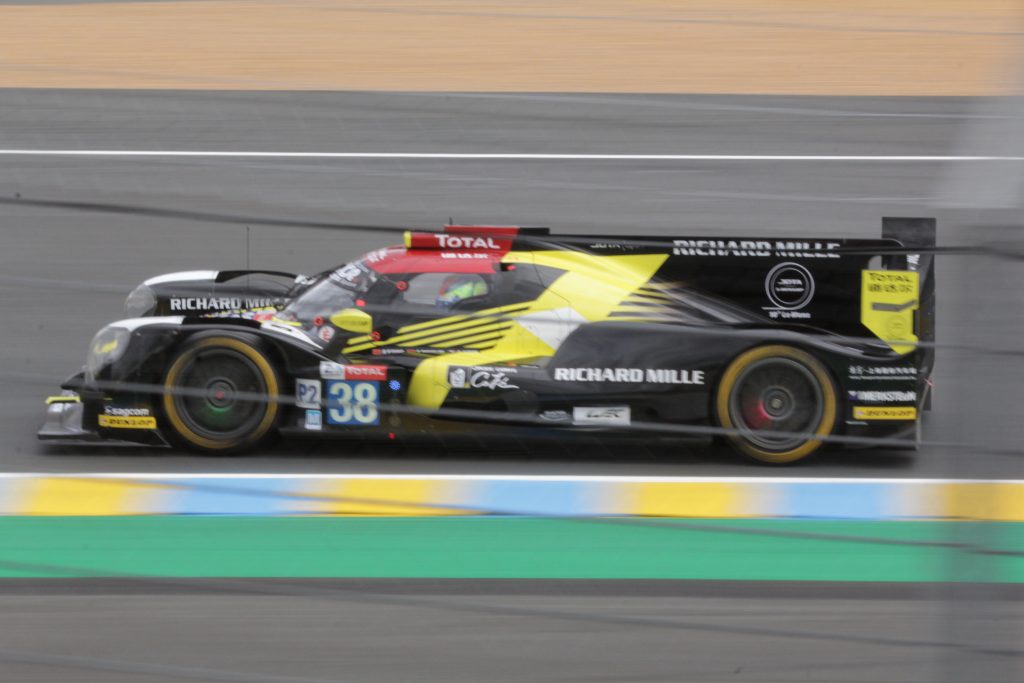 In 2012 Jota Sport didn’t finish the 24 Hours of Le Mans. In 2013 you finished seventh in class. In 2014 you won the LMP2 category. That is a very steep success trajectory. What were the principles you were adopting at that time to develop the team as well as it did over the course of those three seasons?

“I think we had good consistency in drivers. We had Simon Dolan as the Silver Driver, which was so critical at that point in time as it is now, and I think we had good teammates – Sam Hancock, Oliver Turvey, and Harry Tincknell. It was all about having the best people around Simon that we could have. The car, as what was then the Zytek, was a very reliable car. It was a lot simpler than the cars are now. It was a good run-in for us.”

“I think we felt we were in quite a good place because we had a good run in the ELMS (European Le Mans Series) beforehand although we’d had the big accident at Silverstone with Simon so that had put us on the back foot. Then we had the Spa WEC race and we got a result there so I think we thought that we were probably in contention for a podium but not necessarily the win. It was also the first year with the (LMP2) coupes as well and nobody knew how quick they were going to be.

“Obviously we had the big fuss during the week because Duval had the accident (in the Audi) and we lost Marc Gene (back to Audi as Duval’s replacement) on the Wednesday. We had to fly in Oliver Turvey for the Thursday morning and then get him qualified. I think the reality was that, by the time race day came around, we were so on the back foot and so shaken up by everything it was big surprise to get a result like that. We’d also had the problem early on with the gear potentiometer failure so I think we lost a lap very early on but we just kept pounding round.”

What opportunities did that 2014 victory bring to your company?

“I think it certainly put us on the map and it was probably the thing that eventually brought G-Drive to us in 2016. It certainly started the conversations with G-Drive about WEC and, with a small team growing, each opportunity is a step on the ladder to getting bigger and bigger so it safe to say that was the first rung on the ladder in talking to G-Drive.”

What was the driving force behind going into the FIA WEC in 2016?

“Jota was a quite a big, successful team since the early 2000s – we’d done a lot. When Simon came on board we were very focused on his driving and it was the opportunity, as I said, to take the next step and go on to the next thing. It was a logical progression to move up into WEC with a completely funded programme by G-Drive. G-Drive came to us and asked us to look at it and the conversations started at the British Grand Prix in 2015.”

2016 must have been an incredibly busy year because you were competing in both the ELMS and WEC.

“With two different chassis and that was hard. It was complicated but it was good year – a very good year.”

2017 was the astonishing year when you had the outright lead at Le Mans. Did you believe you could take the outright victory?

“All sorts of things that could have happened but, as I’ve said to people previously, the focus of the team was to win LMP2 and we fortuitously ended up leading the race outright for a couple of hours but it was never really a distraction – it was just a matter of getting the cars home first and second in LMP2.”

You moved from that to running WEC and the Asian Le Mans Series. That must have kept you busy every single day for about two years, didn’t it?

“Yes, that was quite a project rolling from WEC into Asia because it was two cars in WEC and two cars in Asia so it was a big programme.”

And you had a number of drivers involved in the Asian Le Mans Series programme.

“Yes, the car that won the Asian championship stayed consistent but the other car changed around quite a bit so that was a busy few months certainly.”

And then you took on Blancpain in 2018 and the logic behind that, I think you said before, was that it made sense from a business perspective that WEC gave you some gaps in your calendar and Blancpain effectively filled those gaps in.

“The original reason we looked at it was that with the FIA WEC Super Season, five races and a big body of full-time staff, it made sense to plug some of the gaps. Subsequently now in 2019 with it going back to a more normal calendar and with Blancpain programme having grown, they’re now two completely different teams so that was a one year stop-gap that’s turned into two entirely different programmes.”

I appreciate that Jota is more than just the race team – there are also the engineering and aviation sides. How important is the engineering side and the aviation business to the overall health of the group?

“The aviation side is entirely separate now. I started aviation back in 2008. Subsequently Simon Dolan got involved and has invested very heavily in that business and half way through last year I sold the last of my shares out of that so Simon has complete control of Jota Aviation. The race team and the engineering business are very closely tied together. The engineering business does work for the race team and vice versa sometimes so they are linked together but they are two separate businesses.” 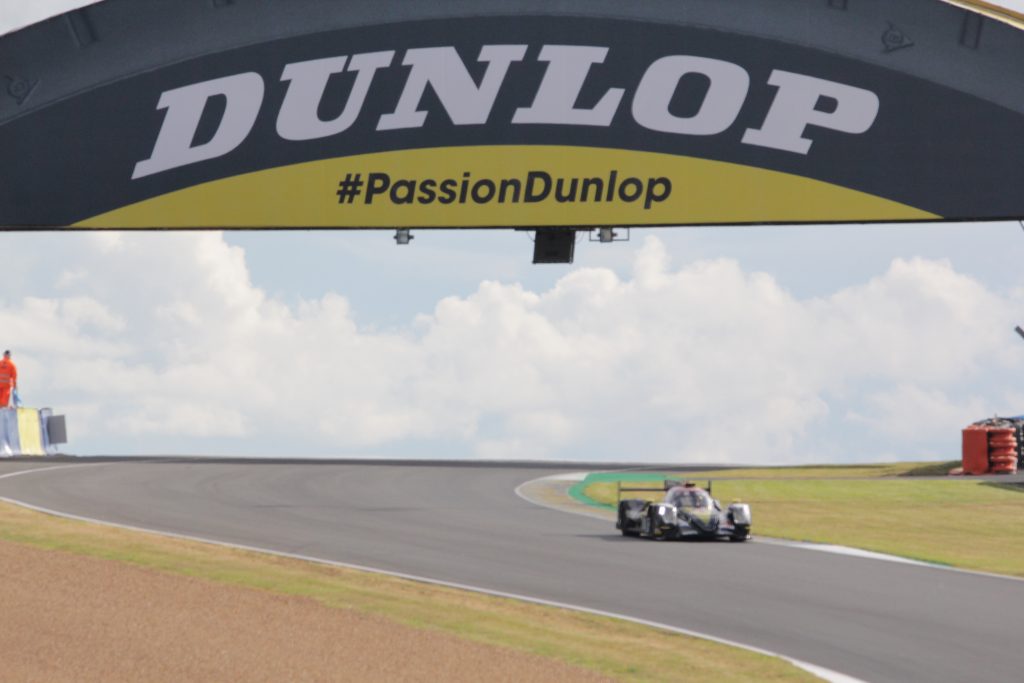 So what are your plans for Jota Sport moving forward? Are you committed to the WEC for the foreseeable future?

“Yes. I think so. We’re very interested in Hypercar and what might come so what’s announced on Friday (by the ACO) will be interesting. Also we’re very interested in GT. I think LMP2’s fantastic but there is only so much you can do and achieve in LMP2 and it’s gets ever more expensive. I think, as we’ll see in the entry list when it’s announced, there’s a real interest in GTE Am in WEC at the moment so that’s certainly something we’d like to look at.”

Taking a step back a couple of years, did you ever look at the LMP1 Privateer class and see what the opportunities were there?

“No, never seriously because you needed such an enormous beneficiary in the background, either a Rebellion or an SMP behind you, that you could never do it yourselves. You were always going to be at the mercy of a rich person who might decide the next day they want to go sailing. So for me, that’s not a sustainable business proposition. It was never something we looked at too seriously.”

Do you think there’s a general, across-the-board interest in the Hypercar format?

“Yes, I think there is and certainly it’s edging closer to becoming clearer. I hope this Friday it will be a lot clearer and there will be a really firm and strong announcement. I think if there is, I think there’s a lot of manufacturer interest but they’ve got to knuckle down, dictate the regulations and go for it.”

During the running of the 2017 24 Hours of Le Mans, EnduranceandGT.co.uk photographer Roger Jenkins took thousands of images across the whole of race-week. Roger has been perfecting his techniques for shooting cars both in day and night conditions and this year surpassed himself with some excellent and evocative pictures. Over the next few weeks, […]

After 90 minutes of racing for the 2019 running of the 24 Hours of Le Mans, Toyota Gazoo Racing held the overall lead after a determined stint from Mike Conway put the #7 Toyota TS050 Hybrid over 30 seconds ahead of the sister #8 car with Sébastien Buemi at the wheel. Completing the overall top […]