Jon Minshaw and Phil Keen, driving the #33 Barwell Motorsport Lamborghini Huracán, took the GT3 victory in Race One of the weekend’s double-header at Circuit de Spa-Francorchamps. Second across the line at the chequered flag was the TEAM WRT Audi R8 LMS GT3 driven by Alain Ferte and Stuart Leonard.

The GT4 class saw a remarkable win for the #14 Ebor GT Maserati GT MC GT4 driven by Matthew Graham, on his first competitive drive for the York-based team and Charlie Fagg, making his debut in the British GT Championship. 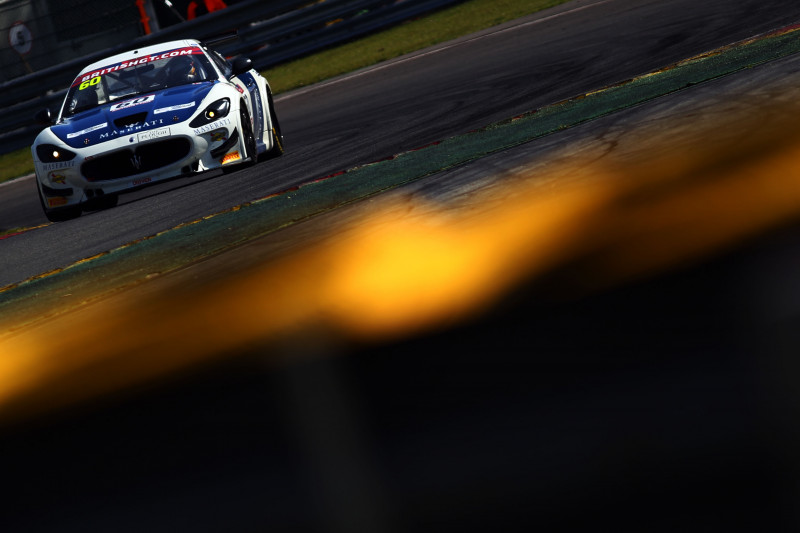 The #31 Team Parker Racing Bentley Continental GT3 with Rick Parfitt at the wheel led from pole at the start but the flow of the race in the first 30 minutes was disrupted by two safety car periods. The first occurred when the #43 Century Motorsport Ginetta G55 GT4 with Steve Fresle at the wheel had an off at Raidillon. The second occurred shortly after when there was a coming-together of the #111 Century Motorsport Ginetta G55 GT4 piloted by Anna Walewska and the #66 Team Parker Racing Porsche Cayman GT4 Clubsport MR with Nick Jones driving at La Source. By the time the safety car periods had ended, the race was entering the pit-stop window.

As the pit-stops and driver changes cycled through, it was the #33 Barwell Motorsport Lamborghini Huracán GT3 with Phil Keen at the wheel who led the field, a position he hald to the chequered flag.

In GT4 an almost certain victory for the #56 Tolman Motorsport Ltd McLaren 570S GT4 driven by David Pattison and Joe Osbourne was snatched away on the penultimate lap by a puncture. The #60 Ebor GT Maserati, meanwhile, had been moving up the field, having started from last due to a problem which meant the car could not be qualified.

Race Two of the British GT double-header weekend at Spa-Francorchamps will start at 13:00 local time (12:00 BST) on Saturday July 8.

Fenny Compton-based Century Motorsport has announced that it is to campaign a second BMW M6 GT3 in the 2019 British GT Championship, to be driven by the Pro-Am line-up of Dominic Paul and Ben Green. Since announcing its first entry in the senior category at the end of 2018, with the driver line-up of Adrian […]

Photo: Jakob Ebrey Photography Mark Murfitt and Michael Broadhurst will return for a second season in the British GT Championship with Fox Motorsport. Pro-Am Murfitt and Broadhurst, who finished sixth in the 2018 Pro-Am standings, will drive the Maldon, Essex-based team’s Mercedes-AMG GT4, presented in a livery that will be chosen by the championship’s fans. […]

Photo: BritishGT.com On a track that was both drying and warming, marginally, Jonny Adam, driving the #75 Optimum Motorsport Aston Martin V12 Vantage went quickest in FP1 for the first round of the 2018 British GT Championship. Second quickest, in a session where lap-times were tumbling as teams pitted for slick tyres with 15 minutes […]