53 cars are on the entry list for the first three-hour race of the Blancpain GT Series season. There are 30 Pro entries, 18 entries Pro-Am entries and 5 entries in the Am category.

The manufacturer with the most cars on the grid this weekend will Mercedes with 13 examples of the Mercedes-AMG GT3. Rabastens, France-based AKKA ASP is bringing four Mercedes-AMG GT3s, two with full Pro driver line-ups and two with Pro-Am line-ups. HTP Motorsport is also entering four AMG GT3s, three with Pro line-ups and one with a Pro-Am line-up. It was the #84 Mercedes-AMG team HTP Motorsport entry which won the opening round of the 2017 Blancpain GT Series, the Sprint Cup race at Misano, where the driving duties were shared by Franck Perera and Maximilian Buhk. For the TM Performance 3 Hours of Monza, Buhk and Perera will be joined by Jimmy Eriksson.

Three Mercedes-AMG GT3s have also been entered by Black Falcon and a further two by Team Zakspeed.

Lamborghini and Ferrari are also represented by 10 entries apiece.

Lamborghini will be hoping that the results seen in the first round of the British GT Championship can be repeated on Italian soil. Two Huracán GT3s have been entered by GRT Grasser Racing Team, both with Pro driver line-ups. Attempto Racing has two Huracán GT3s on the entry list, one with a Pro line-up and one with Pro-Am drivers. Ombra Racing, Raton Racing and Orange 1 team both bring one example apiece. Barwell Motorsport, fresh from a double victory at the opening weekend of the 2017 British GT Championship, has entered two Huracán GT3s, both with Pro-Am line-ups. Adrian Amstutz, Martin Kodric and Patrick Kujala will pilot the #77 entry while Leo Matchitski, Miguel Ramos and Richard Abra will share the driving duties in the #78.

Audi is represented by seven R8 LMS’. All have Pro driver line-ups with the exception of #26 Sainteloc Racing which fields Pro-Am drivers. 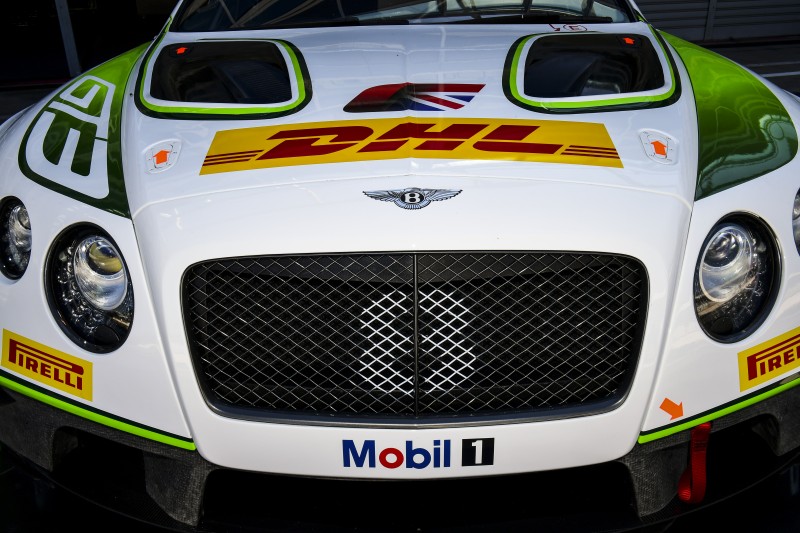 Bentley will have just two Continental GT3s on the grid. Bentley Team M-Sport has entered the #7 car to be driven by Steven Kane, Guy Smith and Oliver Jarvis, fresh from his victory in the #38 Jackie Chan DC Racing ORECA 07 LMP2 at the first round of the FIA World Endurance Championship. The #8 will be driven by Andy Soucek, Maxime Soulet and Vincent Abril. Both Kane and Abril enjoyed success in the Sprint Cup race at Misano where they finished second.

There is plenty of track-time for all drivers with a one and a half hour Free Practice session on Saturday at 10:45, a Pre-Qualifying session of similar duration at 16:05, and hour-long Qualifying session on Sunday April 23 at 09:50 with the lights going out for the start of The TM Performance 3 Hours of Monza at 14:45 local time.

The GT3 category was refined and developed by the SRO Organisation and the Blancpain GT Series represents some of the best GT3 racing in the world. Set against the stunning backdrop of the Autodromo Nazionale Monza, this is a race-weekend not to be missed.

Caldarelli And Mapelli Lead Championship After Victory At The Nürburgring. (31.08.19)

Andrea Caldarelli, driving the #563 Orange 1 FFF Racing Lamborghini Huracan GT3 he shared with Marco Mapelli, took victory in Race One of the Blancpain GT World Challenge Europe double-header at the Nürburgring. Caldarelli brought the #563 car home 9.047 seconds ahead of the #63 GRT Grasser Racing Team Lamborghini piloted by Mirko Bortolotti and, […]

Photo: Blancpain GT Series Luca Stolz put the #4 BLACK FALCON Mercedes-AMG GT3 on pole position for Race One at Brands Hatch for the opening round of the 2019 Blancpain GT World Challenge Europe after a 20-minute session that saw the weather once again play its part. The session began with the rain that had […]