McLaren-Honda Formula 1 team driver Alonso put in 113 laps in the race-winning #8 Toyota Gazoo Racing Toyota TS050, circulating in 1:43.013 on his fifty-third lap of 76 in the afternoon session.

Alonso was delighted at the results of the test.

“It was a great day,” said the Spaniard. “Testing an LMP1 car is always a nice thing for any racing driver because these cars are amazing to drive. They are very consistent throughout a stint which is a positive thing. I have wanted to test a car like this for a long time now and today I could achieve that so I am happy.”

Quickest of the true rookies in the LMP1 category was Pietro Fittipaldi, grandson of two-time Formula 1 champion, Emerson, who put in a 1:42.275 on his seventh lap of ten in the afternoon session. Fittipaldi was driving the #1 Porsche LMP Team Porsche 919 Hybrid that enjoyed its final competitive outing the previous day in the 6 Hours of Bahrain. 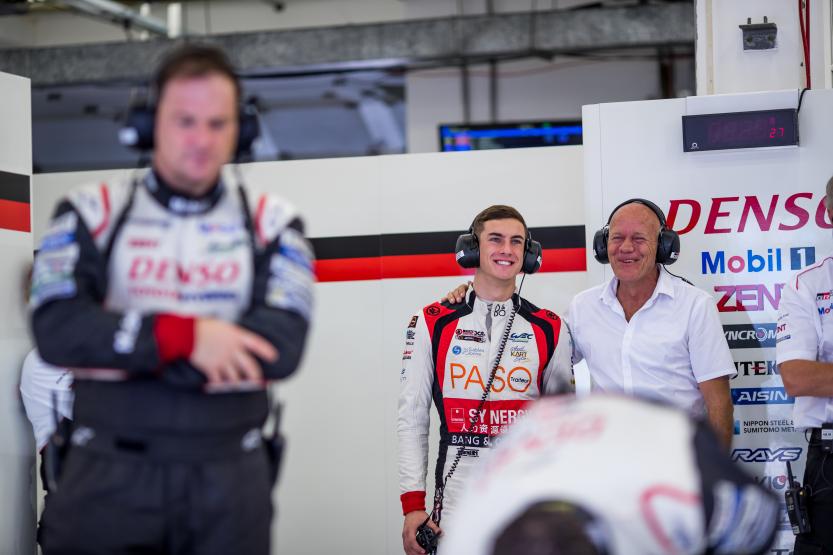 Thomas Laurent, driver of the #38 Jackie Chan DC Racing ORECA 07 which finished second in both the previous day’s race and also the LMP2 Teams Trophy, drove the #7 Toyota TS050, his best lap being a 1:43.273 in the afternoon session.

In the LMP2 class Jackie Chan DC Racing tested two new drivers. 17-year old Dutchman Rinus Van Kalmthout, who finished second in the 2017 Cooper Tires USF2000 Championship Powered by Mazda, drove the ‘Fortunecat’ #37 ORECA 07 and put in a 1:50.140 on his penultimate lap of the afternoon session.

Also testing with Jackie Chan DC Racing was the 22-year old Canadian Garett Grist. Grist has had some previous prototype experience after contesting two rounds of the IMSA WeatherTech Sportscar Championship in the Starworks Motorsports ORECA FLM09 in the PC class. Grist was fifth quickest of the test with a 1:50.456.

With an eye to the 2018/19 FIA World Endurance Championship, Singapore-based Clearwater Racing tested Olivier Beretta and Ishikawa Motoaki in its LMGTE Am #61 Ferrari F48 GTE. Beretta needs no introduction as the Monégasque driver competed in his first 24 Hours of Le Mans in 1996 and, twenty-one years later, contested the 2017 Blancpain GT Series Endurance Cup and the 2016/17 Asian Le Mans Series. Beretta lapped in a best time of 2:01.805 in the afternoon session.

Ishikawa has experience in the GT3 version of the Ferrari F488, having competed in the 2017 Blancpain GT Series Endurance Cup with AF Corse.

Victory in October 16’s 6 Hours Of Fuji, Round Seven in the FIA World Endurance Championship, went to the #6 Toyota Gazoo Racing TS050 driven by Stéphane Sarrazin, Mike Conway and Kamui Kobayashi. Second, and only 1.439 seconds behind at the chequered flag after 6 hours of intense racing, was the #6 Audi Sport Team […]