Lining up alongside Minshaw and Keen will be the sister #69 Lamborghini driven by Sam De Haan and Jonny Cocker. Completing the top three, and the quickest of the Aston Martin V12 Vantages, was the #47 Jetstream Motorsport entry driven by Graham Davidson and Maxime Martin, the Belgian driver returning to the UK’s premier GT championship after a horrific incident at Brands Hatch in the previous round.

Minshaw set the pace in the first qualifying session, setting a 1.42.180 which was over 1.2 seconds quicker than the #47 Jetstream Motorsport Aston Martin with Graham Davidson at the wheel. Phil Keen consolidated on Minshaw’s work with a 1.39.292, the quickest time of the GT3 Pro qualifying session to produce a cumulative time of 3:21.472, 1.609 seconds quicker than De Haan and Cocker.

The session began in damp and greasy conditions, allowing the Barwell Motorsport Lamborghinis to show their dominance on a track with marginal grip.

Phil Keen was delighted at pole position but not surprised, given the pace of Jon Minshaw in the wet.

“Jon drives very well in the wet,” said Keen. “He knows the circuit and the car very well. The Lamborghini is very good in the wet, the engine’s in the right place and we have good traction around here so I didn’t expect to be on pole by that much but at Rockingham we were on pole by even more so I’m not surprised but I am surprised!”

“If it’s dry tomorrow then they will be quick but it’s by no means over. We’ll just get our heads down, see what we can do and pray for a bit more rain half way through the race.” 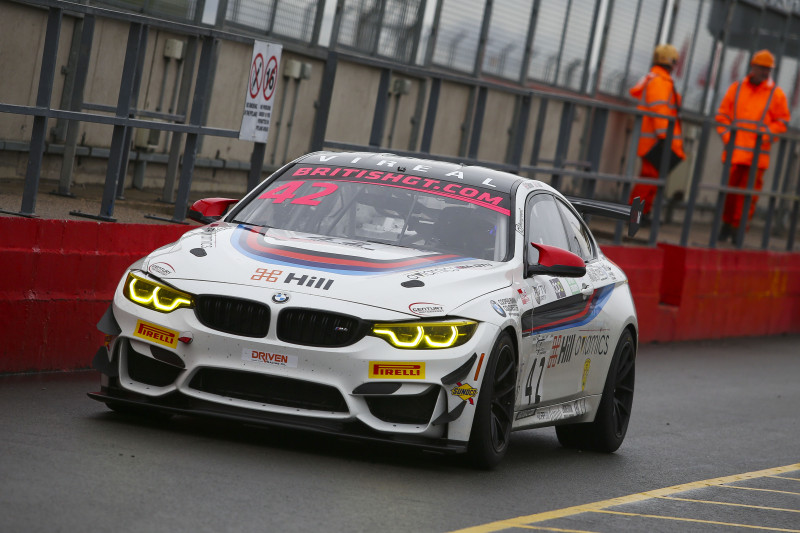 Third quickest in the GT4 category was the #72 Balfe Motorsport McLaren of Adam Balon and Ben Barnicoat who set a cumulative time of 3:35.495.

The lights go out for the final round of the 2018 British GT Championship at 13:35 on Sunday September 23.

Photo: Jakob Ebrey / BritishGT.com Series organiser of the British GT Championship, SRO Motorsports, has announced that the multi-class format will continue for the 2018 season and that entries are now being accepted, earlier than in previous years. SRO had been discussing the idea of splitting the grids for separate GT3 and GT4 races due […]