Phil Keen and Jon Minshaw in the #33 Barwell Motorsport Lamborghini Huracán took maximum points away from Oulton Park as they wrapped up victory in the second race for the British GT field of the day.

In a race full of incident and one that will be hotly discussed in the paddock, Minshaw brought the #33 Huracán home for the win when the one-hour race was red-flagged following a significant collision between the #88 team ABBA with Rollcentre Racing Mercedes-AMG GT3 driven by Richard Neary and the #7 Team Parker Racing Bentley Continental GT3 with Ian Loggie at the wheel.

The resulting contact at Hilltop sent the #7 Bentley spinning sharply to driver’s left with the Mercedes left stationary in the centre of the track. Following cars had to take avoiding action to the right, sending cars spinning down the circuit.

After neutralising the race behind the safety-car it was decided that, due to the damage to the safety-barriers, the race should be red-flagged with over ten minutes left to run.

The final result placed the #1 TF Sport Aston Martin, with Derek Johnston at the wheel, in second place, followed by Mark Farmer in the sister #11 Aston Martin Vantage GT3. Chasing the top three up to the point the race was neutralised was Duncan Cameron in the #21 Spirit of Race Ferrari F488 GT3. Given the minutes left in the race, Cameron must feel frustrated at the early culmination as the Ferrari was showing its pace with the race drawing to a close and a podium spot was potentially on the cards.

For Team Parker Racing and its pair of Bentley Continental GT3s, Oulton Park will be race the team will want to forget. As the grid assembled, the talk was that, with the success penalty to be taken by the Lamborghini crew and a drying track, this was Team Parker Racing’s to lose. However Seb Morris in the opening stint managed to make contact with his team mate Callum Macleod in the #7 car and was involved in two other incidents so did not hand the car over to Rick Parfitt Jnr in the position they expected.

The final insult was the collision of the #7 which brought out the safety-car, an incident that Ian Loggie laid firmly at the feet of the #88 Mercedes-AMG GT3.

In GT4, the provisional results showed a victory for the #51 Lanan Racing Ginetta G55 GT$ with Alex Reed taking the final stint. Second in class was the #29 In2Racing McLaren 570S GT4 piloted by Marcus Hoggarth. 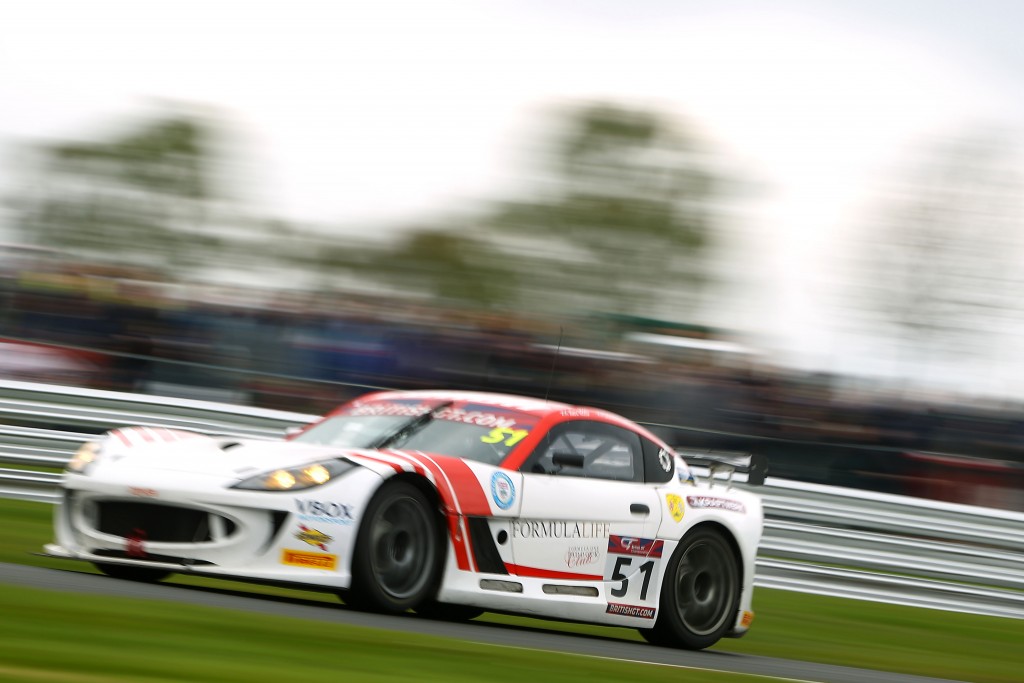 In third place in the GT4 class was 2016 GT4 champions Graham Johnson and Mike Robinson’s, Robinson taking the second stint, #501 PMW Expo Racing / Optimum Motorsport Ginetta G55 GT4. The #100 Black Bull Garage 59 McLaren 570S GT4 was leading the class as the red flag went out but was subsequently given a penalty, moving it to seventh in class.

Photo: BritoshGT.com RJN Motorsport, who currently oversee the two UltaTek Racing Nissan 370Z GT4s in the British GT Championship, has announced that it will campaign a Nissan GT-R NISMO GT3 in 2018. RJN Motorsport has significant experience with the car, having run the Nissan GT3 programme in the Blancpain GT Series. Devon Modell and Struan […]

Balfe Motorsport has announced that the 2019 British GT Championship Pro-Am pairing of Graham Johnson and Michael O’Brien will return for the 2020 season, driving the #20 McLaren 570S GT4. Johnson and O’Brien finished runners-up in the Pro-Am standings last season. Graham Johnson took the GT4 title in 2016 when he partnered with Mike Robinson […]