The one-hour Free Practice 1 session got underway at Rockingham under grey skies and an ambient temperature of a little over 11 degrees.

Quickest overall was the #33 Barwell Motorsport Lamborghini Huracán GT3 which set a 1:17.255 early in the session with Phil Keen at the wheel. Second quickest was the #21 Spirit of Race Ferrari F488 GT3 in which Matt Griffin set a 1:17.662 in the first ten minutes.

Third quickest was the sister Barwell Motorsport Huracán, the #6 entry, in which ex-BTCC driver Sam Tordoff set a 1:17.766, again early in the session.

Richard Neary in the #88 Team ABBA with Rollcentre Racing Mercedes-AMG GT3, was clearly allowing the car to settle down after extensive rebuilding work following the accident in Race 2 at Oulton Park. Neary set a 1:21.044. 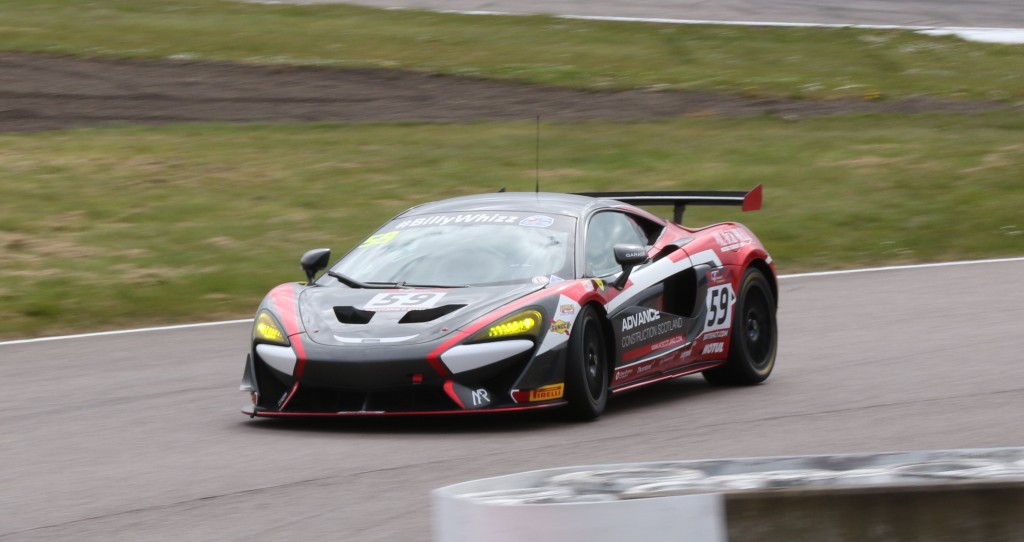 Quickest in the GT4 category were the 2016 champions Graham Johnson and Mike Robinson in the #501 PMW Expo Racing / Optimum Motorsport Ginetta G55 GT4 in which Mike Robinson set a 1:23.480.

Second quickest in class was the #56 Tolman Motorsport McLaren 570S GT4 in which Mike Pattison, who drove for the complete session, set a 1:23.811.

Completing the top three in GT4 was the #66 Team Parker Racing-run Porsche Cayman GT4 Clubsport MR. Scott Malvern and Nick Jones both had seat time during the session with Malvern setting a 1:23.884 in the first ten minutes.

Free Practice 2 gets underway for a further one-hour session at 11:45.

The four ten-minute qualifying sessions begin at 15:35 with the GT3 Am drivers on-track for the first session.