Benjamin Wallace, driver of the #88 Team HARD Ginetta G55 GT4 in the 2018 British GT Championship, was joined by 2017 Fun Cup UK champion, Graham Roberts, for the opening round of the 2018 Britcar Dunlop Endurance Championship at Rockingham Motor Speedway, Corby On April 13 – 14.

Roberts will be contesting selected rounds of the Britcar Dunlop Endurance Championship while Wallace is focusing on his first full-season in the premier national GT championship. The Southport-based driver, however, saw the weekend as preparation for Round Three of the British GT Championship, which visits Rockingham on April 28 – 29.
The weekend consisted of practice, qualifying and two races on Saturday April 14 – a 50-minute sprint and a two-hour race, replicating the race length for the British GT Championship.

Benjamin Wallace and Graham Roberts qualified 5th in class and finished in the same position in Race One. In Race Two the #88 Team HARD pairing finished seventh in the Endurance Classification.

Benjamin Wallace found the weekend was excellent preparation for returning to the Corby circuit in two weeks for the British GT Championship.

“Rockingham was a new circuit for me in the Ginetta G55 GT4 and finding a set-up for the track, with its high-speed banking and twisting, bumpy infield sections, is challenging,” said Wallace. “As a result, the weekend has definitely helped us to prepare for the British GT weekend. We found some set-up solutions and the track-time helped me build up my experience in the car, especially at this circuit.” 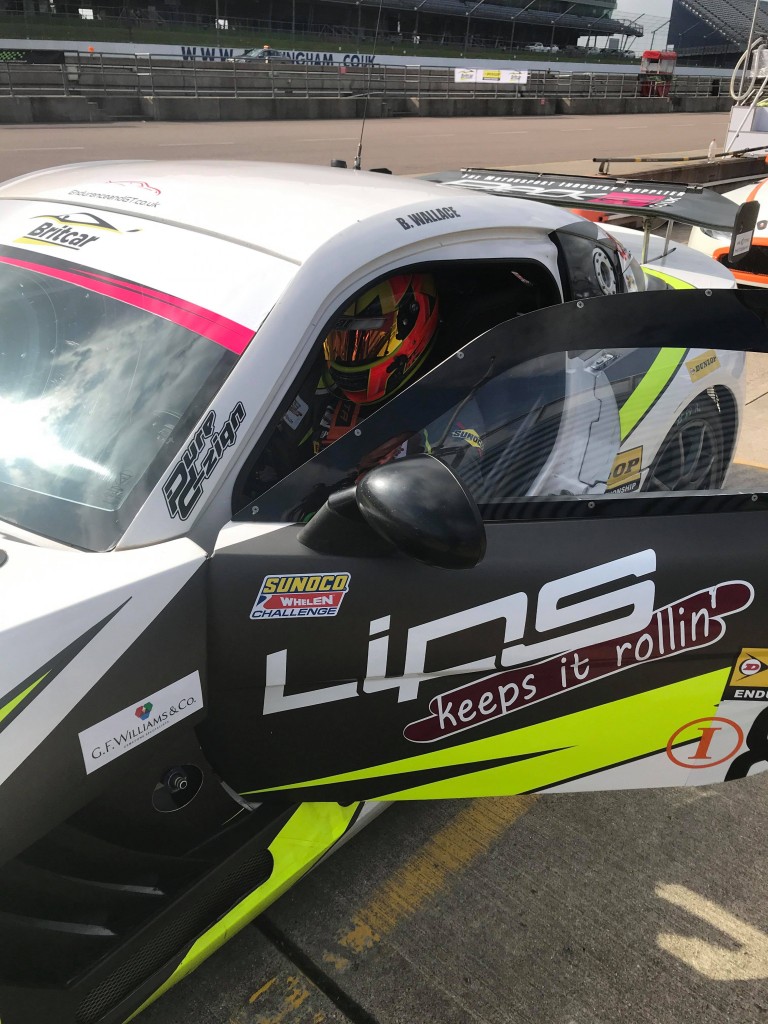 Commenting on his team-mate for the weekend, Benjamin Wallace was delighted at how quickly he formed a working relationship with Graham Roberts.

“Graham was quickly on the pace,” said Wallace. “We both had the same challenges with the Ginetta, Graham probably more so because he’s only driven the car twice. It was a new experience for us both.”

Wallace is now confidently looking forward to returning to Rockingham in two weeks with the British GT Championship.

“I’m really looking forward to the British GT weekend,” he said. “The Britcar Dunlop Endurance Championship experience was very positive. We probably found out more about the car and the circuit then we expected to so it was definitely the best preparation ahead of returning in two weeks time.”

Round Three of the 2018 British GT Championship, a two-hour race, takes place at Rockingham Motor Speedway on April 29.

“Yesterday This Seemed Like A Distant Dream!” TF Sport’s Davidson And Adam Secure Championship As Balfe Motorsport Win At Donington. (15.09.19)

Rob Bell, driving the #22 Balfe Motorsport McLaren 720S GT he shared with Shaun Balfe, took the chequered flag to win the final round of the 2019 British GT Championship at Donington Park, the first victory of the season for the #22 crew. Bell crossed the line 2.728 seconds ahead of the #6 RAM Racing […]

Photo: Paren Raval Ian Loggie and, taking the chequered flag, Callum Macleod, teammates in the #6 RAM Racing Mercedes-MG GT3, won the Silverstone 500, Round Five of the 23019 British GT Championship, in dramatic fashion, crossing the line over 36 seconds ahead of the #2 TF Sport Aston Martin V8 Vantage GT3 of Mark Farmer […]

Photo: BritishGT.com / Jakob Ebrey Photography. Struan Moore and, making his British GT Championship, Ricardo Sanchez took pole position for the Silverstone 500, the blue-riband of the premier national GT series with an average lap-time time of 3:59.841 after Sanchez lapped the 5.89 km Northamptonshire circuit in 1:50.723 and Moore put in a 2:00.126 in […]