Fenny Compton-based Century Motorsport has announced that Dean Macdonald will join the team for Round Seven of the 2018 British GT Championship at Circuit de Spa-Francorchamps and for the remaining two rounds, driving the team’s #43 BMW M4 GT4 alongside Jack Mitchell.

Macdonald’s drive comes on the back of the departure of Aleksander Schjerpen who had signed for the first half of the season. 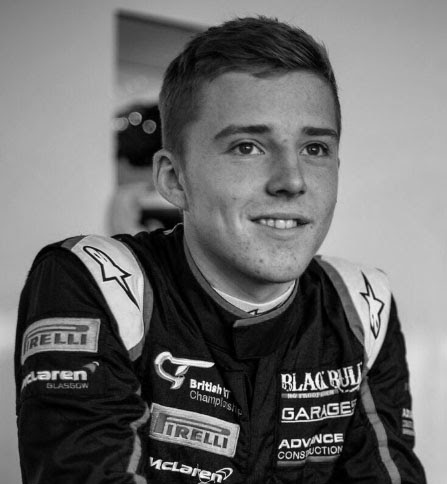 Nathan Freke, Century Motorsport team owner, is excited at the prospect of Macdonald joining the team but was quick to praise Aleksander Schjerpen for his efforts.

“It’s a real shame that Aleks could not continue the season,” said Nathan Freke. “I’m so happy we got a win at the last round with him and I hope we see him back in the near future.”

“Dean is someone who we have had one eye on for some time, and when the opportunity came up to work with him, we jumped at the chance. We have a test arranged before Spa for him to acclimatise. We know the BMW is good, the team is working well and Jack is a great co-driver. All the ingredients are there for Dean to slip into his role nicely and fight for results straight way.”

“I’m looking forward to the last three rounds and hope this is the start of a long relationship between Dean and Century.”

Dean Macdonald said: “I am very pleased to be part of the Century Motorsport team and very excited to see how the rest of the season will go.”

“It is going to be great to work with such a well-established team for the rest of the year and also to partner Jack Mitchell. I am very excited and looking forward to working with everyone.”

Qualifying for Round Seven of the 2018 British GT Championship at Spa-Francorchamps begins at 14:05 local time on July 21 with the lights going out for the start of the two-hour race at 13:40 local time on Sunday July 22.

Cheshire-based Track Focused has announced that it will campaign the KTM X-BOW GT4 in the 2019 British GT Championship, piloted by the Pro-Am pairing of Mike McCollum and Sean Cooper. McCollum and Cooper drove the second-generation KTM XBOW GT4 to third place in the 2018 Dunlop Britcar Endurance Championship. Team Manager Sean Cooper is looking […]

Photo: BritishGT.com/Jakob Ebrey The 2017 British GT Championship visits Brands Hatch in Kent on August 5 and 6 for Round Nine, the penultimate round, as the season draws to a conclusion next month at Donington. 31 cars will take to the grid for a two-hour race on the full GP circuit, 10 in the premier […]