Elton Julian’s DragonSpeed locked out the front row in qualifying for the fourth round of the 2017 European Le Mans Series at Le Castellet.

Nicolas Lapierre set a 1:52.761 to take pole-position in the #21 DragonSpeed ORECA 07 he shares with Henrik Hedman and Ben Hanley.

Third on the grid for Sunday August 26’s Four Hours of Le Castellet will be the #39 Graff ORECA 07 in which Enzo Guibert, driving alongside Eric Trouillet and Paul Petit, set a 1:53.051.

Lapierre was delighted at the outcome of what he regarded as a tough qualifying session.

“I’m really enjoying being on top here,” said the French driver. “It was a hard qualification. It was very close and the track was much faster than this morning for whatever reason so we had to adjust for that and push a bit more but in the end I’m really pleased for the team. We did a really good job so very happy to put it on pole. “

Lapierre recognised how close the #22 G-Drive Racing sister car was.

“It was really close. They were really competitive in qualifying. They got pole position last time so every session we have to fight very hard but I’m very glad for the team to have a 1 – 2.”

LMP3 honours went to the #6 360 Racing Ligier PS P3 entry in which Ross Kaiser set an early provisional pole time of 2:02.314, only to better it to 2:02.185 on his last lap in the car he shares with Terrence Woodward and Anthony Wells.

Alex Kapadia snatched second place on the LMP3 grid when he set a 2:02.471 in the final seconds of the session in the #15 RLR MSport Ligier in which he shares the driving duties with John Farano and Morten Dons. 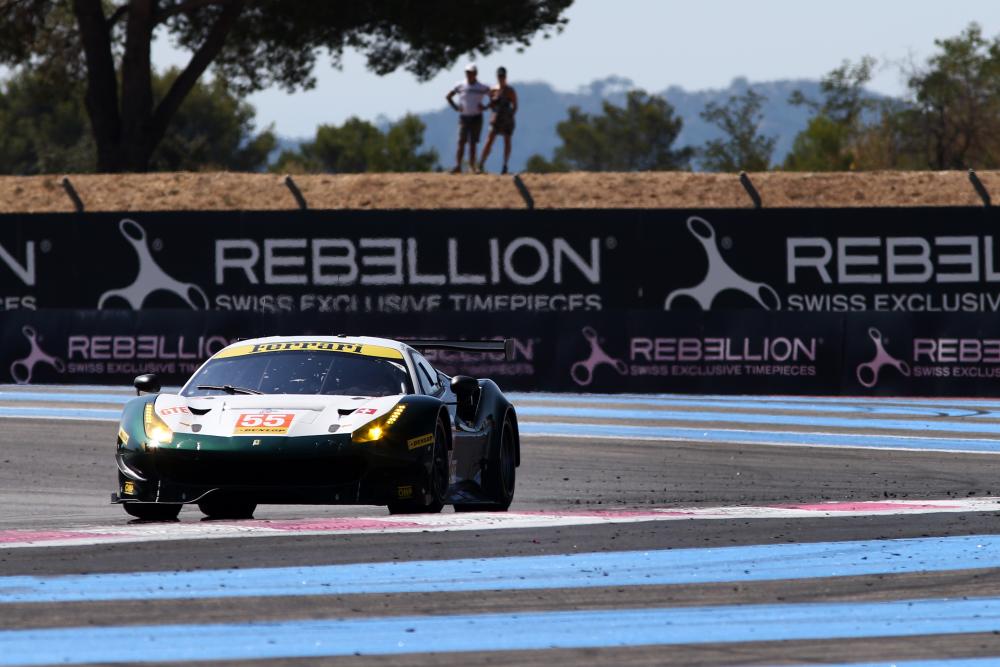 After taking the second pole-position of the season for the #55 car, Matt Griffin was very satisfied with the outcome.

“It was really good,” said Griffin. “We’ve had a hell of a season this year. We were very unfortunate at Monza where we had an issue caused us a non-finish and we had pole-position there but we won in Austria and the moment the car hit the track here it’s been fantastic.”

“Our main focus has been trying to make the car good for the race and tyre conservation because the temperature is so high. I was still confident going in to qualifying and my engineer, Luca, did a good job and the “Green Machine” was rapid.”

The lights go out for the start of the Four Hours of Le Castellet at 12:00 local time on Sunday August 27.

Photo: europeanlemansseries.com The #22 G-Drive Racing ORECA 07 took the chequered flag to win the second round of the 2017 European Le Mans Series in Monza and take the lead in the six-round championship. Memo Rojas, Ryo Hirakawa and Léo Roussel shared the driving duties in the #22 car with Hirakawa bringing the car home […]

Action resumes in the 2016 European Le Mans Series when a packed grid of 40 cars takes to the track at Circuit Paul Ricard, Le Castellet for the fourth round of what is turning into a highly competitive season. In LMP2 Kent-based G-Drive Racing, with its #38 Nissan-powered Gibson 015S driven by Simon Dolan, Harry […]