Filipe Albuquerque, taking the final stint in the #32 United Autosports Ligier JSP217 he shared with William Owen and Hugo de Sadeleer, snatched the lead in the dying minutes to win the 4 Hours of Silverstone, demoting Ryo Hirakawa in the #22 G-Drive Racing ORECA 07 to second place. 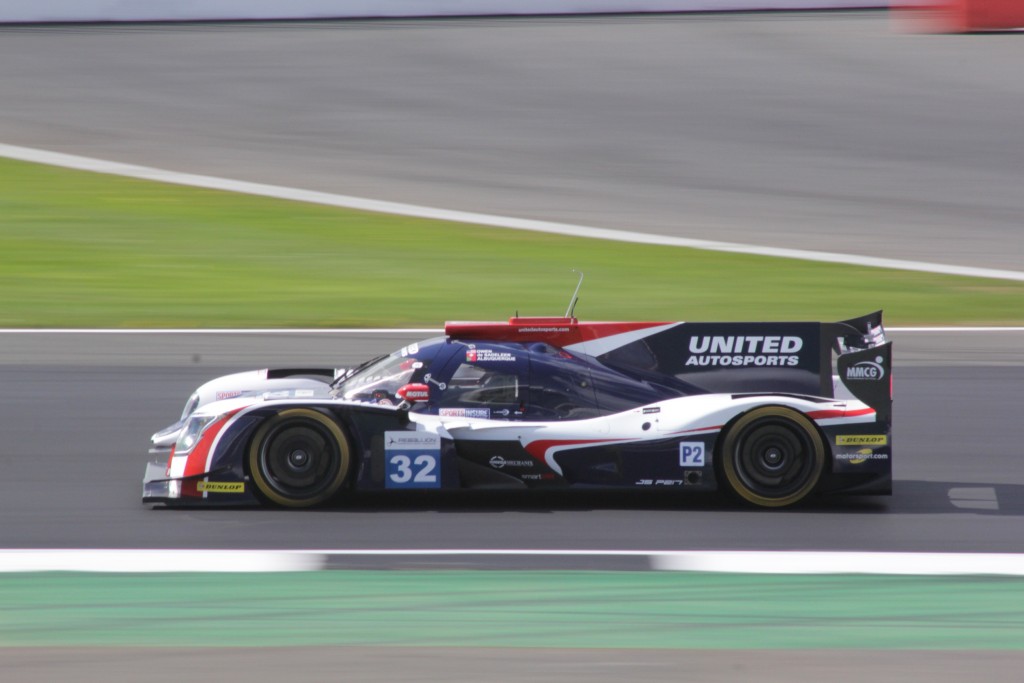 Third in the premier class was the #49 High Class Racing Dallara P217 with Anders Fjordbach at wheel in a car he shared with Dennis Anderson.

In the final minutes of the race Hirakawa visibly started to struggle with grip, allowing Albuquerque to close the gap from 30 seconds and take the lead in the last three minutes. 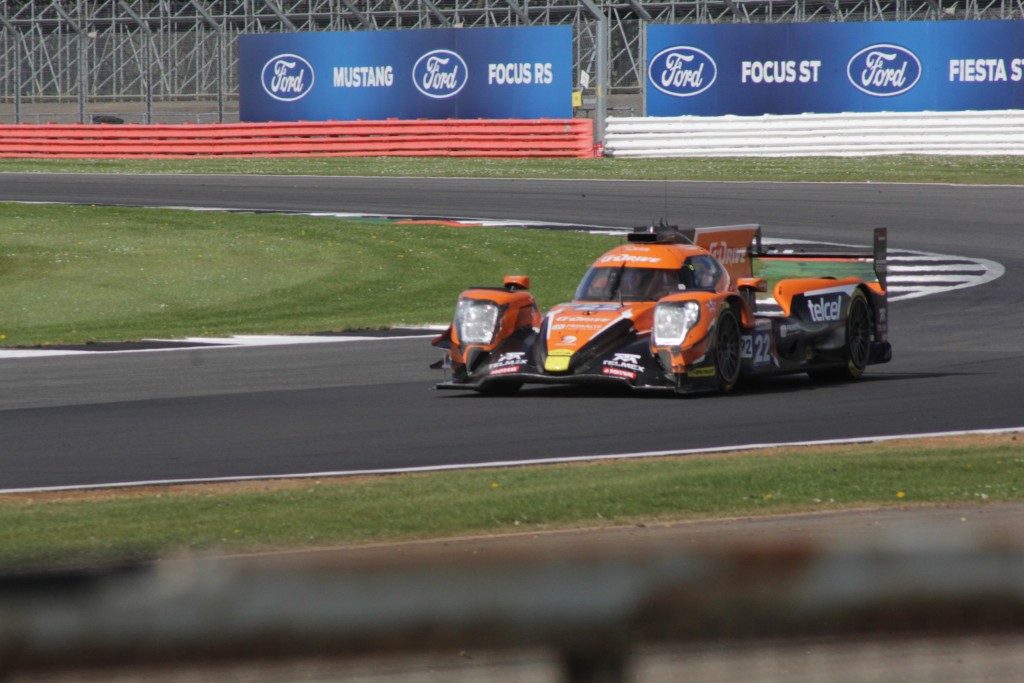 The LMP2 podium featured chassis from three different manufacturers, namely Ligier, ORECA and Dallara, demonstrating the competitiveness of the revised 2017 regulations for the class.

Albuquerque realised he had a chance as the race was approaching its conclusion.

“In the end I was on the limit of my tyres but I could see I was gaining more and more,” said Albuquerque. “So when I saw it was possible to win the race I was really pushing in the last ten laps. I could see he couldn’t do much more because of tyre degradation and so I overtook him. The new cars are faster and much more demanding than the previous car but I am having a lot more fun.”

Hirakawa was understandably upset to lose he race he appeared to have sewn up by the final 30 minutes.

“I was really struggling with tyre degradation at the end of the race,” said Hirakawa. “I wanted to change the tyres by pitting but we couldn’t. The tyre was dropping a lot and it was really difficult. I am really disappointed. For sure, I’m encouraged by the performance for the next race in Monza and I will do my best at that race.”

In the LMP3 class John Falb in the the #2 United Autosports Ligier JS P3 he shared with Sean Rayhall after he crossed the line over 4 seconds ahead of the Ross Kaiser in the #6 360 Racing Ligier entry. However a post-race penalty for the #6 360 Racing entry demoted Kaiser, Woodward and Wells to to seventh in class.

The revised results showed the #17 Ultimate Ligier JS P3 as secnd with the sister United Autospirts entry, the #3 Ligier driven by Mark Patterson, Wayne Boyd and Christian England in third. It was almost the perfect result for the Leeds-based 2016 LMP3 champions.

The journey to the chequered flag was not without incident for the #2 car after Falb spun at Turn 9 in the final half hour.

The championship is now clearly in the American driver’s sights.

“I like to race here in Europe and in the States but more importantly I want to fight for a championship,” said Falb. “I am excited about the next race in Monza, the land of high speed and it is good to go there with a win here at Silverstone. Let’s go!”

In LMGTE it was the 2016 Michelin GT3 Le Mans Cup champions TF Sport who took the victory in its debut European Le Mans Series season when Euan Hankey brought the #90 Aston Martin V8 Vantage home ahead of the #77 Proton Competition Porsche 911 RSR with Matteo Cairoli at the wheel. 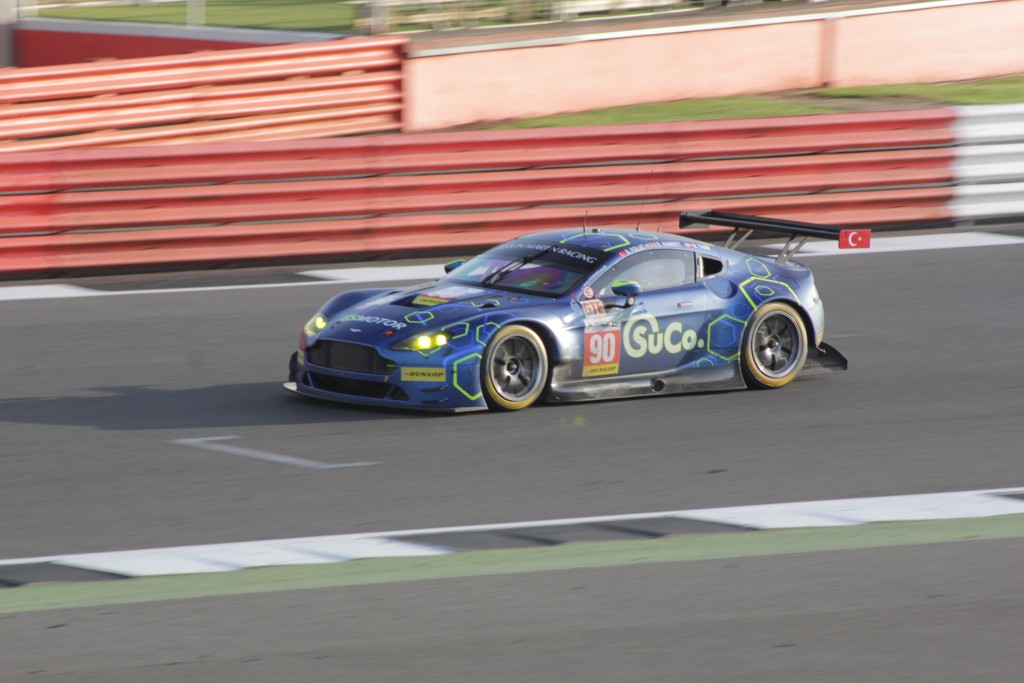 Third in the LMGTE class was the Beachdeen AMR #99 Aston Martin V8 Vantage in which Ross Gunn was asked to take the final stint.

The TF Sport Aston Martin had a scare when a coming-together with the #51 Spirit of race Ferrari sent both cars spinning. However the #90 car quickly recovered and went on to take the class victory by a lap from the second placed #77 Proton Competitition Porsche 911 RSR.

Hankey, who brought the car home, was quick to praise his fellow drivers, Salih Yoluc and Nicky Thiim for the win.

“I never thought we would be in this position if you’d asked me in the middle of last season, but we all improved so much especially Salih,” said Hankey. “He has really developed and it made our lives very easy. I did have a few bits of contacts which wasn’t exactly ideal. However we got over the finish line and we got the first place, which is exactly what we wanted.”

The second round of the 2017 European Le Mans Series take place at Autodromo Nazionale Monza on May 12 – 14.

After four hours of enthralling racing, the #46 Thiriet by TDS Racing Nissan-powered ORECA 05, driven by Pierre Thiriet, Mathias Beche and Ryo Hirakawa took its second victory of the 2016 season. It lead the #33 Eurasia Motorsport ORECA 05, with the driver line-up of Pu Junjin, Nico Pieter De Bruijn and Tristan Gommendy, over […]

Dublin-based Murphy Prototypes has announced that Karun Chandhok will return to the team for the 4 Hours of Red Bull Ring on July 17. He joins Seán Doyle and debut driver Guglielmo Belotti for the third round of the 2016 European Le Mans Series. Having last driven for Murphy Prototypes at the 2015 24 Hours […]