The #22 G-Drive Racing ORECA 07 took the chequered flag to win the second round of the 2017 European Le Mans Series in Monza and take the lead in the six-round championship.

Memo Rojas, Ryo Hirakawa and Léo Roussel shared the driving duties in the #22 car with Hirakawa bringing the car home to take the win.

Second in the LMP2 class was the sister #21 DragonSpeed ORECA 07 driven by Henrik Hedman, Nicolas Lapierre and Ben Hanley.

The #39 Graff ORECA 07 with Enzo Guibbert at the wheel held the lead from pole but came under pressure from Nicolas Lapierre in the #21 Dragon speed entry. Contact between the #16 Panis-Barthez Compétition Ligier JS P3 and the #9 AT Racing Ligier caused the race to be neutralised under a Full Course Yellow and also impeded Lapierre in the #21 as he took avoiding action at T8.

Meanwhile Richard Bradley in the #40 Graff ORECA 07 had made solid progress through the field, having started seventh on the grid, and was challenging the #22 car for the lead before a jump-start penalty forced an unwanted stop. On Bradley’s out-lap from the penalty, an electrical issue caused his car to stop. Bradley successfully re-started the car but it pushed what was potentially race-winning challenge down the order.

A further FCY was required when, with less the an hour and quarter run, contact between the #2 United Autosports Ligier JS P3 with Sean Rahall at the wheel and the #9 AT Racing Ligier piloted by Alexander Talkanitsa requires the race to be neutralised. As the #39 Graff entry pitted before the race went green, it caused Enzo Guibbert to drop down the field.

The #22 G-Drive Racing ORECA, with Léo Roussel took the lead at the halfway mark with the #47 Cetilar Villorba Corse Dallara P217 in second place.

Just when it looked like the #22 G-Drive Racing entry, now with Ryo Hirakawa at the wheel, had an unassailable lead, the Japanese driver was handed a drive-through penalty for a speed infringement under the FCY. The resulting penalty left Hirakawa in the lead but now with only a 22-second lead.

The battle for second place was just about to get interesting. Anders Fjordbach in the #49 High Class Racing Dallara P217 was coming under pressure from Ben Hanley in the #21 DragonSpeed ORECA 07. A splash-and-dash by the #49 car meant that Hanley could catch the #49 and take second place with less than five minutes to the finish.

It looked as if Hanley had the pace to catch Hirakawa in the #22 but time ran out.

M.Racing – YMR took the two top podium spots and the first win for the new-for-2017 Norma M 30 after a race that saw incidents cause interruptions.

Taking the class win was the #19 M.Racing = YMR Norma M 30 piloted by Ricky Capo and Erwin Creed. Second in class was the sister #18 Ligier JS P3 with the driver line-up of Alexandra Cougnaud, Antoine Jung and Romano Ricci.

The #17 Ultimate Ligier JS P3 now has a five point lead in the LMP3 standings over the #18 M.Racing – YMR entry.

The LMGTE class saw an emotional victory for the #66 JMW Motorsport Ferrari F458 driven by Robert Smith, Jody Fannin and Jonathan Cocker. The 4 Hours of Monza was the last race for the F458 which has been with the team for seven years. The victory at Monza means the #66 car won both its first and final outings. The team joked via social media that it was being ‘retired to a farm in the South-East where she can live out her days free-range’. 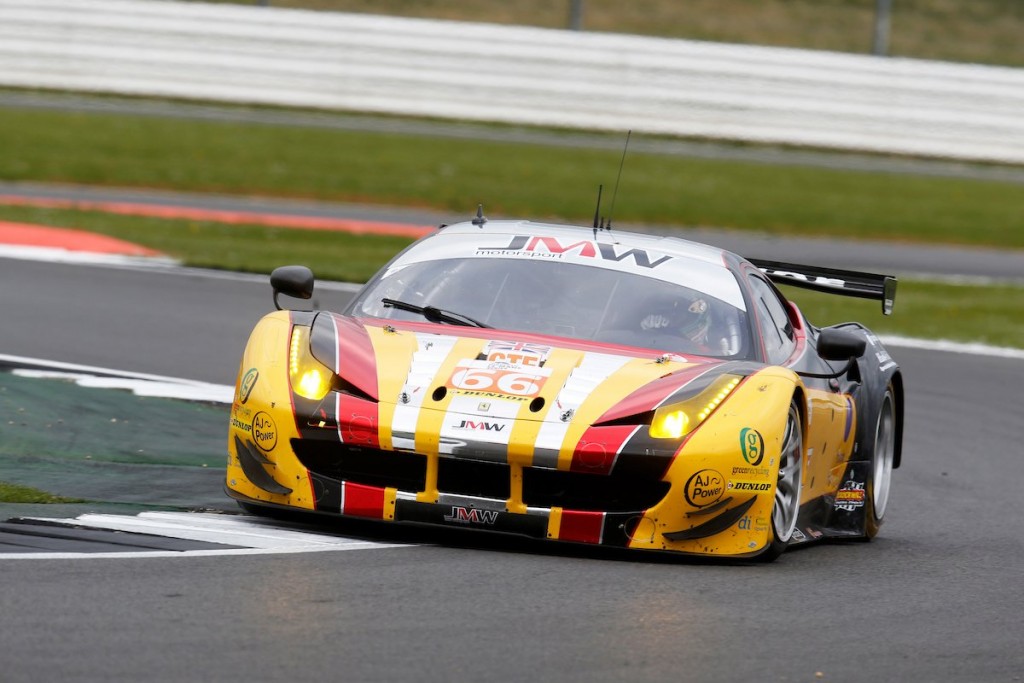 The next round of the 2017 European Le Mans Series will be the 4 Hours of the Red Bull Ring on July 23.

The 2016 European le Mans Series pays its annual visit to the Circuit de Spa-Francorchamps for Round Five of a closely fought season. Racing has been highly competitive across all three classes, none more so than LMP2 where Thiriet by TDS Racing took the victory last time out and now lead G-Drive Racing by nine […]