Graham Davidson, who finished seventh in the 2018 British GT Championship GT3 drivers standings, has made a statement – he wants to win the British GT drivers championship in 2019. The Aberdeen-based driver surprised fans of the UK’s premier national GT championship when it was announced that he would be driving the new Aston Martin Vantage GT3 with TF Sport in 2019, partnered by triple British GT champion and Le Mans winner Jonny Adam. EnduranceandGT editor Andy Lloyd spoke to Graham about his decision to work with TF Sport and the changes he will be making in his approach to the new season.

When we spoke at Brands Hatch in August you seemed, at that stage, to be considering either Blancpain for 2019 or rejoining the British GT Championship with your existing car. What made you rethink and take such a bold step towards what is clearly a title bid in 2019?

“I think that this season has shown me that I’ve got the speed to win this thing overall but, as a lot of the guys in the big teams say, it is the most difficult championship to win because you need a lot of luck, the tracks are not so straightforward and the weather is always less than predictable. Last season we finished seventh overall, which was really disappointing even though, from Rockingham onwards, at every race at some point I was in first or second position.

“Between the rock coming through the window at Brands and spinning on oil at Donington, there were two races where we didn’t score points and where we should have been on the podium and that could have massively swung our end result. We had the ability to win it but we didn’t have the luck and I didn’t have the experience on the occasions when experience came in to it. You can’t learn that from one or two seasons – you need to have a team that has been through it all before.”

“It’s a bit more expensive but it’s not night-and-day between what we spent and what it costs to run with an experienced team. There are so many different elements to think about. I don’t want to have to think about ordering food and booking hotels and ferries – I just want to go to the simulator, turn up at the track and do the fun bit.

“I know the circuits all so well now and I don’t want to be doing year after year of British GT when I think I could win it. I need to give myself the best chance so that steered me towards looking at a team that brings everything to the table for me.

“On top of that, the 2019 season sees the introduction of several new cars so you have to consider that, if the new car is half a second a lap quicker than the old one, all of a sudden you’re fighting a losing battle, even if everything else falls into place. The Aston Martin V12 Vantage GT3 is an old car now and Aston Martin will be fully supporting the new car. All of these were things that I thought about non-stop for weeks and months and I spoke to all the teams. I didn’t need to go and ask anyone about Jonny Adam. It’s well documented how good his CV is and I’ve seen how he works with ams and everyone sings his praises so, when Jonny was offered, that was a no-brainer. TF Sport is a good factory support team with great experience and a bunch of guys that are in the routine of prepping cars weekend in – weekend out. It’s hard to pick between teams, as they’re all more than qualified for doing the British season. It was never about their talents or their abilities. It was always just a case of what budget works for me and what do I think gives me the best starting point.”

Was there brand-loyalty from you in the decision to go with Aston Martin or could you have easily as gone with, say, a Lamborghini if the package made sense for you?

“I was trying to look at it with no bias. However when you’ve got experience working with Aston, you know how good they are at certain things. The history books speak for themselves in the British Championships. The only thing that swayed it other than the numbers was that I got a chance to drive the Aston in October in the wet at Snetterton and I was blown away. I was comfortable and was doing pretty good lap times in the wet. The car gives good feedback and it’s easier to drive in the wet than the V12. There are certain cars that have advantages on some tracks and different cars get it on others. All you’re looking for is consistency. If the car is consistent, I can be consistent. 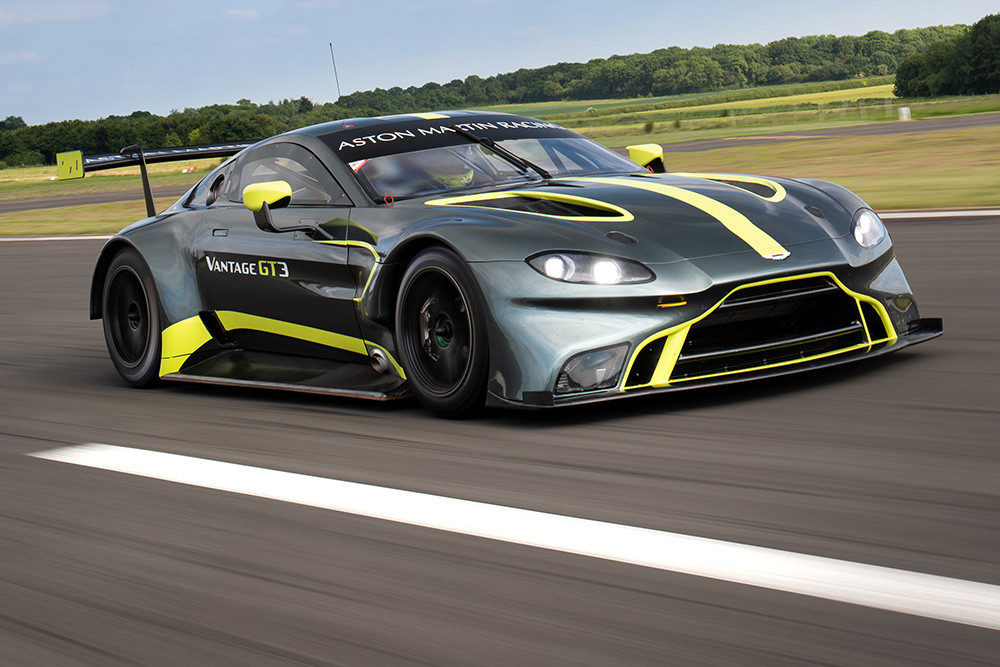 “I think in some of the data Aston Martin produced at the end of the year I was, on average, just a tenth off of Flick and then there was maybe several tenths to the rest of the guys. I had championship-winning pace but I just didn’t get the qualifying right. I didn’t have the test days, the practice and the simulator time. Jonny lives close to the simulator down near Oxford so we’ve booked a lot of time in it.

“So I don’t think there is any massive step-up on what we did last year, just lots of little things. But it’s all these little things that add up to points in the table at the end of the day. This time round I’m a year wiser and a year more experienced. It’s a new car again for me but every year it’s been a new car so I don’t think that should be a problem.”

How do you see the Championship progressing in the early stages?

“I think it will be a game of who can learn the new cars the best and who can get up to speed the quickest at the start of the year. As we saw in 2018, the further you get through the year, the closer and closer the racing gets.”

Working with Jonny, who is undoubtedly the best GT3 driver coach in the world to my mind, is there anything specifically you are looking for him to bring to you in term of the coaching element or is it, again, a matter of incremental improvements?

“It’s hard to say specifically because, up to now, I’ve received limited coaching so it’s the wide variety of any information he can give me to help me learn and help me think about things differently that will be of benefit. He’s keen to do quite a lot of simulator time with me and I think that’s something I’ve not done a lot of before. I’ve said, both to Jonny and to TF Sport, that if there’s anything you think I should be doing to prepare, tell me. If you need me to go to a test day, if you need me to go to a simulator session just say. Tell me the day and the time and I’ll be there and we’ll get it done right. I don’t want to leave anything to chance this year.

The 2019 British GT Championship opens at Oulton Park on April 20 – 22 preceded by the Media Day at Donington Park on March 5.

Photo: BritishGT.com The British GT Championship makes it annual visit to Brands Hatch and the 3.908 kms GP circuit for Round Eight over the weekend of August 4 and 5. There are a number of changes to the entry list which took the to the grid at Circuit de Spa-Francorchamps two weeks ago. Team Abba […]

Rugby-based Tolman Motorsport has announced that Joe Osborne and David Pattison will drive its new McLaren 570S GT4 in the 2017 British GT Championship. Tolman Motorsport finished seventh in the GT3 Teams Standings in 2016, campaigning the Ginetta G55 GT3. “We’re very pleased to have secured about the best combination of drivers and car that […]