After quietly jelling as a driving trio for the first two rounds of the 2017 European Le Mans Series, and following an impressive performance at the 24 Hours of Le Mans, the #40 Graff driver line-up of James Allen, Franck Matelli and Richard Bradley is no more.

25 year-old Matelli, who was enjoying his first full season in prototypes, has been replaced by Colombian Gustavo Yacamán. 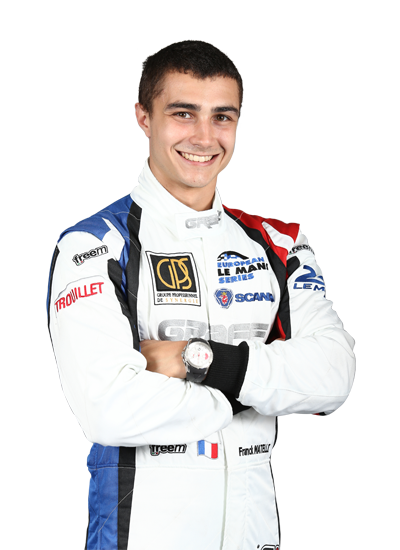 Although only 26 years old, Yacamán is already into his fifth full season in prototypes, having begun his sportscar career with a third place finish in the Rolex 24 Hours of Daytona driving alongside Michael McDowall and Filipe Nasr in the Michael Shank Racing Ford-powered Riley.

Richard Bradley, James Allen and Franck Matelli have enjoyed a solid start to the 2017 season. Racing together for the first time at Silverstone in round one of the European Le Mans Series, the #40 Graff ORECA 07 was qualified in P11 and finished fourth overall. For the second round at Monza, Richard Bradley qualified the car in the seventh place with the young Australian James Allen bringing the car home in eighth place.

The trio, a combination of youth and experience, really came together at the 24 Hours of Le Mans this year. The #40 car qualified 13th in class and, in a race where the premier class fell by the wayside and the race could easily have been won by an entry in the LMP2 category, finished sixth overall and fifth in class.

No reason has been given for the replacement of Matelli by Yacamán.

The news of Matelli’s replacement came as a disappointment to Allen, after the Australian formed a solid driving bond with the young Frenchman.

“I am obviously disappointed for Franck and for the team to have a driver change at this point in the series,” said Allen, speaking to EnduranceandGT.co.uk. “Franck is a competent and reliable driver who will be missed. I hope he won’t be out of LMP2 for too long.”

The lights go out for the third round of the 2017 European Le Mans Series, The Four Hours of the Red Bull Ring, at 13:00 local time on Sunday July 23.

Pole for DragonSpeed at Imola ELMS

Florida-based DragonSpeed, in its debut season in the European Le Mans Series, took pole in qualifying for the second round of the championship at Autodromo Enzo e Dino Ferrari in Imola. The #21 DragonSpeed ORECA 05-Nissan with Nicolas Lapierre at the wheel lapped in 1:33.780 to take pole by just under 1/10 of a second […]

Photo Above: Panis-Barthez Compétition Panis-Barthez Compétition, who finished eighth in the LMP2 Teams Championship and seventh in the LMP3 Teams Championship last season has announced its driver line-ups for the 2017 European Le Mans Series. For its LMP2 entry, the #23 Ligier JS P217 will be piloted by Fabien Barthez, Timothé Buret and Nathanaël Berthon. Buret, […]