‘Road To Le Mans’ is a round of the Michelin Le Mans Cup and is designed to allow drivers to gain experience of multi-class and prototype racing before taking on the 24 Hours of Le Mans. Vedel Mortensen and Hunt got their weekend off to a solid start by taking eighth place in Race One and were the highest placed Ligier.

EnduranceandGT editor Andy Lloyd met with Freddie Hunt on the eve of Race Two to discuss the 31-year old driver’s path to prototype racing and his plans for the future.

Freddie, how are you enjoying your first experience of Le Mans?

“Loving it! Absolutely loving it! It’s a hell of a circuit and I really like it. Most of the circuit I’m absolutely fine with – there’s a couple of tricky parts which are quite nerve-wracking.”

Which have been the areas that you’ve found the most challenging?

“I suppose it’s in the second sector – the fast right-hander before the heavy breaking for the second-gear left, that’s a bit nerve-wracking and then the fast stuff, only because it’s high risk.

“I’m comfortable in the Porsche Curves now, and I was in the race, but before that I wasn’t quite sure. I enjoy it and I love it but it’s high risk. If you go off there, you’re going to have a big problem.”

Had you done much time in the simulator before you came here?

“No, about half an hour! I didn’t get much chance really. I’ve done sim work before and you get to the track and it’s nothing like the sim. I don’t really rate them that much but I’ve never been on a really good one. I think they’re a bit overrated personally.” 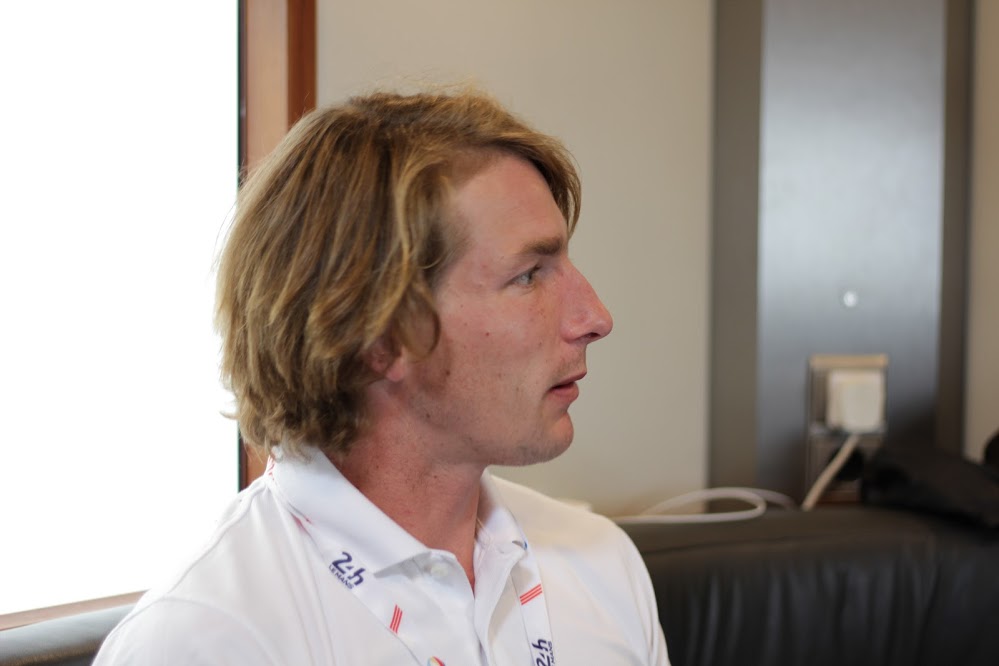 You must be very pleased with how this weekend’s going because you qualified extremely well and in the race yesterday you finished eighth overall?

“Yes, on the last lap I improved on my qualy time so that was good and we’re starting third on the grid tomorrow (for Race Two).”

What has motivated you to go down the prototype route when many drivers would probably focus on GTs?

“Well, I was in GTs as you know – the Porsche Cayman GT4. I was invited to do a race last year in the VdV at Estoril and that was my first experience of prototypes and I absolutely loved it. If it was up to me I wouldn’t drive anything else from now on but I can’t turn down free drives. I’ve been invited to drive in the GT4 Southern European Series so I’m driving in that. But, no, I love the prototypes. I think they’re absolutely wonderful cars. I haven’t driven a proper P2 yet – I say that, I’ve driven an older one – three or four years old – just ten laps at Estoril last year and that was unbelievable!”

“More of a shakedown and warm-up really. We had two very busy sessions at Donington but it was good just to get a feel for the car.”

What have you learned about the challenges of driving these quite advanced prototypes?

“I don’t know really; I just get in and drive it! You’ve got to trust the aero to carry the speed into the corner. In a GT if you carry too much speed into a corner you’ll scrub speed off and get a poor exit. In the prototypes you can trust the aero and carry the speed in, which is what I love. It’s all about downforce for me. There’s no better feeling than the grip – I just love the grip levels. Don’t worry, I still love Formula Fords as well! That’s probably the most fun racing – the old ones – not the new ones with the wings.” 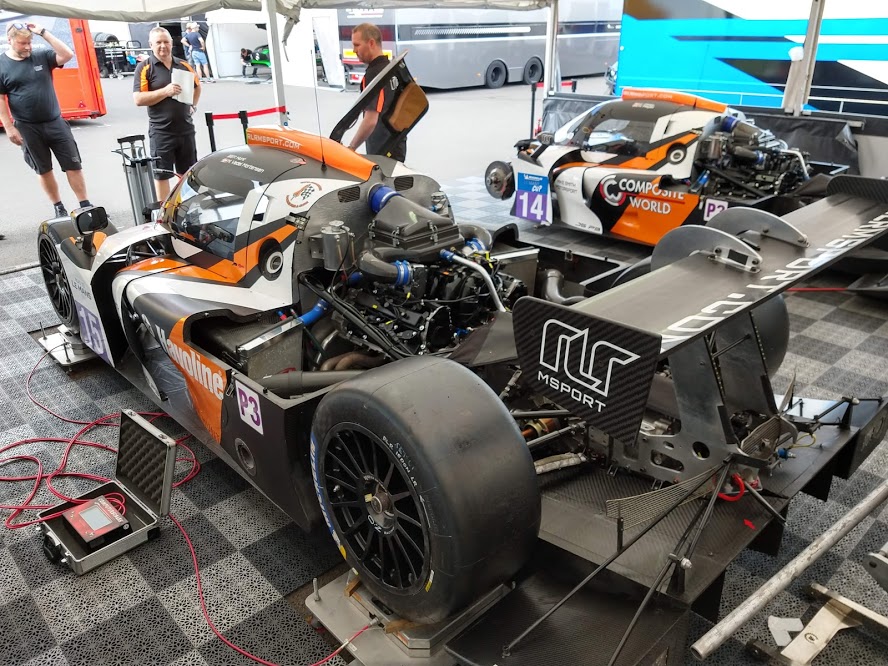 You’ve stated that your goal is the 24 Hours of Le Mans so have you have you mapped out what the route to that might be from here?

“Well, if money was no issue, which it is unfortunately, next season I would chose to do ELMS and maybe attempt a 24 Hour next year. If I’m honest, in the practice on the Wednesday evening (for ‘Road To Le Mans’), driving into the sun with very little vision and oil on my windscreen, I couldn’t see a damn thing and it was the first time I’ve ever felt fear in a racing car. It made me think. I wouldn’t want to attempt Le Mans until I’m really comfortable in the car and have really got to know the car well because I still don’t know that car and the ins and outs of it properly.

How did the relationship with RLR MSport come about?

“That was just phoning around looking for teams that had a spare seat and luckily they had one. Simple as that, really.”

If your father was a Formula 1 driver currently, where F1 drivers have moved into sportscars later in their careers, do you think that is a path he would have taken?

“I was thinking about that this weekend. I always wondered why Dad never drove Le Mans but now I know – because it was bloody dangerous in those cars and before they had the chicanes. Those cars were absolute death traps but I think now, with modern safety, I’m sure he would have done it. Dad loved racing and I’m sure he would have absolutely loved to have driven at Le Mans if the safety was there.”