Ate de Jong,  member of the driver line-up of the #25 Algarve Pro Racing Ligier JSP217 with teammates Mark Patterson and Taksung Kim, is feeling relaxed and confident as the countdown to the start of the 2018 running of the 25 Hours of Le Mans continues.

For De Jong, who started his motorsport journey in January 2016, joining the grid at Le Mans is the culmination of a dream that started in childhood.

The Philippines-based driver took time out of his busy pre-race schedule to share some thoughts on the race with EnduranceandGT editor Andy Lloyd.

The Test Day, practice and qualifying are now behind us. How do you feel now that the race is approaching?

“I feel very confident. We didn’t run a lot of laps in Q3 because there were a lot of slow zones and red flags. It’s crazy compared to last year, so the drivers tell me but I’m happy with the balance of the car and the set-up.”

“We have put a new engine and gear-box in – race ready- so that gives us a little bit more power so I am very confident for the race. We are going to try to keep out of trouble. We are an amateur team with three bronze drivers so as long as we can keep out of trouble and keep on running, keep out of the pits and not make any mistakes I think we can move up the ladder bit by bit. That’s the plan.”

The weather at the Test Day, practice and qualifying has not been wet exactly but you’ve had various kind of mixed, greasy conditions to contend with.

“Yesterday during the night session, because qualifying was shut down half an hour early because of the shunt, we had two and half hours in Q3. During the last hour it started drizzling which turned in to light rain and then it rained more heavily. It was not worth taking a risk with the car and running in those conditions. If it happens in the race you have to, but we didn’t want to take the risk in Q3 to shunt or spin and make it even more problematic for the team because they already have to work already to fit the engine and the gearbox. I’m very happy with where we are.”

You have achieved your goal of racing at Le Mans. Have you started to look ahead to other plans or is it too early to think about 2019?

“I started racing in January 2016 and I began with testing at Sepang in a Formula Renault. I then bought my own LMP3 in which I competed in the Asian Le Mans Sprint Cup and the Asain Le Mans Endurance Series. Last year I did some testing in the LMP2 – the old spec as well as the new spec and the goal was to go to Le Mans so, yes, it’s a dream come true from when I was a little boy watching the Group C cars.” 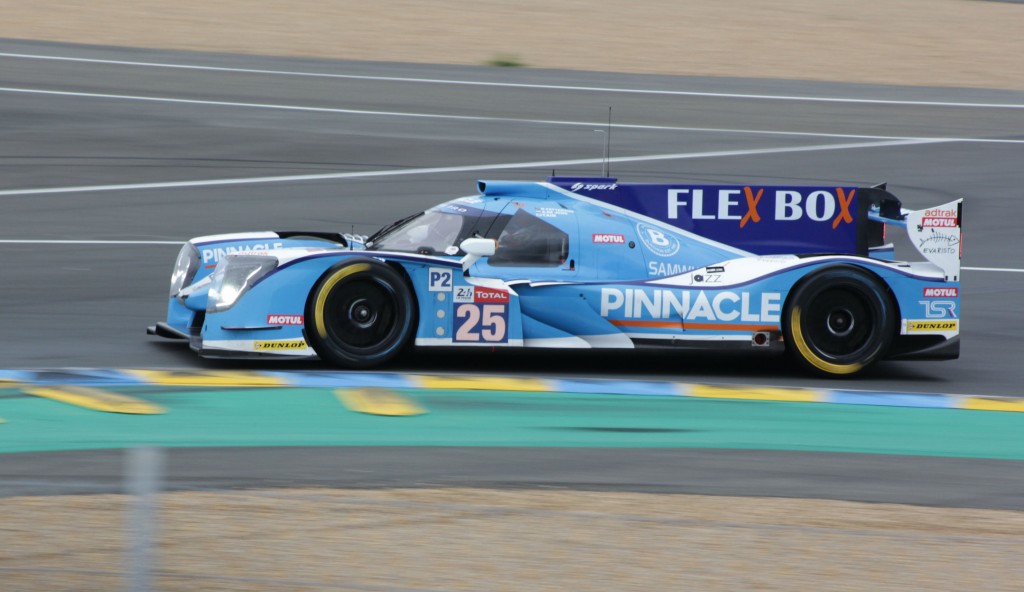 “Now the goal is to finish and then we will see during the race how it falls. I want to finish in overall top fifteen and I expect a number of professional teams will run on the edge and that will cause some accidents. I think, with retirements, we can slowly move up the ladder. If we can finish in the top fifteen that would be a win for me!”