After a positive start to the British GT Championship season at Oulton Park over the Easter weekend, 18-year old Southport-based Benjamin Wallace, driver of the #88 Team HARD Ginetta G55 GT4, is looking forward to Round Three at Rockingham International Motor Speedway on April 29.

The Lips Reifen-backed driver recently competed at the Corby circuit in the opening round of the Britcar Dunlop Endurance Championship, with team-mate Graham Roberts, finishing fifth and sixth in class over the two races.

“Competing in Britcar definitely benefited me in learning the track in the Ginetta,” said Benjamin. “The VW Golf I had driven before at Rockingham was a very different proposition so it was interesting driving the circuit in a rear-wheel drive car. It complimented the simulator training that I’ve been doing so I feel that my preparation for this important race has been good.”

Benjamin will be keeping a close eye on tyres this weekend, given the weather forecast of changeable conditions.

“There is a risk that it might be raining throughout the whole weekend so tyre wear may not be as much of an issue’” said Benjamin. “It could all change in the next few days however. Even if it’s wet we still have to manage the tyres so it will be interesting.” 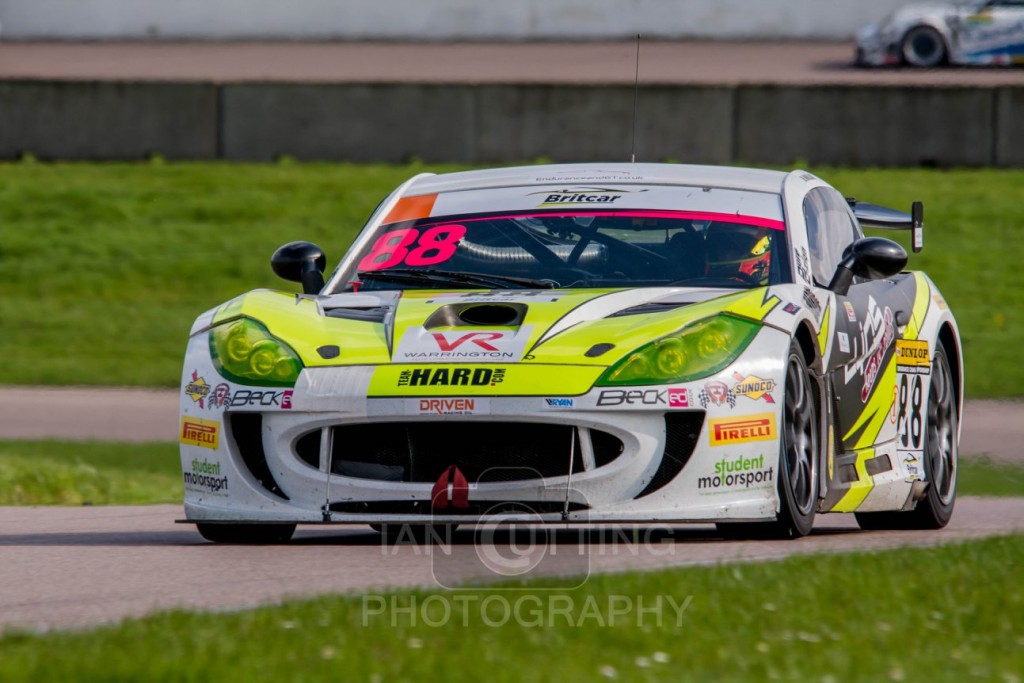 Round Three of the British GT Championship will be Benjamin’s third two-hour race.

“Aside from Britcar two weeks ago, my previous two-hour race was at Brands Hatch last season,” said Benjamin. “However my recent experience at Rockingham has increased my confidence hugely and I’m feeling very positive about returning to Corby with Team HARD. The grid will be packed and there are a lot of good drivers in the championship but I’ve prepared well and I’m looking forward to a very productive weekend.”

Photo: optimum-motorsport.com Wakefield-based Optimum Motorsport has announced that it will contest the 2018 British GT Championship in the GT3 category with an Aston Martin Vantage GT3 to be piloted by 2015/16 GT3 drivers champion Jonny Adam and Optimum Motorsport regular driver Flick Haigh. Haig contested the 2017 Michelin Le Mans Cup with the team in […]