Australian-born but currently living in Nice, France for the racing season, James Allen will be realising a boyhood dream in June when he makes his debut appearance in the 24 Hours of Le Mans alongside Franck Matelli and Richard Bradley in the #40 Graff ORECA 07.

“It’s always been my dream to drive in the 24 Hours of Le Mans,” explained Allen. “To be able to actually do it is very exciting. The goal has always been Le Mans and prototypes. I just drove Formula cars to get experience in racing.” 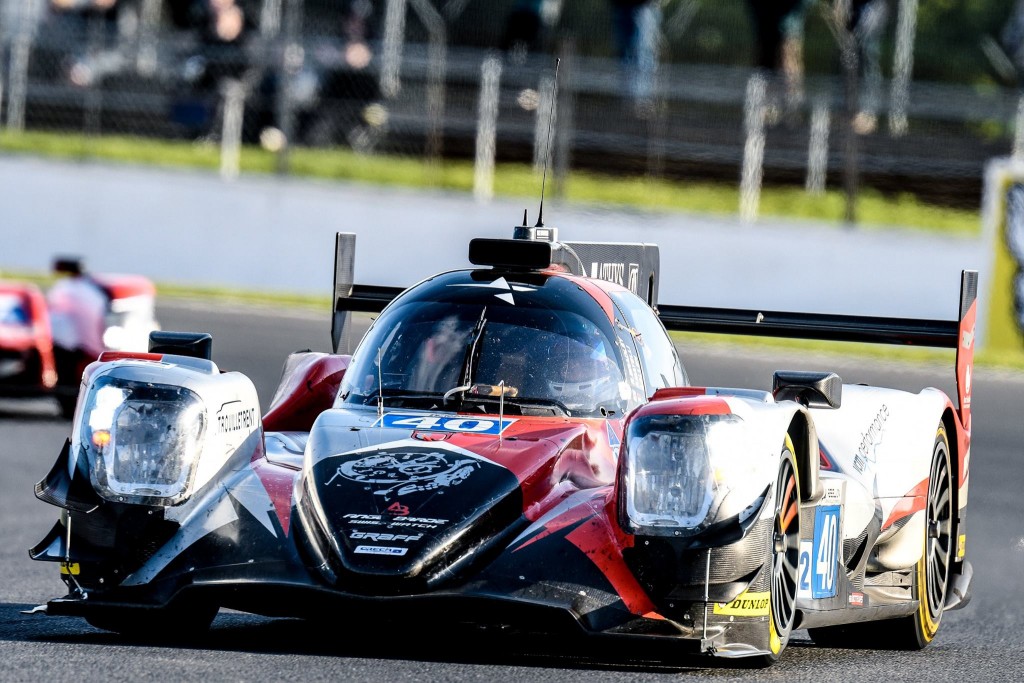 Moving from single-seaters to driving as part of a team in multi-class racing has made James re-think the way he approaches races.

“I have to be a bit more patient, I guess,” said James. “You don’t want to risk unnecessary contact with a GTE or LMP3 car. In Formula cars you’re always competing with your team-mate whereas in sportscars and endurance racing, I’m doing everything I can to help my team-mates. I really like to do as much as I can to help everyone in the team.”

The first round of the 2017 European Le Mans Series saw the #40 Graff entry come home fourth, three places ahead of the sister #39 entry.

“I definitely feel more comfortable now,” said James. “I was very nervous going into the first race at Silverstone. Now I’ve had a run and seen what it’s like, I’m a lot more comfortable.”

What did James find most challenging about the opening round?

“The traffic is still the most difficult thing,” he explained. “Passing three or four cars a lap never happened in single-seaters. Setting up a pass on a much slower car and getting through while losing as little time as possible is a lot more difficult than it sounds. That’s definitely something I can work on for the next few races.”

James feels he has settled well into Graff for 2017.

“It’s been good. They’ve treated me like a rookie because that’s what I am. They’ve let me take my time and get used to the car. They seem happy with how I’m going and so am I. I’m happy with everything that’s going on at the moment.”

Although it’s still early in the season, James is clear on the future direction of his career.

“The dream is LMP1,” he said, confidently. “To be honest, if anybody is willing to pay me, I’ll drive for them. I’m not going to be fussy when it comes to that, that’s for sure!”

The second round of the 2017 European Le Mans Series will be held at Autodromo Nazionale Monza on May 14.

The 2016 European Le Mans Series reaches a conclusion on October 23 with the sixth and final round at Circuito do Estoril in Portugal. 10 LMP2 cars will take to the grid this weekend, three less than at Round Five at Spa-Francorchamps. Missing for the 4 Hours of Estoril will be the #25 Algarve Pro […]

Nottinghamshire-based Tom Gamble, winner of the 2020 European Le Mans Series LMP3 title alongside teammates Robert Wheldon and Wayne Boyd, has announced that he will be stepping up to the LMP2 category for the 2021 season. Gamble began his racing career in karts in 2011, first moving into cars with the 2016 Simpson Race Products […]