Surrey-based TF Sport has announced that Derek Johnston and Mark Farmer will remain with the team to contest the 2018 British GT Championship.

Johnston, GT3 Drivers Champion in 2016 with team-mate Jonny Adam, finished third in the GT3 drivers standings in 2017 with two wins, at Snetterton and Donington and two further visits to the podium.

Farmer, driving alongside Jon Barnes, finished fourth in the GT3 drivers standings in 2017, enjoying a second-place finish at Donington in the final round and a trio of third places, at Oulton Park, Snetterton and Brands Hatch.

“I’m delighted to be staying in the British GT Championship, TF Sport and the Aston Martin family for the 2018 season”, said Derek Johnston.

“We really smashed it at the end of the year – those final two rounds – so I really want to keep the momentum rolling into next year,” said Mark Farmer. “TF are a top team and I want to change as few parameters as possible and I think that I’m driving better than ever. We didn’t get a win this year but overall it was an excellent season with four podiums and, more importantly, we were always up there demonstrating that we were competitive.” 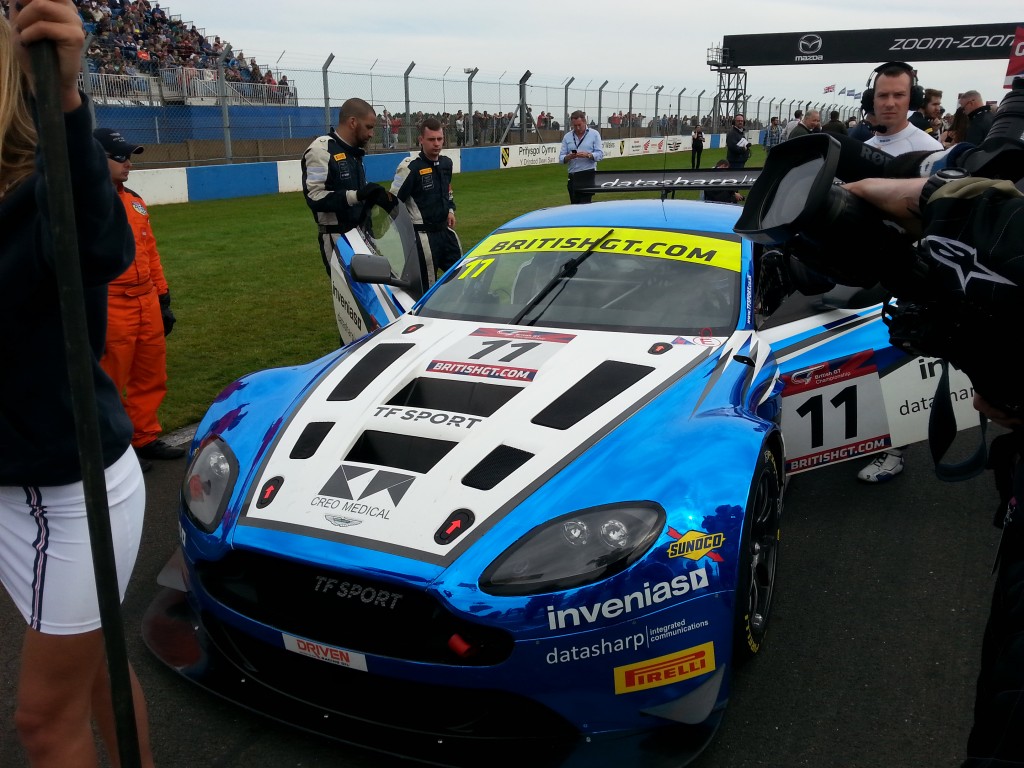 “Now I’m looking forward to round one and the season ahead.”

TF Sport Director Tom Ferrier is equally as focused on the coming season.

“It’s great to have them both commit so early for next season,” said Ferrier. “We’ve worked together with considerable success for a number of years now, so I’m really happy to confirm our two-car presence in this especially strong Championship.”

Photo: #99 Aston Martin V12 Vantage At Donington Park – 22.09.18 (Jakob Ebrey Photography) Buckinghamshire-based Beechdean AMR has announced that it will return to contesting both the GT3 and GT4 classes in the 2019 British GT Championship season. In the GT3 class, team owner Andrew Howard will partner with AMR factory driver Marco Sørensen who, […]

Photo: BritishGT.com/Jakob Ebrey The 2017 British GT Championship makes its annual trip to Belgium this weekend for rounds seven and eight. 14 GT3 entries will be on the grid. Missing for Spa will be the #19 Century Motorsport Ginetta G55 GT3, driven at the previous round by Aleksander Schjerpen and Charlie Robertson. There are four […]