Well, we can’t say that the weather has been unkind to us at Le Mans in 2017. After the, frankly, miserable conditions teams and spectators alike had to endure in 2016, this year every day of race week has bright, very warm and clear. Currently there is no rain forecast for the race and, indeed, some forecasters are predicting even hotter temperatures this weekend. More of that later.

After finally putting to bed our (brief) report on qualifying early this morning, late lie-ins were the order of the day. Emerging mid-morning, provisions were stocked-up on and, breakfasted and rested, we headed down to Le Mans and to the village of Mulsanne.

For the last five years, the ‘Virage de Mulsanne’ has hosted an event at Mulsanne Corner to celebrate the 24 Hours of Le Mans. The theme this year was ‘Jaguar at Le Mans’ and there was a fascinating collection of the famous British marque gathered on the corner itself. Further down the straight towards Indianapolis was a collection of both classic and contemporary cars, ranging from Renault Gordinis and some very early Citroens to American muscle with a good selection of Porsches included. Having caught the Porsche ‘bug’ himself, the EndurandGT.co.uk editor thinks he has spotted his next possible purchase! 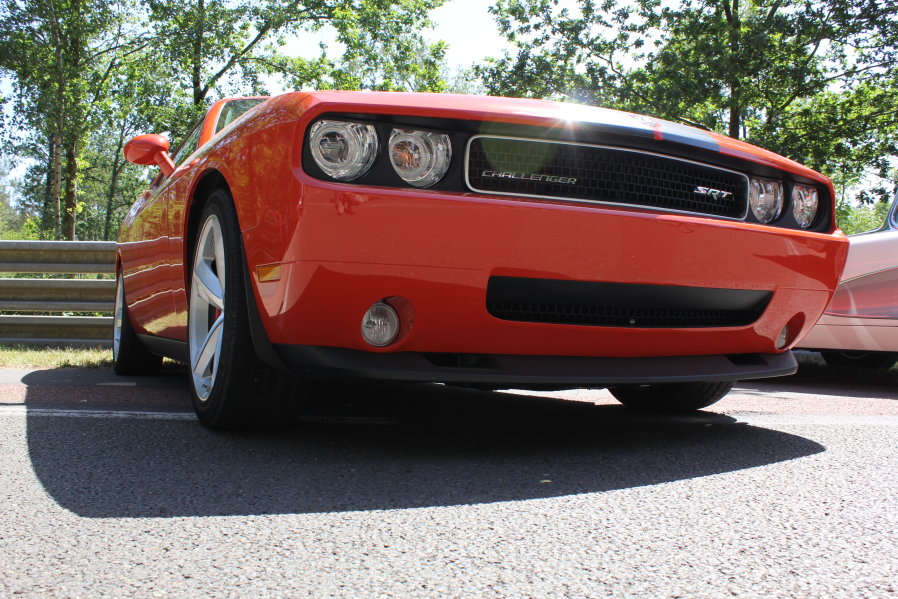 Having thoroughly enjoyed our visit to Mulsanne, we headed back along the Mulsanne Straight towards the town to prepare for the Drivers Parade. When the weather is as it was this evening, there is no better way to prepare for the race than by watching the drivers drive past in classic cars. It’s an event squarely targeted at the children of Le Mans, with souvenirs being thrown into the crowds, but nevertheless it is a lot of fun and well worth making the effort for, if you come down. 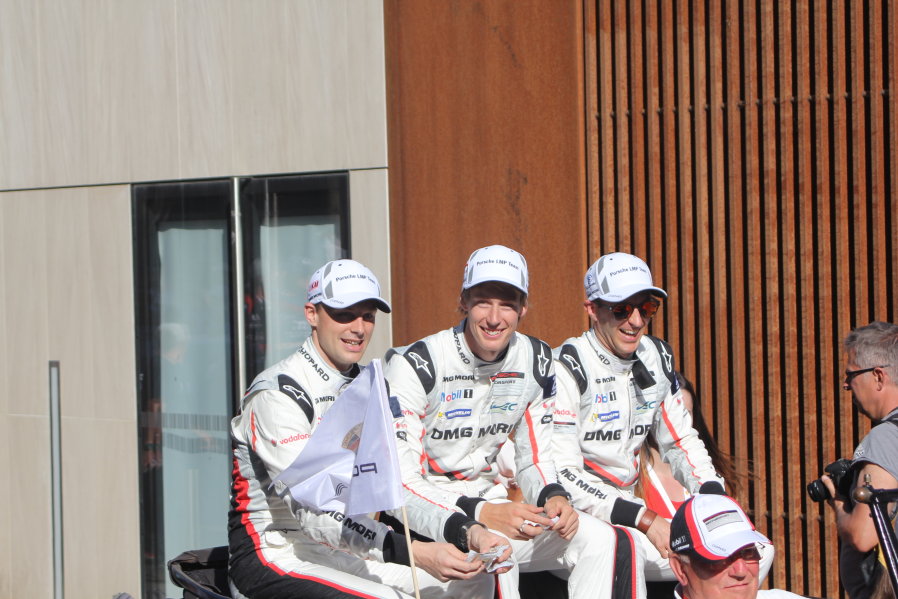 As we walked back to the car, we met the family of James Allen, driver of the #40 Graff Racing entry, and we discussed how he was feeling now that qualifying is past. James is a driver that has a fantastic future ahead of him in sportscars and the EnduranceandGT.co.uk team wish him the very best of luck for his first 24 Hours of Le Mans.

And so… the talking stops and the racing starts…tomorrow. There has been much talk in the paddock that 2017 will be a race of attrition. Here are some points that we think will be interesting to watch as the race unfolds.

a) The faster speeds of the LMP2 cars will put of lot of strain on brakes, tyres and drivers. Teams will have to pace themselves in order to see the chequered flag and it won’t necessarily be the car that goes haring off into the distance at the start that is leading come Sunday afternoon. The LMP2 battle has the makings of one of the best class battles ever at Le Mans.

b) Clearly the issue of the top-end speed of the LMP1 And LMP2 cars will be a factor, especially as drivers get tired and at night. Mistakes can happen but need to be avoided for a good run at Le Mans. How this issue plays out in 2017 will be fascinating to watch.

c) The GTE battles will be gripping. Have all the teams shown their full hands, even during qualifying? The first few laps of the race will show us where we really are, especially in the LM GTE Pro class.

d) Toyota knows it can win this race. But… the memory of 2016 will be fresh in its mind. How will it play the first quarter of the race? Will the #9 car make the pace for the field and try to break the Porsches? Are the Toyota’s as bullet-proof as they need to be? All will be revealed.

e) The high temperatures may make the A.C.O. enforce its stint-length rules for drivers in cars without airt-conditioning. If this does become a factor, engineers of non-air-conditioned cars will have a nightmare trying to plan round it.

As ever, the 24 Hours of Le Mans will throw up excitement, triumph, despair and heartache in equal measure. Sit down, get the drinks and snacks in and settle in for the greatest motor race on the planet. Le Mans.

As Steve McQueen once said: “Racing is life. Everything before or after is….just waiting.”

During the running of the 2017 24 Hours of Le Mans, EnduranceandGT.co.uk photographer Roger Jenkins took thousands of images across the whole of race-week. Roger has been perfecting his techniques for shooting cars both in day and night conditions and this year surpassed himself with some excellent and evocative pictures. Over the next few weeks, […]

As the global sporting calendar ground to a halt in late March, so the motorsport world woke up to the fact that it had an entertainment alternative ready and waiting and one that had been in the development process for over 20 years – on-line racing. Many series took the opportunity to quickly mobilise a […]