The blue riband event of the 2018 Blancpain GT Series, the TOTAL 24 Hours of Spa gets underway on Saturday July 28 at 16:30 with a total of 67 entries representing 13 manufacturers expected to be on the grid for arguably the greatest GT3 race in the world.

With the build-up already having begun with the Test Day at the Circuit de Spa-Francorchamps on Tuesday July 3, the packed grid gets to stretch its legs for the first time on the 7.004 kms track on Thursday July 26 with Free Practice 1.

The four 15-minute qualifying sessions begin later on the Thursday of race-week at 20:50 local time with the 30-minute Super Pole session taking place on Friday July 27 at 18:30.

Qualifying positions for the TOTAL 24 Hours of Spa are initially set on the average lap-times of the drivers in each of the four qualifying sessions. At the end of the four sessions, the teams with cars occupying the top twenty grid positions will each nominate a driver for the Superpole session within 30 minutes of the end of qualifying. 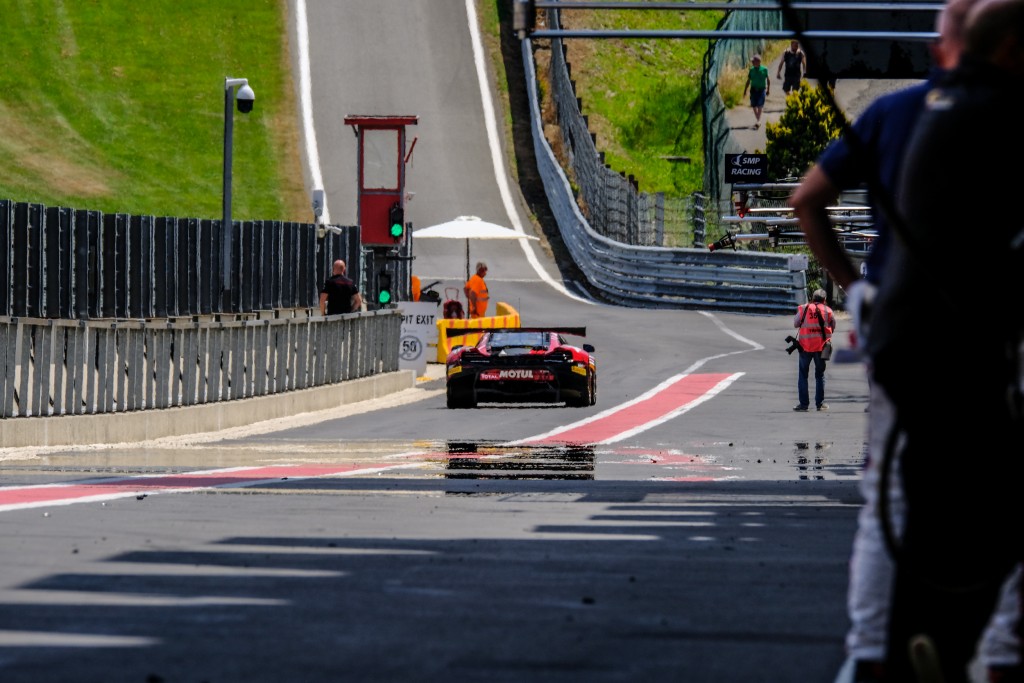 The TOTAL 24 Hours of Spa also offers the interesting variation of awarding points at the six-hour and 12-hour mark as well as at the completion of the race. 12 points are available to the leader in each class at the six- and twelve-hour mark as well as 25 points to the winner of each class at the chequered flag. As a result, there are a considerable number of points available, hence the increased interest in racing at the iconic Belgian circuit.

After back-to-back victories in the previous round at Misano World Circuit, Alex Riberas and Christopher Mies, teammates in the #1 Audi Sport Team WRT Audi R8 LMS, lead the overall Drivers Standings on 103.5 points, 24 points clear of Dries Vanthoor who will be joining Riberas and Mies in the #1 for Spa.

Endurance Cup Drivers Standings could not be closer with 10 points separating the top 11 drivers. Again, Vanthoor, Riberas and Mies head the table on 37 points, just two points ahead of Christian Klien, Albert Costa and Marco Seefried, crew of the #14 Emil Frey Lexus Racing Lexus RC F GT3, after victory for the Lexus at Circuit Paul Ricard in the last Endurance Cup round.

Lamborghini will have the largest presence on the Spa grid. 11 examples of the Sant’Agata Bolognese-manufacturer’s work will be present. 10 Huracán GT3s are entered with GRT Grasser Racing Team campaigning three, Daiko Lazarus Racing and Barwell Motorsport two and Attempto Racing, Target Racing and Ombra Racing with one apiece. GDL Motorsport has entered a single Super Trofeo.

There will be much interest in the pair of Aston Martin V12 Vantages, two of four in total on the grid for the TOTAL 24 Hours of Spa, entered by R-Motorsport, after the team showed scorching pace at Silverstone in a weekend albeit marred by an issue with data-logger.

As ever, the TOTAL 24 Hours of Spa promises to be a highly competitive race at one of most challenging and iconic circuits on the Blancpain GT Series calendar. Coverage and live timing can be found at www.blancpain-gt-series.com

SRO Motorsports Group, the organiser of a significant proportion of GT racing around the world, celebrated 25 years of operation when 2017 championship winners gathered at the Palais Brongniart in Paris for its annual awards celebration on November 24. Founder and CEO Stéphane Ratel took the opportunity to outline his vision and plans for the […]

Photo: www.blancpain-gt-series.com Bentley Team M-Sport is riding high across the globe in sportscar racing. With recent wins in the Blancpain GT Series, the Pirelli World Challenge and the British GT Championship, the Bentley Continental GT3 is proving the weapon of choice in global GT racing for 2017. Vincent Abril, works driver for Bentley Team M-Sport […]