SRO Motorsports Group, the global leader in the organisation of GT racing, and Pirelli World Challenge have presented the format and a programme outline for the 2019 season of the highest-profile GT production-based road racing series in North America.

Stéphane Ratel, Founder and CEO of SRO Motorsports Group, and Greg Gill, President and CEO of Pirelli World Challenge have jointly announced a number of significant changes to the format of World Challenge racing, a series which has, at its heart, the amateur racer who wants to enjoy top-level sportscar racing without committing to significant time away from their families and businesses.

The GT category will adopt a new 90-minute race format with grids consisting solely of GT3 cars featuring two-driver pairings. Race weekends will be restricted to a maximum of three days.

The GTS Pirelli World Challenge will continue as a one-driver sprint competition with drivers up to Gold classification eligible to compete. Silver and Bronze drivers will enjoy separate podiums in addition to competing for outright positions.

Due to the success of the GT4 format two new regional series will be launched. The GT4 America East and America West competitions will consist of five race weekends, retaining the SprintX format for Pro-Am (Silver/ Bronze) and Am pairings (Bronze/Bronze). There will be no overall championship available.

The popular TCR class series will be expanded to seven race weekends, giving the TC categories the chance to ‘flourish with a distinctive identity and marketing.

The full calendar for the 2019 Pirelli World Challenge season will be announced at the TOTAL 24 Hours of Spa on Friday July 27. 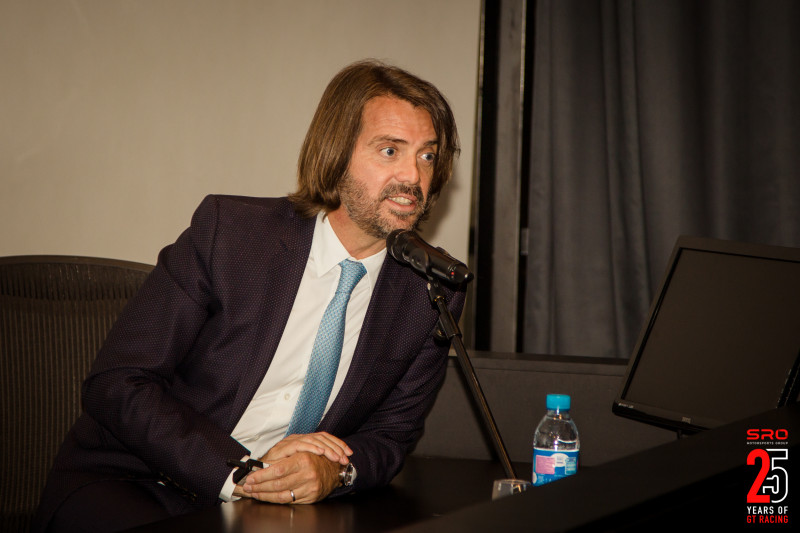 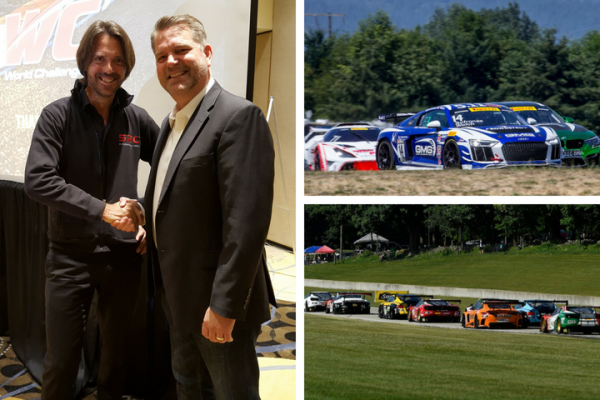 Bothe Stéphane Ratel and Greg Gill are excited at the opportunities that the expansion of the Pirelli World Challenge offers to teams and drivers.

“This is an exciting time for the Pirelli World Challenge as it becomes more closely integrated within the global SRO Motorsports group platform,” said Stéphane Ratel. “I believe what we have presented today reflects the wishes of our drivers and teams while retaining the fundamental values that have made the series popular with fans across America.”

“Heading into our 30th year, we have listened to the teams feedback about the classes and racing they wanted and the venues where they wish to compete,” said Greg Gill. “ We will honour our Pirelli World Challenge heritage with single-driver sprint events in the GTS class while attempting to grow the GT3 category at the forefront of American motorsports. We will also expand the GT4 format to regional East and West categories, which I am certain will attract more local drivers to become part of the Pirelli World Challenge family.”

Photos Above: world-challenge.com The Pirelli World Challenge visits Sonoma Raceway, formerly Sears Point Raceway, in the Sonoma Mountains, California for the final weekend of GT action in the 2017 season on September 15 – 17. There are 42 entries in the GT field with 14 cars entered in the GT (GT3) category, six in the […]

Photo: world-challenge.com Scott Maxwell and, taking the car to the chequered flag, Jade Buford took the first GTS SprintX victory in the 2018 Pirelli World Challenge, driving the #55 PF Racing Ford Mustang GT4. Second across the line in the Pro-Am category, after having taken the position in the closing seconds of the 60-minute race, […]

Scott Hargrove, driving the #96 Pfaff Motorsports Porsche 911 GT3, took his second victory of the weekend to win Round Two of the 2018 Pirelli World Challenge GT / GTA category in a race that was filled with incident and eventually red-flagged with ten minutes left to race. Second in the GT class was the […]