ProTechnika Motorsport Team Principal Anna Walewska has announced that the team will be presenting its brand new Mercedes-AMG GT4 at the final round of the 2018 British GT Championship at Donington Park on September 22 -23, ahead of preparations for 24 hour races that the now-University Of Bolton-based team intend to enter over the winter.

“It’s a very exciting time for ProTechnika,” said Anna Walewska. “Our purchase of a new Mercedes-AMG GT4 from HWA Mercedes has happened at the right time we hoped for, enabling us to test the car at the British GT Championship race  at Donington this weekend and it arrived in the UK yesterday.” 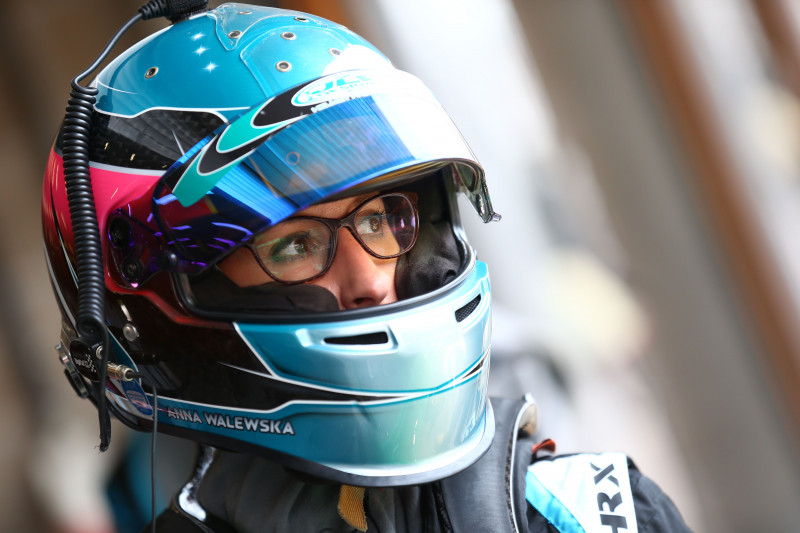 “(It has been) an exceptional effort from the team and I’m looking forward to driving it with Tom Canning this weekend.”

ProTechnika Motorsport made its debut at the Spa round of the 2018  British GT Championship where Walewska and Canning finished second in the GT4 Pro-Am class.

Track action for the final round of the 2018 championship begins at 09:40 on Saturday September 22 with the lights going out for the two-hour race at 13.35 on Sunday September 23.

Photo: Century Motorsport. Fenny Compton-based Century Motorsport has announced that it will campaign a BMW M6 GT3 in the 2019 British GT Championship with the driver line-up of 2018 GT4 drivers champion Jack Mitchell and Adrian Willmot, who drove in the premier national GT championship in 2011. The GT3 campaign will be run alongside the […]

Beechdean AMR Returns In GT3 For Season Finale At Donington (07.09.16)

The entry list for the Round Nine of the 2016 British GT Championship has revealed some surprises. After being withdrawn after damage incurred at Spa and the team’s subsequent focus on the GT4 Championship, the #1 Beechdean AMR Vantage GT3 returns for the final round. 2015 British GT Champion, Andrew Howard, will be partnered for […]