At the end of a fascinating race, it was the #100 Team Bleekemolen Seat Leon TCR V2 SEQ, driven by Sebastiaan Bleekemolen, Melvin de Groot, Rob Smith and Rene Steenmetz, who drove the final stint, that crossed the line to win the TCR class and outright victory in the Hankook 24H SILVERSTONE, the opening round of the 2017 TOURING CAR ENDURANCE SERIES. 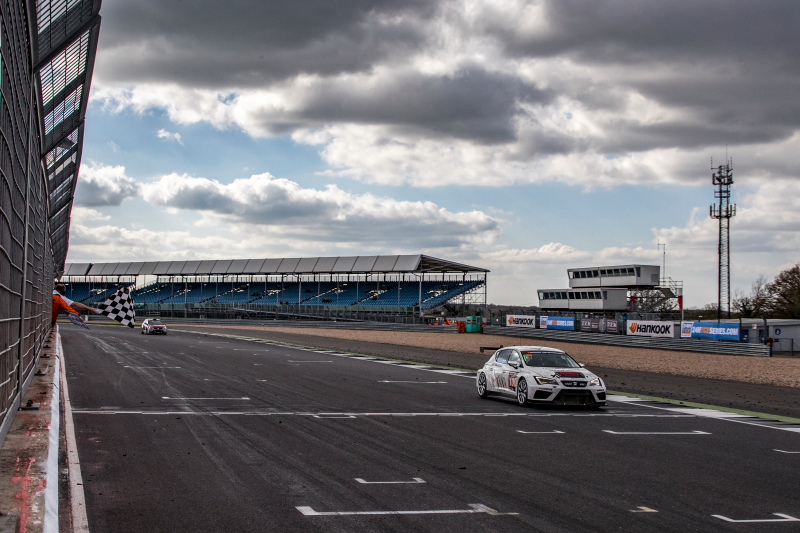 The #100 Team Bleekemolan entry had led for most of the night when a shock absorber issue caused the car spend nearly a quarter of an hour in the garage, allowing the #216 Modena Motorsports entry to take the lead. The #216 entry then hit its own suspension problems and, after repair, lost places that it was unable to make up and eventually pulled in to the garage from which it didn’t emerge.

The 2017 running of the Hankook 24H SILVERSTONE was a race of attrition with the front-running #303 Red Camel-Jordans.nl Seat Leon TCR V3 DSG suffering a rear steering-arm breakage after contact with another car. The resulting repair was then followed by turbo issues and, finally, oil pressure problems. As a result, the car was retired.

The SP3-GT4 class was won by the #136 Moss Motorsport UK BMW E46 M3 piloted by Mike Moss, Chris Murphy, Scott Adam and Barry McMahon with the #178 CWS Ginetta GT4 in second. CWS team owner Colin White was not impressed with the #136 entry’s ability to switch classes during the race and, as a result, cause the CWS team to change strategies, putting strain on its car with a resulting mechanical failure. 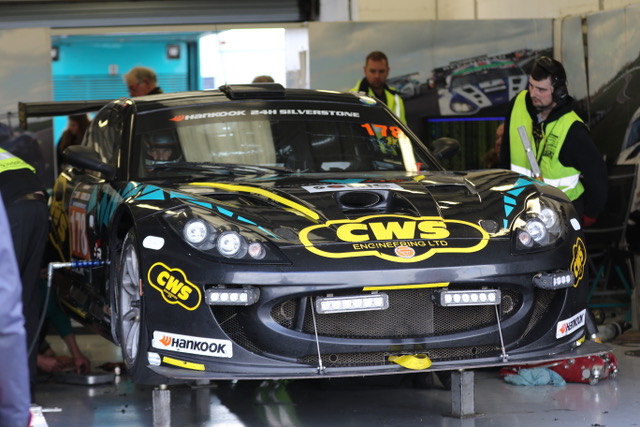 Perhaps the most interesting result from the race was the A3 class. The class winner, the #176 Synchro Motorsport Honda Civic Type R, driven by Alyn James, Daniel Wheeler and Martin Byford , had suffered an engine failure early in the race which led to a complete engine change. Normally that would have been enough to put a car out of contention but, due to issues suffered by other competitors, the #176 car made its way back up the standings to eventually lead the class with two hours to go. Second in class was the #138 Vanquish Motorsport Seat Leon Supercopa driven by Paul Plant, Simon Cresswell, Chris Yarwood and J Littman. The #138 had damper issues on Sunday morning which put it out of cintention for the class victory.

The second round of the 2017 TOURING FAR ENDURANCE SERIES powered by Hankook will be the Hankook 12H MAGNY-COURS on April 21-22.