Even though many European and North American championship seasons have ended, there was still plenty of action across the world of endurance and GT racing during the first week of December.

November 30 and December 1 saw the first running of FIA GT Nations Cup and the GT4 International Cup at the Bapco Bahrain GT Festival, organised in conjunction with the SRO Motorsports Group and the Bahrain International Festival.

Victory in the GT4 International Cup went to the #36 CMR Alpine A110 GT4, piloted by Pierre-Alexandre Jean and Pierre Sancinena, who finished 5.677 seconds ahead of the #5 Phoenix Racing Audi R8 LMS GT4 with the driver line-up of Nicolaj Möller-Madsen and Milan Dontje. The #39 3Y Technology BMW M4 GT4, driven by Gilles Vannelet and Enzo Guibbert completed the top three positions, and took the win in the Pro-Am category, in a race that saw the #36 car start from 18th on the grid for the Saturday evening race.

Pierre-Alexandre Jean pulled the #39 Alpine up the order during the opening laps before a safety car period allowed the field to bunch up, allowing Jean to take second place as the driver changes began.

After Pierre-Alexandre Jean had handed the #36 car over, team mate Pierre Sancinena managed to exit the pits just ahead of Möller-Madsen, now at the wheel of the #5 car and a brief lock-up by the Danish driver at T1 allowed Sancinena to open a small gap, which he increased to over 5 seconds at the chequered flag.

Pierre-Alexandre Jean was delighted at the victory.

“We have had a lot going on this weekend,” said Jean. “I started the race from 18th and gave the car to my team-mate in first place, so my stint was very good. I really enjoyed the overtaking and coming back in this way; for the driver it is the best. The team did a perfect job and so did my teammate. He made no mistakes and was very quick. I really think was our race.”

The Am-Am category was won by the #250 RHC Jorgensen/Strom by Marc Cars BMW M4 GT4, piloted by Daren E. Jorgensen and Brett Strom, the former satisfied that a strategy focused on the main race rather than the qualifying races resulted in the class victory.

“We came to Bahrain not expecting to win; we just wanted to race hard and go for it and it turned out really well,” said the Austin, Texas-based driver. “We have an Australian team that supports us and they did a great job as usual. Going hard in practice isn’t always the best thing to do; the main race is where it counts. Our strategy paid off and we couldn’t be happier.”

The focus of the Bapco Bahrain GT Festival was the FIA GT Nations Cup where Team Turkey, in the Ram Racing-run #34 Mercedes-AMG GT3, piloted by Salih Yoluc and Ayhancan Guven took the overall victory in a race that saw the #34 car struggle for pace in the opening stint to come alive in the second half of the 60-minute race, allowing Ayhancan Güven to pass both Team Russia Ferrari F488 GT3 and the UK entry, driven by Chris Buncombe, for the lead in the final ten minutes.

“It is a great feeling to win the FIA GT nations Cup for Team Turkey’” said an overjoyed Salih Yoluc. “It was pure racing in the fight with Team UK after the restart but then we managed to settle into a better place after that. We had some moments and some doubts during the weekend but we believed we had the speed and we did it. Ayhancan drove so well and it is down to him for passing the two cars towards the end that we won the race.”

You can read the race report here.

Founder and CEO of SRO Motorsports Stéphane Ratel was recognised for his immense contribution to world motorsport at the annual Autosport Awards, held in London on the evening of December 2. 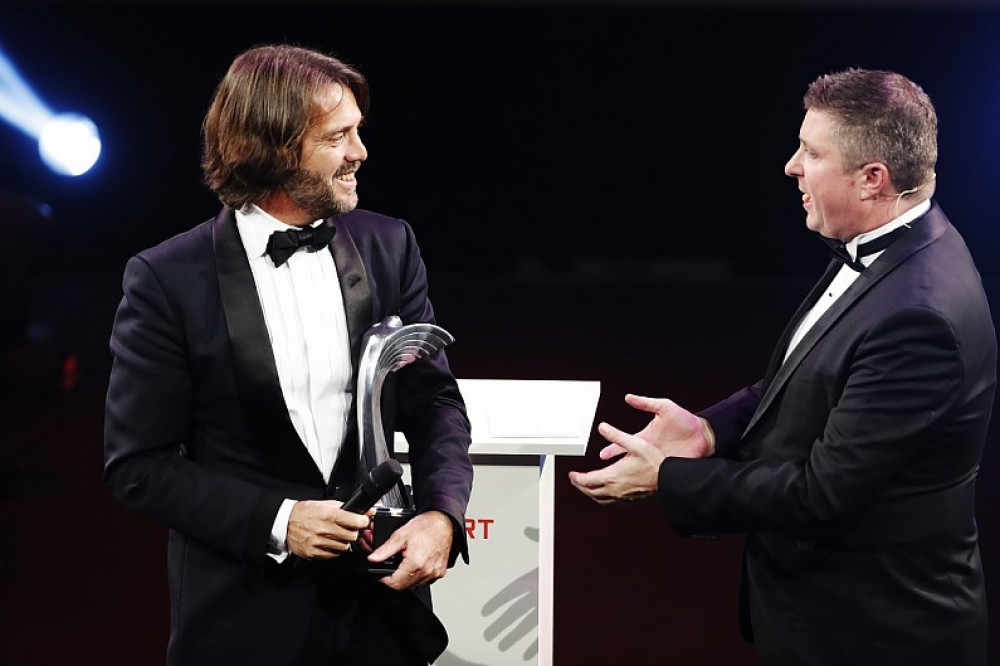 “I thought I would be a lot older when I got this!” joked Ratel, on receipt of the Gregor Grant Award. It’s been a very busy time this season. It started in the first weekend of February for the first round of the Intercontinental GT Challenge and finished last night (December 1) with the inaugural GT Nations Cup in Bahrain. Along the way we have covered 12 championships and series, 49 events in 20 countries and four continents.”

“It’s been a long story and we have created lots of categories; GT3, GT4 and, soon, GT2 and it has worked in many categories and series.”

Further honours were awarded within the world of GT racing when Graham Davidson, who finished seventh in the British GT Championship GT3 drivers standings with teammate Maxime Martin after driving the #47 Jetstream Motorsport Aston Martin V12 Vantage GT3 to the team’s debut victory at Spa-Francorchamps, was awarded the ERA Club Trophy at the end-of season BRDC awards. 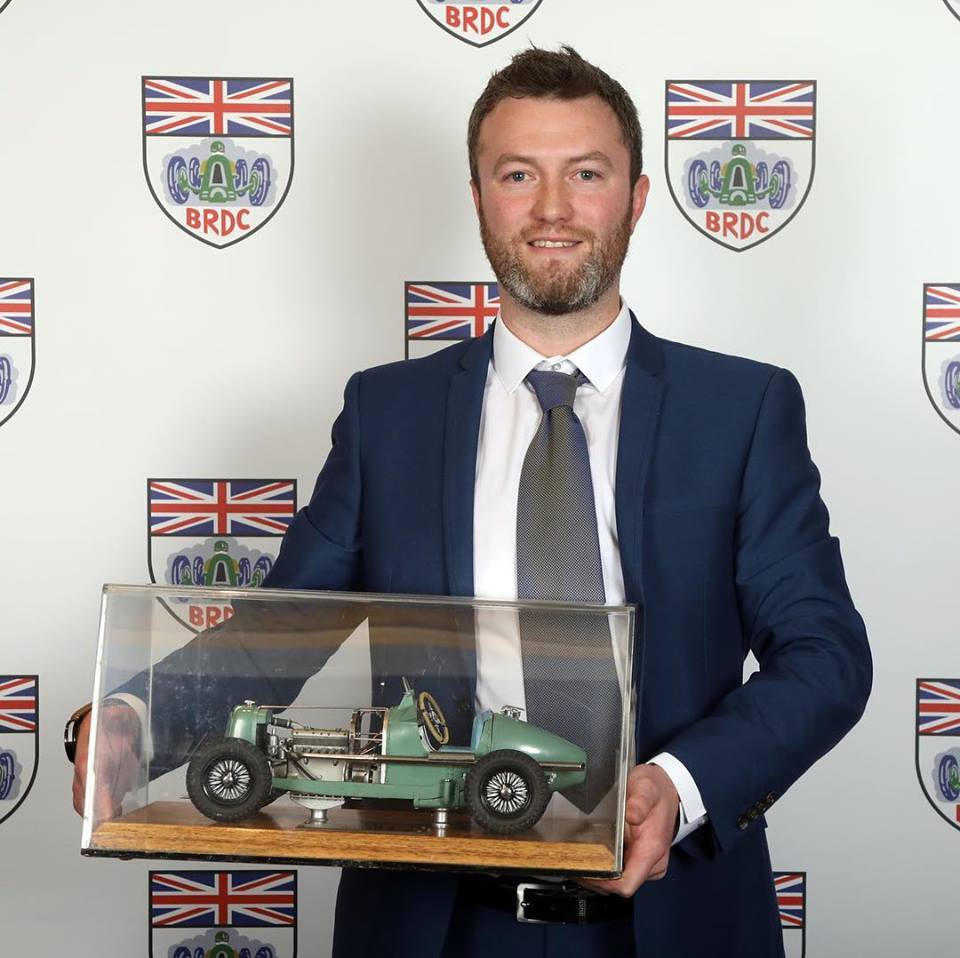 The ERA Club Trophy is awarded to ‘the British driver who, driving a British car, established the most meritorious performance of the year outside the UK.’

Graham Davidson, who recently announced that he will be joining TF Sport and partnering with Jonny Adam in the new-for-2019 Aston Martin Vantage for his second British GT Championship campaign, was delighted at the award, commenting on social media:

“What an honour to receive the ERA Club Trophy from the BRDC – very flattering considering who it’s been awarded to in recent years!” 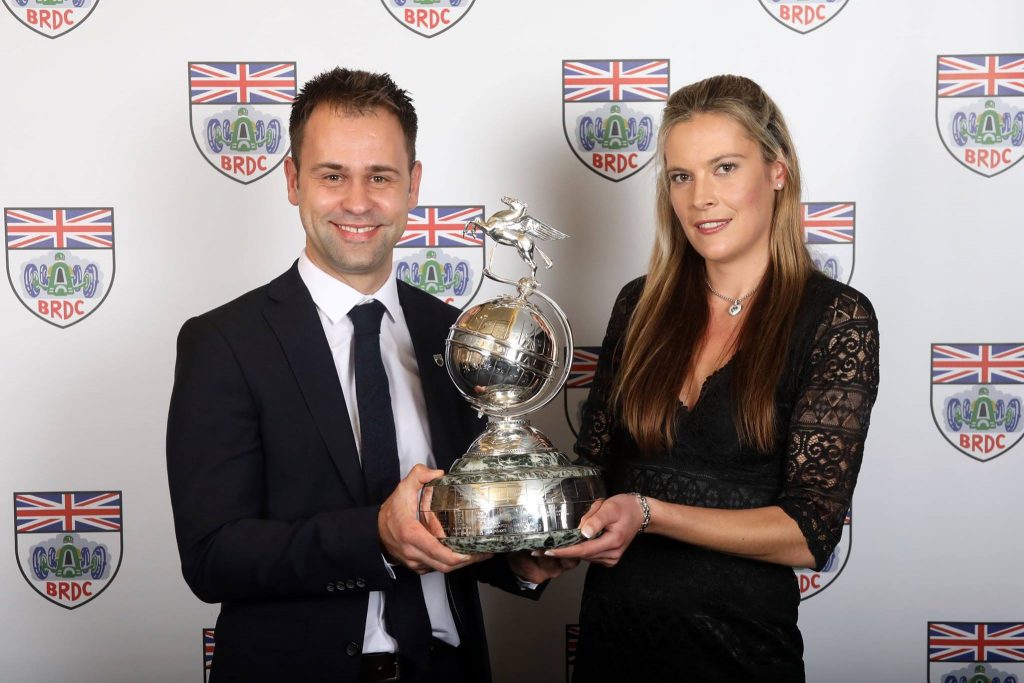 Looking further at the world of highly developed racecars that resemble their road-going counterparts, the FIA World Motorsport Council released the first set of technical regulations for the new-for-2020 ‘Hypercar’ class for the FIA World Endurance Championship which includes the 24 Hours of Le Mans. The class will remain hybrid, with systems being developed by the teams or rented for Euro 3m for two seasons.

The second weekend of December will see Rounds Two of both the Asian Le Mans Series and the Gulf Sportscar Championship.

The Asian Le Mans Series grid will reconvene for the Four Hours of Fuji while the Gulf Sportscar Championship grid will contest its second outing at the Dubai Autodrome.

Dubai Autodrome will be the first outing for the Ligier JS P4, with one example being entered by Knight Connection by Prodriver team. 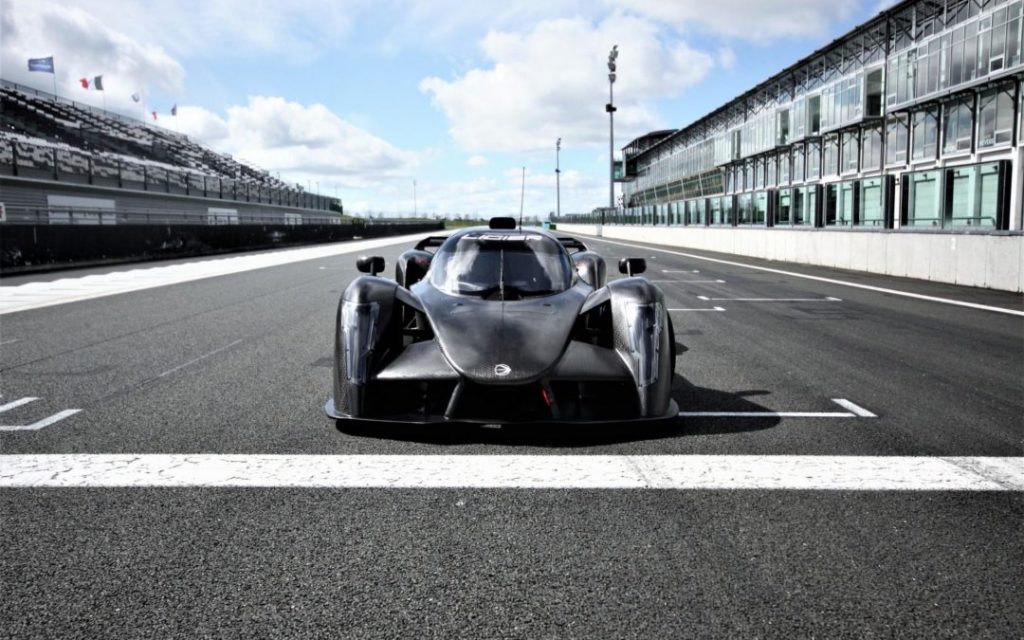 Joint team owner Paul Chevalier explained the reasons behind the team’s choice of the new-for-2019 Ligier.

“Our brand new 2019-spec Ligier JS P4 will make its world debut on 7 December at the second round of the Gulf Sportscar Championship in Dubai,” said Paul Chevalier. “Our choice to go for the JS P4 is justified by the build quality and competency of those people who build Ligier vehicles. We believe that there is a long-term future for this racing car in the Middle-East. Ahead of its debut, the Ligier JS P4 will be wrapped in the full UAE flag livery to celebrate the 47th UAE National Day.”

“They are real racing cars that are specially built for endurance racing. We believe that the JS P4 is a car that can get a lot of people interested in motorsport in the Middle East.”

At the Fuji Speedway, 20 entries will take to the grid for Round Two of the 2018/19 Asian Le Mans Series, seven in the LMP3 class, eight in the LMP3 category and five in the GT class.

Car Guy, winners of the GT class in the opening round at Shanghai, is targeting its second victory of the season at the iconic Japanese circuit.

“Our main target is to win at Fuji,” said Kei Cozzolino, Team Manager at Car Guy. “We are not interested in finishing second or third. In the opening round in Shanghai, we were able to win because we had some luck but on the other hand, as a team, we were quite strong. Fuji is Car Guy’s home track and is the perfect venue to prove our maximum potential.”

The 4 Hours of Fuji will be streamed across the series’ Facebook and YouTube pages with qualifying coverage starting at 14:00 on Saturday December 8 (05:00 UK time) and with race coverage beginning at 11:30 local time (02:30 UK time) on Sunday December 9.

From everybody at EndurancedandGT, have a great weekend!

Hello and welcome to the April 12 edition of the “EGT Friday Sportscar Round-Up”, brought to you in proud association with Student Motorsport. Founded in 2011 by JP Latham, Student Motorsport is a network, website, resource and organiser of collaborative projects designed to help young people take the right path to success and help them […]