With the 2018 British GT Championship having concluded less than seven weeks ago, teams are already laying the foundations for 2019 with driver announcements and testing.

University of Bolton-backed ProTechnika Motorsport was out testing at Snetterton this week, as preparations continue for the team’s debut at the HANKOOK 24H DUBAI on January 10 – 12. The team was launched at the Spa-Francorchamps round of the 2018 British GT Championship with team owner Anna Walewska sharing the driving duties with Tom Canning. The pair enjoyed great success at its debut race weekend, finishing second in the GT4 Pro-Am class and travelled to the final round of the season at Donington Park with a recently acquired, brand-new Mercedes-AMG GT4

Looking ahead to 2019, Anna Walewska has ambitious plans for ProTechnika Motorsport, now based at the National Centre For Motorsport Engineering at the University of Bolton.

Speaking to EnduranceandGT editor Andy Lloyd, Anna Walewska explained that she was pleased at how the Snetterton test had gone.

“We were testing at Snetterton, doing back-to-back semi-exclusive days testing new talent,” said Walewska, who finished third in the 2016 British GT GT4 Pro-Am Standings and who won the SP3 class at the 2016 24H DUBAI. “I am very pleased at how both drivers performed, especially in the mixed weather conditions on the second day. It’s good preparation for next season and our winter programme.” 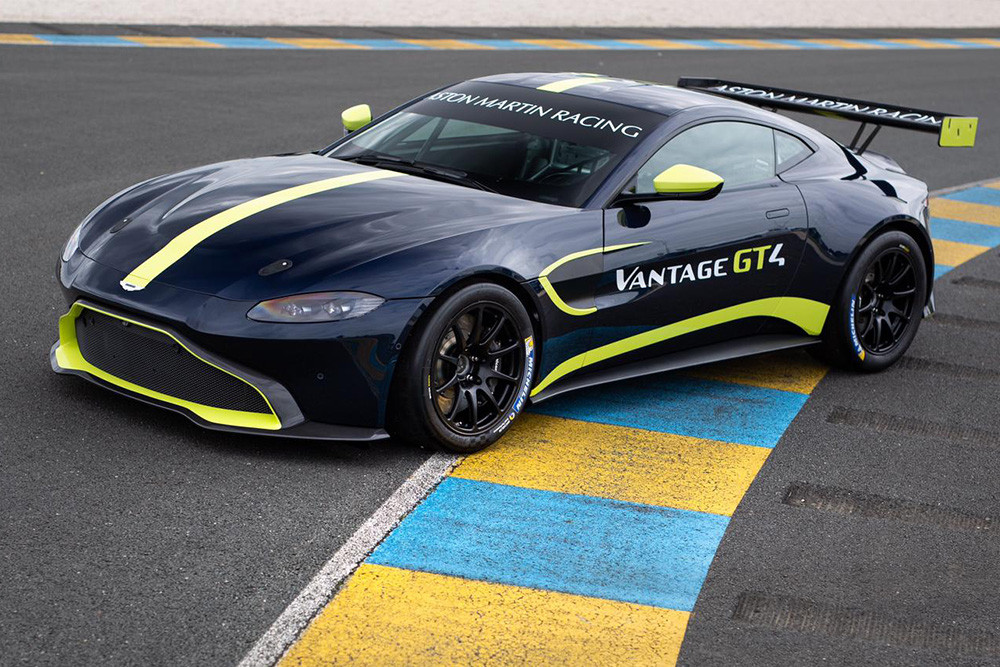 Optimum Motorsport, winners of the 2018 British GT Championship GT3 Drivers Championship with Flick Haigh and Jonny Adam has announced that it is to also field two entries in the GT4 class for 2019 with a pair of new Aston Martin Vantage GT4s.

The Wakefield-based team is no stranger to the GT4 class, having won the Drivers Standings in the class in 2016 with Graham Johnson and Mike Robinson.

Team Principal Shaun Goff announced that Connor O’Brien, who finished sixth in the 2018 Ginetta GT5 Challenge will step up to the GT4 class for the new season, to drive alongside a yet-to-be-announced teammate.

“I’m looking forward to starting our new test programme next year and getting to work with Aston Martin,” said O’Brien.

You can read the full story about Optimum Motorsport’s GT4 entries for 2019 here. 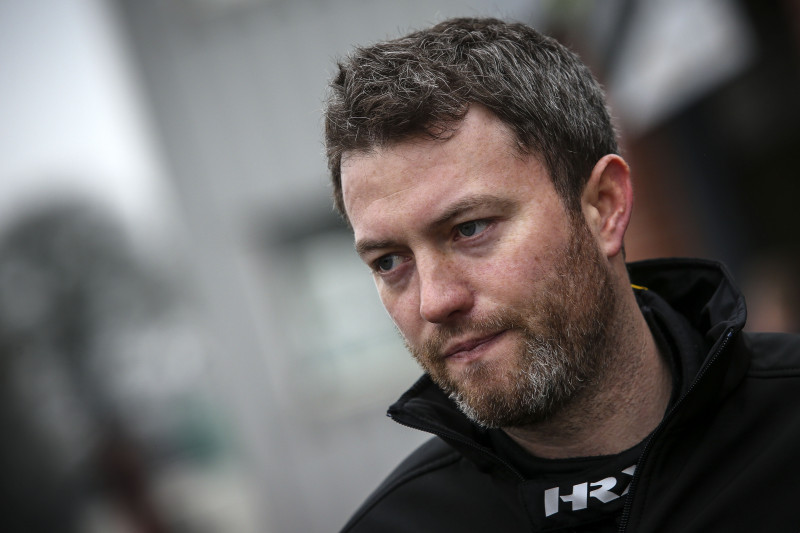 Davidson, who enjoyed a solid start to his British GT career in 2018 with a win at Spa-Francorchamps, finished seventh in the GT3 Drivers standings with his team-mate and Aston Martin factory driver Maxime Martin, driving the #47 Jetstream Motorsport Aston Martin V12 Vantage GT3.

“It’s fantastic to be joining TF Sport for next year and to have a teammate in Jonny Adam – it doesn’t get much better than that! “ said the Aberdeen-based driver. “It’s going to be mega and I hope I can do it justice.”

“Graham will be aiming for his first championship and I’ll be aiming for my fourth,” said Jonny Adam, winner of the LMGTE Pro-Am class at the 24 Hours of Le Mans in 2017. “I’ll work closely with him in terms of coaching, simulator work and making sure he’s focused on his driving.”

News broke on the morning of Friday November 9 that the appeal lodged by Mercedes-AMG Team Black Falcon following the penalty applied at the final round the 2018 Blancpain GT Series Endurance at Circuit de Barcelona-Catalunya has been partially upheld. 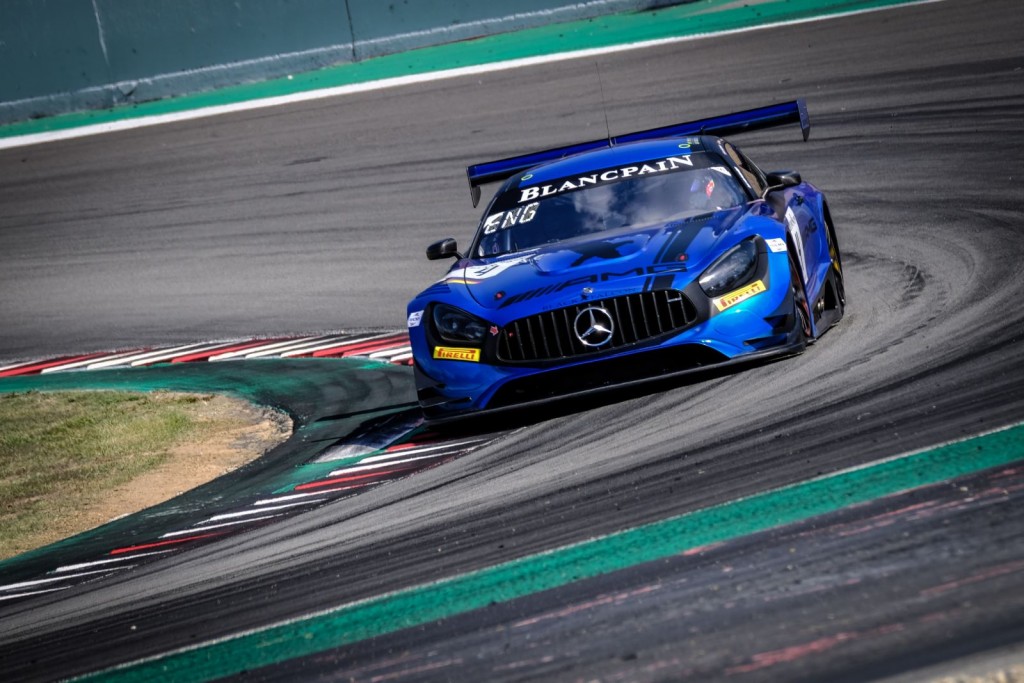 The #4 entry, driven by Yelmer Buurman, Maro Engel and Luca Stolz, had been disqualified from the race after the stewards found tape covering an air intake. This was not in accordance with the car’s FIA homologation and was deemed to be a potential performance advantage.

The RACB Sport National Court of Appeal upheld the infringement but ruled that the disqualification should be withdrawn and a fine imposed instead. As a result, the #4 Mercedes-AMG team Black Falcon entry is confirmed as the 2018 Blancpain GT Series Endurance Cup champion

This weekend GT racing enthusiasts will be focused on the final round of the 2018 Autobacs Super GT Series at Motegi.

Whatever you’re watching and wherever you are, have a great weekend!

The Pro-Am Relationship: Coaching And The Use Of The Simulator – Part One – The Professional. (16.01.20)

The use of simulators for the development of racing technology and the coaching of drivers is not new. Formula One embraced the ‘sim’ as far back as the early 2000s with the release of Cruden’s Racer software developed by Ruud van Gaal. As simulation technology improved and became cheaper and more accessible, drivers across many […]

“I have Full Confidence Going Into The Next Round” – Team HARD’s Ben Wallace Takes The Positives From British GT Championship Round Three at Rockingham (29.04.18)

Photo Above: Jakob Ebrey The #31 Team Parker Racing Bentley Continental piloted by Rick Parfitt Jnr and Seb Morris was declared the winner of Round 3 of the 2017 British GT Championship after a review which saw the #21 Spirit of Race Ferrari F488 GT3 demoted to second. In a finish that had many spectators […]