It’s been another busy week in the GT and endurance racing world with a number of significant announcements concerning plans for 2019 as well as racing in the Asian Le Mans Series and the Gulf Sportscar Championship.

“I’m so excited to be stepping up to GT3 with such high-quality players as Barwell, Lamborghini and Phil Keen,” said Adam Balon. “No pressure then!”

Barwell Motorsport Team Principal Mark Lemmer is confident that Balon and Keen will be a competitive pairing from the opening round at Oulton Park in April.

“We have been following Adam’s performances and success in GT4 for a while now and I have no doubt that he has what it takes to step up to become a championship challenger in the spectacular new Lamborghini Huracán GT3 Evo,” said Mark Lemmer. “The first time Adam tested with us he was immediately fast and fitted straight in with the Barwell philosophy. I’m sure he and Keeny will make a formidable partnership going forward!”

Adding to the anticipation of a highly competitive season in the GT3 category was the announcement that Century Motorsport, the Fenny Compton-based GT4 championship winning team owned by Nathan Freke, will enter a new BMW M6 GT3 in the senior class for 2019. 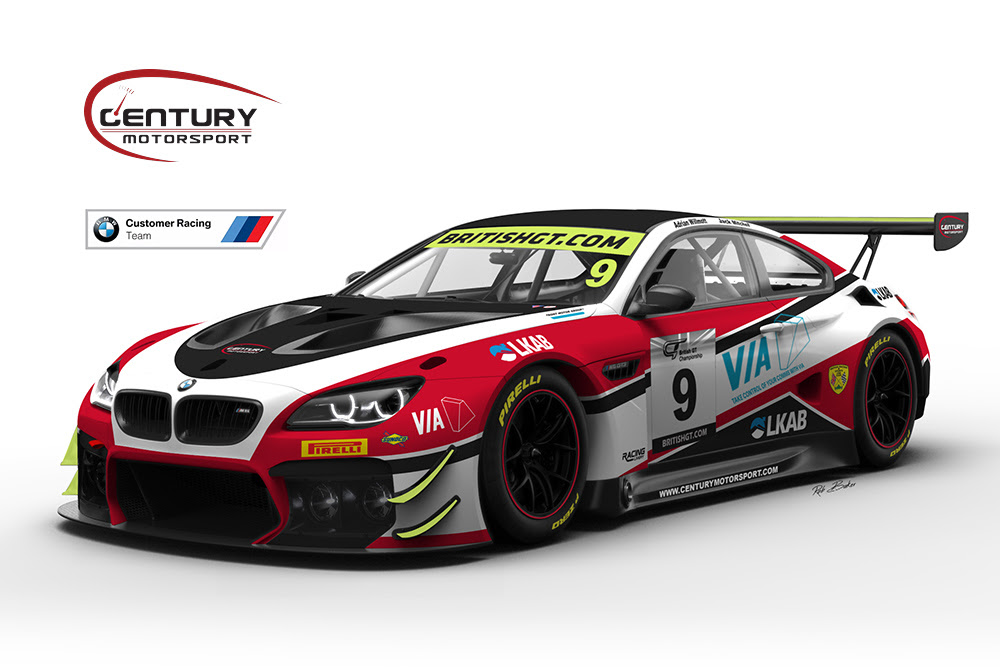 The entry will have a Pro/Am crew of reigning GT4 drivers champion Jack Mitchell and series returnee Adrian Willmott. Mitchell has previous experience in the GT3 category, having been a member of the Macmillan AMR squad in 2016 with the Aston Martin Vantage GT3, finishing sixth in the drivers standings.

Both Mitchell and Willmott are excited by the prospect of campaigning the first BMW M6 GT3 to compete in the British GT Championship.

“I’m really excited to be racing the BMW M6 GT3 with Century Motorsport for the 2019 British GT Championship season,” said 20-year old Mitchell. “After racing in the GT3 class in 2017, I felt it improved me as a driver and set me up with the knowledge, experience and tools to win this year’s GT4 championship. Coming back into the class for 2019 I feel I have made another step in the right direction with my driving, which is needed when you look at the calibre of drivers I will be up against.”

“Having sold a few of my businesses I found myself with a bit of time on my hands!” said Somerset-based Adrian Willmott. “That coincided with meeting Nathan at Century Motorsport and then after a meeting with Team Jack a British GT plan was hatched and I thought ‘hell, who not?”

“It’s been a while since I last did a championship but Century are a great team with lots of support and the BMW M6 will be quick from the box, especially in the hands of young Jack who showed tremendous form last year, so I think we should be in the mix and having a lot of fun along the way!”

Team ABBA also announced on Friday December 14 that it would be returning to the GT3 class in 2019 with its Mercedes-AMG GT3 to be driven by team owner Richard Neary with regular co-driver Adam Christodoulou alongside for all rounds except Donington Park for which Neary’s teammate will be announced at a later date. 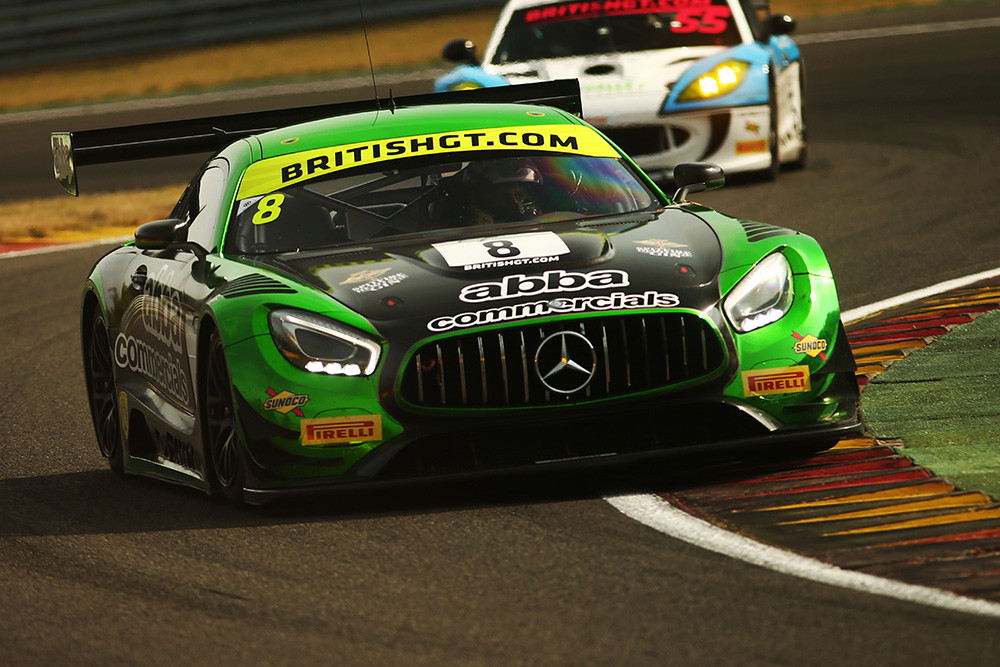 “I can’t wait to throw myself back into British GT full-time next season,” said Neary. “The GT3 grid is already looking very strong but we demonstrated good pace during this year’s selected outings and certainly enough to suggest we’ll be in the mix. Obviously Adam’s clash isn’t ideal but we’re already close to finalising his replacement for Donington in June.” 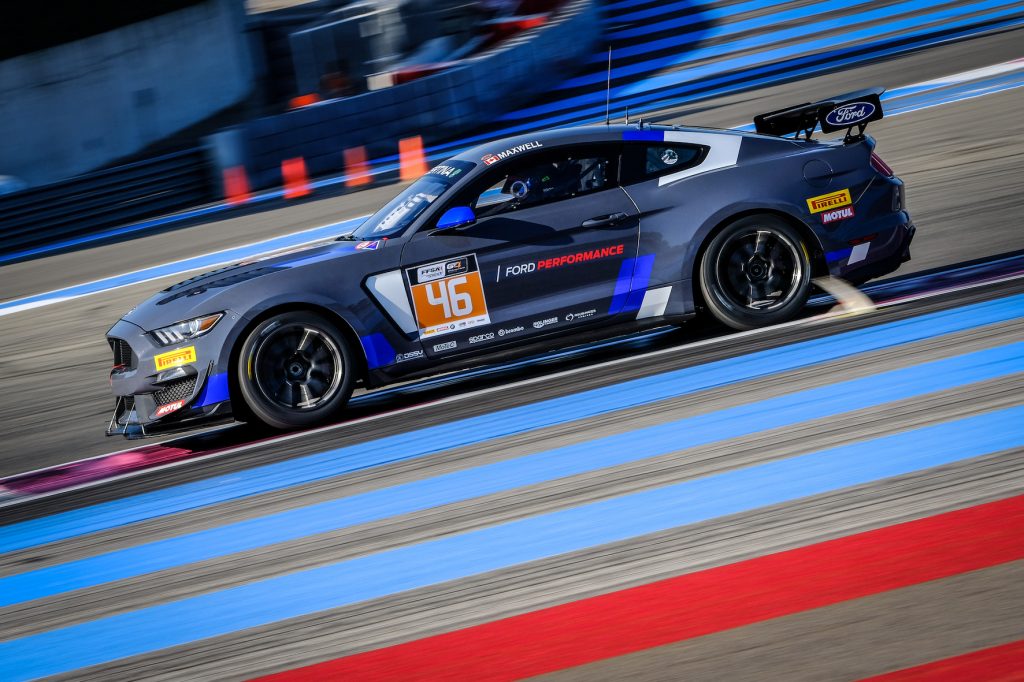 Also during the week, Multimatic Motorsports, the competition arm of the Canadian based innovator in vehicle dynamics and development, best known for campaigning the Ford GT in the FIA World Endurance Championship in partnership with Ford Chip Ganassi Racing UK, announced that it will enter a pair of Ford Mustang GT4s in the British GT Championship in 2019.

Currently three drivers have been announced for the programme; Ford stalwarts Billy Johnson and Scott Maxwell and Seb Priaulx, son of Andy Priaulx, who finished seventh in the British F4 this season. A fourth driver has yet to be announced.

“Looking forward to every new racing season is always exciting and for me the 2019 one can’t start soon enough,” said the 17-year driver. “The opportunity to race in British GT is amazing. Also to be with such a great team is something every driver dreams of, and I know I shall learn awful lot from being part of such a professional outfit.”

“I have seen what a competitive championship British GT is and know it will be tough, but I really enjoyed the test in the Mustang and I can’t wait to get out there and race!”

At a chilly Fuji Speedway, the Asian Le Mans Series grid assembled for Round Two of the 2018/19 season. Victory in the LMP2 category went to the #24 Judd-powered Algarve Pro Racing Ligier JS P2 driven by Andrea Pizzitola and Harrison Newey who finished 16.422 seconds ahead of the #22 United Autosports Ligier piloted by Philip Hanson and Paul Di Resta.

After two rounds, the #22 United Autosports entry leads the LMP2 series standings on 37 points, three ahead of the #8 Spirit of Race Ligier. The LMP3 table is headed by the #13 Inter Europol Competition Ligier on 44 points while the Car Guy entry is at the top of the table in the overall GT standings.

Last weekend also saw Round Two of the inaugural season of the Gulf Sportscar Championship with overall victory in Race One going to the #24 GPX Racing Renault RS1 driven by Jordan Grogor and Fred Fatien. GP Extreme lead the GT3 standings on 40 points going into Round Three at the Dubai Autodrome on January 25.

Championship organisers SRO Motorsports Group has rescheduled the final rounds of the Blancpain GT World Challenge Asia and GT4 Asia series by one week to avoid a date clash with the Singapore Grand Prix. The race weekend will run on Friday and Saturday September 27 and 28 as Sunday is designated a working day in China.

Commenting on the date change, Blancpain GT World Challenge Asia and GT4 Asia General Manager Benjamin Franassovici said:
“We know how important the Singapore Grand Prix weekend has become for many drivers in the region so it makes perfect sense to push back our Shanghai round by one week. It’s important we ensure the region’s Pro and Am drivers have as many opportunities to race as possible.”

Qualifying begins at 15:45 local time on Friday December 14 with the race split into two six-hour sessions, the first beginning at 09:30 on December 15.

Live timing can be found here.

Wherever you are and whatever you’ll be doing, the EnduranceandGT team wishes you a great weekend!