It’s been a busy week in the world of endurance, GT and sportscar racing with one season drawing to a close and, no sooner had the champagne been washed out of the race-suits of the winners of the final round of the 2017 FIA World Endurance Championship, announcements arrived thick and fast in preparation for 2018.

The 6 Hours of Bahrain, the season finale to this year’s FIA World Endurance Championship was an enthralling and emotional affair with the Porsche LMP Team campaigning its Porsche 919 Hybrid for the last time before leaving the championship in the prototype classes.

It was the #8 Toyota Gazoo Racing Toyota TS050, driven by Anthony Davidson, Sébastien Buemi and Kazuki Nakajima that took the chequered flag in Bahrain, one lap ahead of the #2 Porsche LMP Team Porsche 919 Hybrid piloted by 2017 Drivers Champions Timo Berhard, Earl Bamber and Brendon Hartley.

The LMP2 class saw a titanic battle between Jackie Chan DC Racing and Vaillainte Rebellion. After taking the lead in the LMP2 Teams Trophy at the previous round, the #31 Vaillante Rebellion crossed the line 10.696 seconds ahead of the #38 Jackie Chan DC Racing ORECA 07 and, with the victory, took the title. Ollie Jarvis, who drove the final stint in the #38 car, reported after the race that the team had encountered ‘fuel tank issues’.

There was drama, too, for the #31 car with Bruno Senna reporting power-steering problems in the final 45-minutes of the race with comments that the car being ‘undriveable’. Senna hung on and the pace of the #31 ORECA 07 hardly faltered, allowing the Brazilian driver to secure the class victory and title. You can read the race report here. 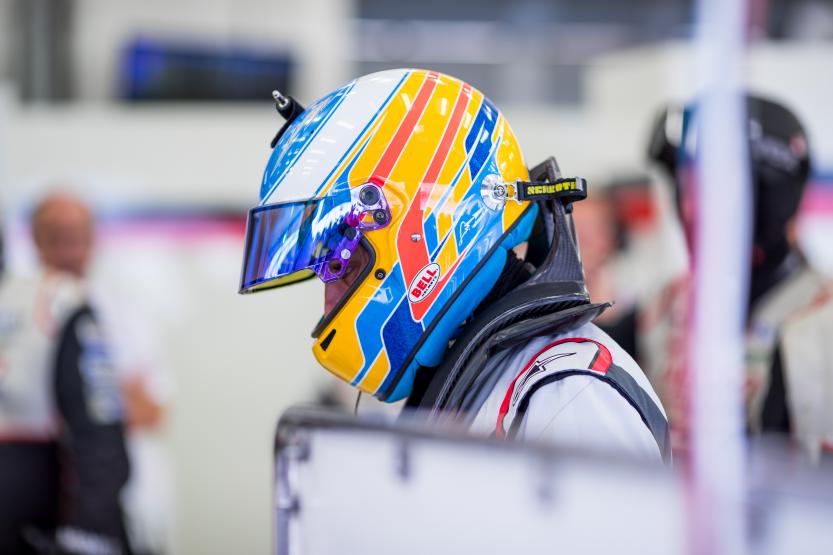 The Rookie Tests, the traditional end to the season, attracted more interest than usual when 2005-06 FIA Formula One world champion and current McLaren-Honda driver Fernando Alonso put in 113 laps in the race-winning #8 Toyota TS050.

“It was a great day,” said Alonso. “Testing an LMP1 car is always a nice thing for any racing driver because these cars are amazing to drive. They are very consistent throughout a stint which is a positive thing. I have wanted to test a car like this for long time now and today I could achieve that so I am happy.”

Read about the Rookie Test here.

Two manufacturers announced new models for next season and beyond over the past week.

Firstly, McLaren Automotive announced that it was intending to develop a GT3 variant of its 720S model, launched at the Geneva Motorshow in March of this year. Few details were given of the new car other than development will continue throughout 2018 with the intention that the McLaren 720S GT3 will be available for customer teams in time for the 2019 season.

The rendering of the new car shows it to have purposeful styling and it will be fascinating to see how the story of the 720S GT3 develops throughout next year.

You can read about the new McLaren 720S GT3 here.

The big FIA World Endurance Championship news of the week came from Aston Martin Racing with the launch, for Aston Martin, of the new Vantage and, later in the day, the first public viewing of the new Aston Martin Vantage GTE.

Alongside the launch of the new Vantage GTE was the news that Darren Turner, Jonny Adam, Nicki Thiim and Marco Sørensen have been retained by Aston Martin Racing for the FIA WEC 2018/19 ‘Super Season. Added to the driver roster is Alex Lynn, current Formula E driver and ex-GP2 race winner. Further driver announcements are expected shortly.

“It’s terrific to be involved in this exciting new chapter for Aston Martin Racing,” said Managing Director John Gaw. “The increasingly tough competition in the GTE class and the prospect of two visits to Le Mans and a return to Sebring within the 2018/19 super-season is thoroughly tantalising.”

In preparation for 2018 ByKOLLES Racing completed an intensive three-day testing programme at Motorland, Aragon, of the EnsoCLM P1.01.

“We are pleased with the progress made on both reliability and performance,” said ByKOLLES Director of Racing Operations Boris Bermes. “All drivers did a solid job and our team is happy to attract such young and competitive drivers.” 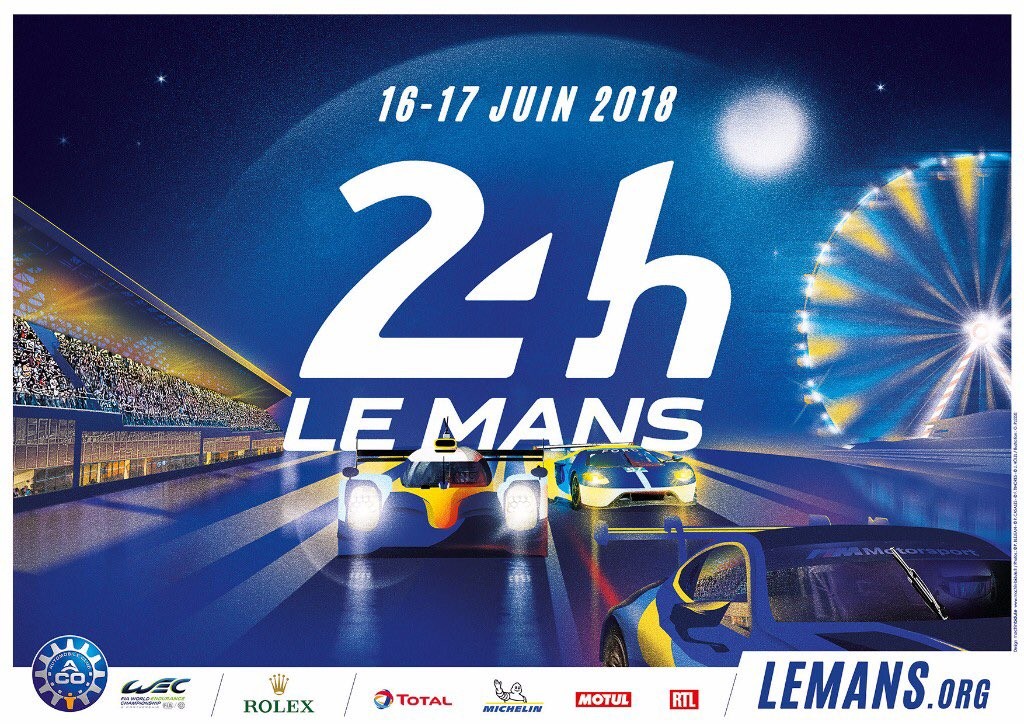 And finally…. the poster for the 2018 running of the 24 Hours of Le Mans. Using an evocative image, reminiscent of 1930s-style racing posters, the graphic certainly excited some interest on social media. Roll on 2018!