Hello and welcome to the March 15, 2019 edition of the EGT Friday Sportscar Round-Up, brought to you in proud association with JB Data Engineering. For all your trackside and pre- and post-event data support requirements, JB Data Engineering provides a professional and cost-effective service. To find out how JB Data Engineering can help you to improve your race performance, click here.

Before we start this week’s edition, the EnduranceandGT team was deeply saddened to hear of the passing of FIA Formula One Race Director, Safety Delegate, Permanent Starter and Head of the F1 Technical Department Charlie Whiting who died at the age of 66, just ahead of the opening round of the 2019 Formula 1 World Championship at Melbourne. Charlie Whiting started his career at Hesketh before moving on to Brabham. He joined the FIA in 1988 and had been Race Director since 1997. Tributes poured in for the hugely loved Whiting who was admired and respected in racing paddocks the world over. The Enduranceand GT team send their sincerest condolences to his family, friends and the world-wide F1 community of which Charlie Whiting was an integral part.

This week sees the long-waited ‘Super Sebring’ in which the IMSA WeatherTech SportsCar Championship and the FIA World Endurance Championship meet to race as part of the same race weekend.

You can find the entry list for the IMSA WeatherTech SportsCar Championship Mobil 1 Twelve Hours of Sebring here:

The full event timetable for the weekend can be downloaded here, along with the entry list for the FIA World Endurance Championship 1000 Miles of Sebring:

The weekend of March 9 – 10 saw the opening rounds of the Pirelli GT4 America Sprint Series at the Streets of St. Petersburg, Florida.

Race One saw the overall victory go to the #50 Team Panoz Racing Avezzano GT4, driven by Ian James who crossed the line .696 seconds ahead of Spencer Pumpelly, at the wheel of the #66 TRG – The Racers Group Porsche Cayman GT4 Clubsport MR. Completing the top three was Gar Robinson, driving the #74 Robinson Racing Chevrolet Camaro GT4. 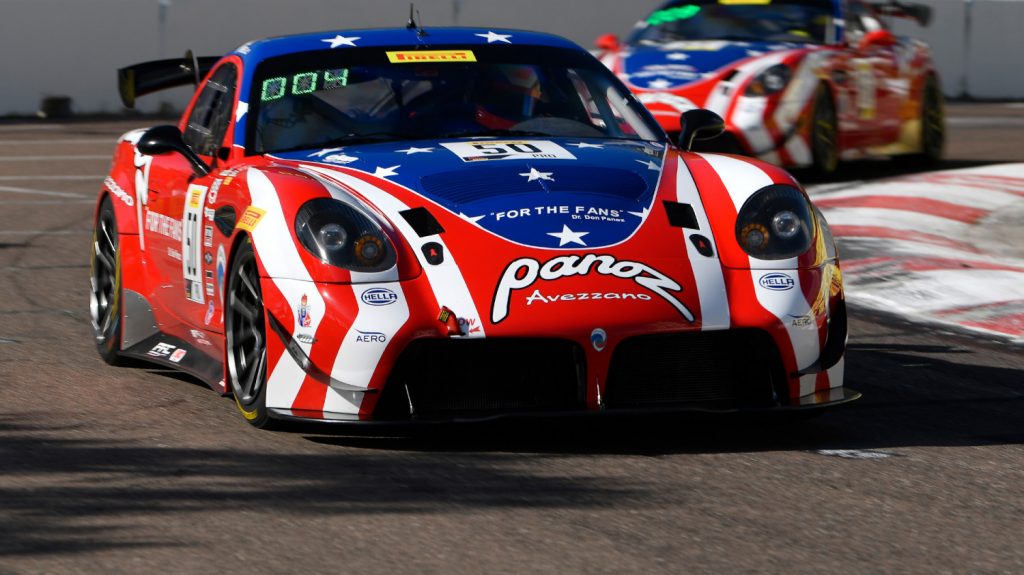 The 50-minute race had its share of drama when, after twenty minutes gone, there was contact between Ian Lacey in the #12 Ian Lacey Racing Ford Mustang GT4 and Jarett Andretti in the #18 Andretti Autosport McLaren 570S GT4 at T1. Andretti and the #18 car spun into retirement and the resultant oil spillage clean-up saw the race neutralised behind the Safety Car for 13 minutes.

At the restart, Nicolai Elghanayan, driving the #71 Marco Polo Motorsports KTM X-Bow, lost a wheel and incurred a heavy impact. Elghanayan was thankfully unhurt but the race was red-flagged.

The full report of Race One of the Pirelli GT4 America series can be found here.

Am class honours were taken by Preston Calvert at the wheel of the #51 Team Panoz Racing Panoz Avezzano GT4.

The report on Race Two can be found here.

Lamborghini will be the most popular marque on the Endurance Cup grid in 2019 with 12 of the new-generation Huracan GT3 Evos entered for the new season.

Details of the entry lists can be found below:

Wavre, Belgium-based Boutsen Ginion Racing has announced that it will campaign two cars in the 2019 Blancpain GT Series – a BMW M6 GT3 and a new-generation Lamborghini Huracan GT3 Evo. 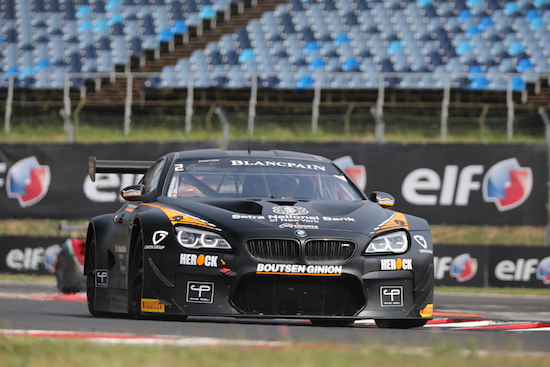 The BMW M6 GT3 will be entered in the Endurance Cup and will be driven by Karim Ojjeh, Philippe Steveny and Marc Rostan.

Strakka Racing this week confirmed its driver line-ups for the remaining rounds of the Intercontinental GT Challenge. Team owner Nick Leventis will take a sabbatical from driving for the rest of the season due to business commitments.

The team’s #42 Mercedes-AMG GT3 will be piloted by Gary Paffett, Tristan Vautier and Lewis Williamson while the sister #42 entry will see Danish 2017 IMSA WeatherTech SportsCar Championship GTD Champion Christina Nielsen partner with Adam Christodoulou and Dominik Baumann for all the rounds except for Spa, for which Nielsen’s teammates have yet to be confirmed.

Details of Strakka Racing’s driver announcement can be found here. 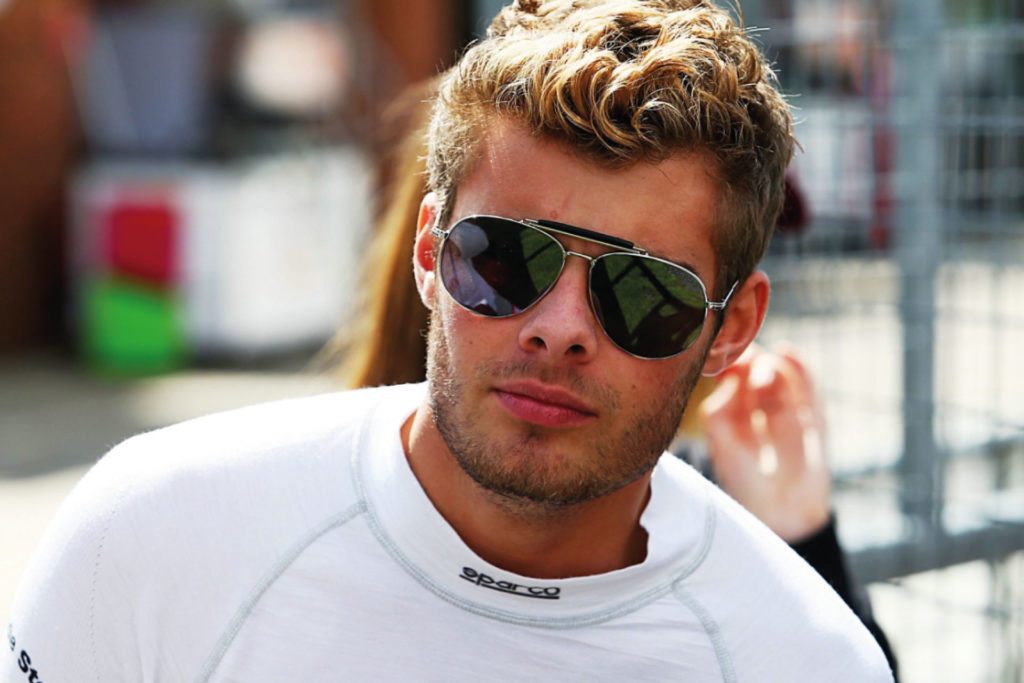 After announcing a return to the British GT Championship just prior to the season-launching Media Day at Donington Park on March 5, Morris was delighted to confirm that he and Derek Pierce would be renewing their driving partnership for the forthcoming Blancpain GT Series season.

“I’m mega excited to be back in Blancpain for a second season with Team Parker,” said Morris. “It’s great to be back and especially with the new Bentley Continental as well. It’s obviously fantastic to be working with Derek again. The deal has all been possible thanks to his support and that of J & D Pierce (Contracts) Ltd so I’m looking to repay that faith in me with some big results.”

Anstone Racing has announced that it will become a full-season entrant for the 2019 Blancpain GT World Challenge Asia series.

Xu Wei and Naoki Yokomizo will form a Pro-Am pairing to dive the team’s Mercedes-AMG GT3, the same car which contested the 2018 Shanghai round.

“I feel very lucky to be participating in Blancpain GT World Challenge Asia in 2019,” said Wei. “I hope the championship’s high level of competition will help me improve – it’s certainly a great opportunity to learn from other drivers. Standing on the podium will represent a significant achievement so I’m really looking forward to comparing myself against the others.”

The opening round of the 2019 Blancpain GT World Challenge Asia takes place on April 6 – 7 at Sepang International Circuit, Malaysia.

From everyone on the EnduranceandGT team, we hope you enjoy a safe and motorsport-packed weekend!

As seasons draw to a close, winter seasons are beginning and there has been a lot of activity in the world of sportscar and endurance racing over the past few days. Looking back to the end of October, the 2017/1 Asian Le Mans Series launched with first round being held in Zhuhai. The Jackie Chan […]