With the FIA World Endurance Championship Prologue being held on weekend of April 1 – 2 at Autodromo Nazionale Monza, the Media Day launch for the British GT Championship at Snetterton on Tuesday March 28 (which also coincides with Day One of the Official Test for the European Le Mans Series) and the first round of the VLN series being held on the Nordschleife  this weekend, the 2017 launch of three more major global and European series is almost upon us.

Some series and championships have already got underway, however, and last weekend saw the second rounds of both the IMSA WeatherTech SportsCar Championship and the 24H SERIES.

The 24H SERIES arrived in Italy for the Hankook 12H Mugello and it was the #11 Scuderia Praha Ferrari F488 GT3 piloted by Jiri Pisarik, Josef Král and Matteo Malucelli that took the chequered flag and the top step of the podium. The Czech Republic-based team won with a four-lap advantage over second place finishers IDEC SPORT RACING with its #17 Mercedes AMG GT3 driven by Patrice Lafargue, Paul Lafargue and Dimitri Engelbert.

After two rounds, Hofor-Racing lead the Teams Standings on 38 points after a fourth place finish at Mugello, 11 points clear of Herberth Motorsport. For more details on the Hankook 12H Mugello click here and for the full results click here.

The IMSA WeatherTech SportsCar Championship made its second trip to Florida in 2017 for the Mobil 1 12 Hours of Sebring Fueled by Fresh From Florida. In a race that saw many of the prototype field encounter problems, it was the #10 Konica Minolta Cadillac DPi-V.R piloted by Alex Lynn and the Taylor brothers, Ricky and Jordan, that took the win in the premier class, beating the #5 Mustang Sampling Racing Cadillac DPi, driven by Joao Barbosa, Christian Fittipaldi and Filipe Albuquerque by 13.6 seconds.

In the GTLM class, what was expected to be a guaranteed win for the Ford Chip Ganassi Racing Ford GTs took a surprising turn when the #3 Corvette Racing Chevrolet Corvette C7.R. driven by Antonio Garcia, Jan Magnussen and Mike Rockenfeller took the class victory ahead of the #66 Ford Chip Ganassi Racing Ford GT with Dirk Mueller, Joey Hand and Sébastien Bourdais sharing the driving duties.

Moving back to the European GT racing scene, 2016 fan-favourites Rick Parfitt Jnr and Seb Morris announced their return to the British GT Championship with the Team Parker Racing Bentley Continental GT3. The pair enjoyed a very successful debut season in 2016 with a victory at Oulton Park, four pole positions and five podium finishes. 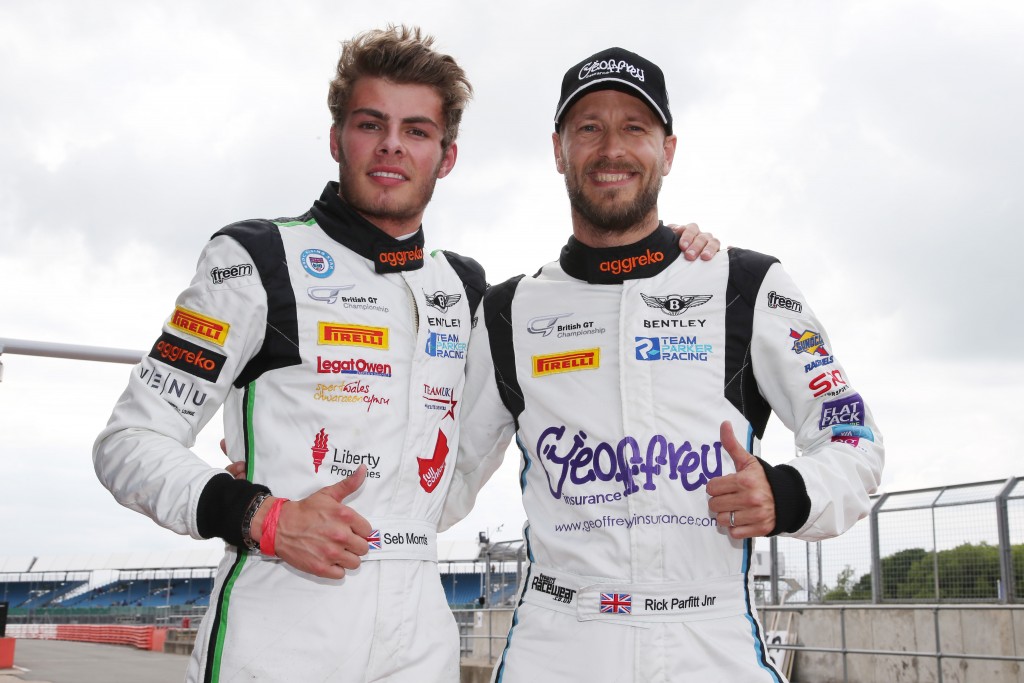 Bentley and with Seb as my team-mate,” said Parfitt. “We proved we were a great pairing last year, and only narrowly missed out on the title in our debut year. We know now the car and team much better and I am really looking forward to mounting a serious title assault. The ‘Dream Team’ is back!.”

The full article, published on EnduranceandGT.co.uk can be found here.

There was interesting news out of Ginetta this week. On March 22 the Leeds-based manufacturer announced that it had acquired Blyton Park Driving Centre. Developed from a wartime training airfield for bomber crews, Blyton Park was acquired by Managing Director Richard Usher in 2011. Usher will remain with the business to manage its day-to-day operations as Ginetta embarks on a programme of development to enhance the customer experience.

“The purchase of Blyton Park made ideal business sense to Ginetta,” said Commercial Director Nick Portlock. “It’s one of the UK’s biggest testing facilities and we are one of its biggest customers. We plan to invest in improving the customer offering and experience at the circuit.”

Ginetta has also announced that Andy Lewis has joined as Head of Aerodynamics to work on the company’s LMP1 project. Lewis joins from Williams Advance Engineering and has previously worked with Williams Racing Formula One Team, BAE Systems and, with Ginetta Technical Director Ewan Baldry, at Juno Racing Cars.

The Nürburgring-based VLN season opens this weekend with the first race of 2017 on the legendary Nordschleife.

With a grid of over 190 cars, expect the usual fast-and-furious racing from the ‘Green Hell’ with the addition this season of English language commentary from the Radio Show Ltd team with John Hindhaugh. John Hindhaugh sadly announced this week that he, and the RSL team, will not be providing the TV commentary for the FIA World Endurance Championship this year. Instead he will be returning to his radio roots for FIA WEC coverage, a move which both saddened and delighted endurance racing fans who will, once again, enjoy hearing his Sunderland tones on Radio Le Mans.

The full provisional entry list for the 63rd ADAC Westfalenfahrt, the first round of the VLN Endurance Championship can be found here: Entry List VLN1 a.a. 17.03.23

Next week the EnduranceandGT.co.uk team will be on the road for the 2017 British GT Championship Media Day at Snetterton. It was on this day in 2016 that the McLaren 570S GT4 was launched to the public to a backdrop of bitterly cold, grey Norfolk weather The 2017 grid looks fantastic so let’s hope for a brighter day this year to launch the premier national GT championship. 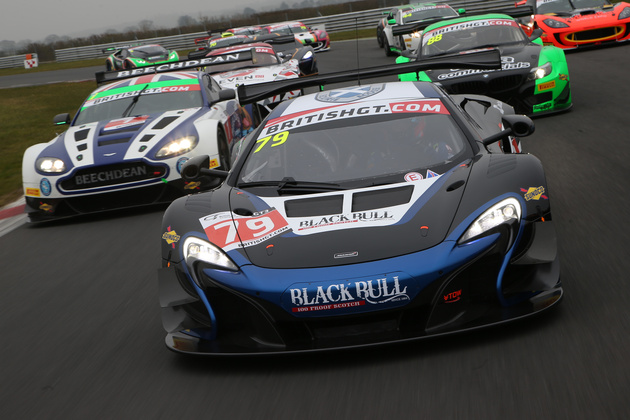 The two-day test is expected to host 41 cars and will give teams 14 hours of track time over five sessions, including a 2-hour night sessions. The provisional entry-list for the 2017 European Le Mans Series Official Test can be found here: ELMS Provisional Season Entry List – Official Monza Test

“I am thrilled to be personally supported by such a professional team of fitness, nutrition and well-being experts,” said JP Latham. “I look forward to supporting our members through their professional services and advice.”

“I’m proud and very excited to be a part of Student Motorsport as I want to inspire young people to get involved in motorsport,” said Wallace.

Click here to read more about Ben’s motorsport journey and his work with Student Motorsport.

Wherever you are and whatever you’re going to be watching or following, have a great weekend!

Photo: Ginetta.com After the announcement that Ginetta is to investigate JHR Developments and suspend the Dronfield, Derbyshire-based team from Ginetta competitions until further notice, current championship leader Sebastian Priaulx has announced that he will join HHC Motorsport for the remainder of the 2017 season. Priaulx and his fellow JHR Developments drivers are not under investigation […]

Photo: fiawec.com The FIA World Endurance Championship makes it final stop of the season for The 6 Hours of Bahrain on November 16 – 18 2017. Round Nine of the Championship sees little change in the entry list from Shanghai. In the nine-car field in the LMP2 class there are two driver changes. In the […]

2 Seas Motorsport, who entered the Intelligent Money British GT Championship for the first time in 2020, has announced that it will field a third McLaren 720S GT3 for the final round of the season at Silverstone. Al Faisal al Zubair and Martin Kodric will join the two Silver Cup crews of Angus Fender and […]