Tristan Gommendy, who finished second in the LMP2 class and third overall in the 2017 24 Hours of Le Mans in the #37 Jackie Chan DC Racing ORECA 07, is contesting the 2018 European Le Mans Series in the #39 Graff ORECA with team-mates, Alexandre Cougnaud and Jonathan Hirschi.

As the Official Test got underway at Circuit Paul Ricard at Le Castellet, Gommendy set the quickest time in the morning session of Monday April 9, on a circuit that has undergone some changes in recent months. During the opening minutes of afternoon running, Tristan shared some thoughts on the European Le Mans Series, the new LMP1 Privateer entrants and the 2017 24 Hours of Le Mans with EnduranceandGT.co.uk editor, Andy Lloyd.

Tristan, you went quickest this morning. A lot has changed at Circuit Paul Ricard with the resurfacing and the removal of the chicane. How did the circuit feel to you?

“We had a lot of rain this morning so it was difficult to judge the grip. I think we have to put more rubber on the track during the afternoon so the overall grip I can’t really judge. I’m quite surprised about a few bumps on the track. I expected a very smooth track but it’s not the case at all so I was quite surprised about that. It’s OK. There are a few changes but they don’t really transform the track so no big changes.”

Are you looking forward to the 2018 European Le Mans Series season?

“Yes, definitely. The European Le Mans Series is at a very high level. We have a lot of good drivers in the championship this year so it will be amazing. It’s really nice to compete with this level of drivers. It’s going to be a very challenging championship and, I think, probably one of the best sportscar championships. We have to be perfect – the team and the team-mates – to fight at the top because the level will be really high.” 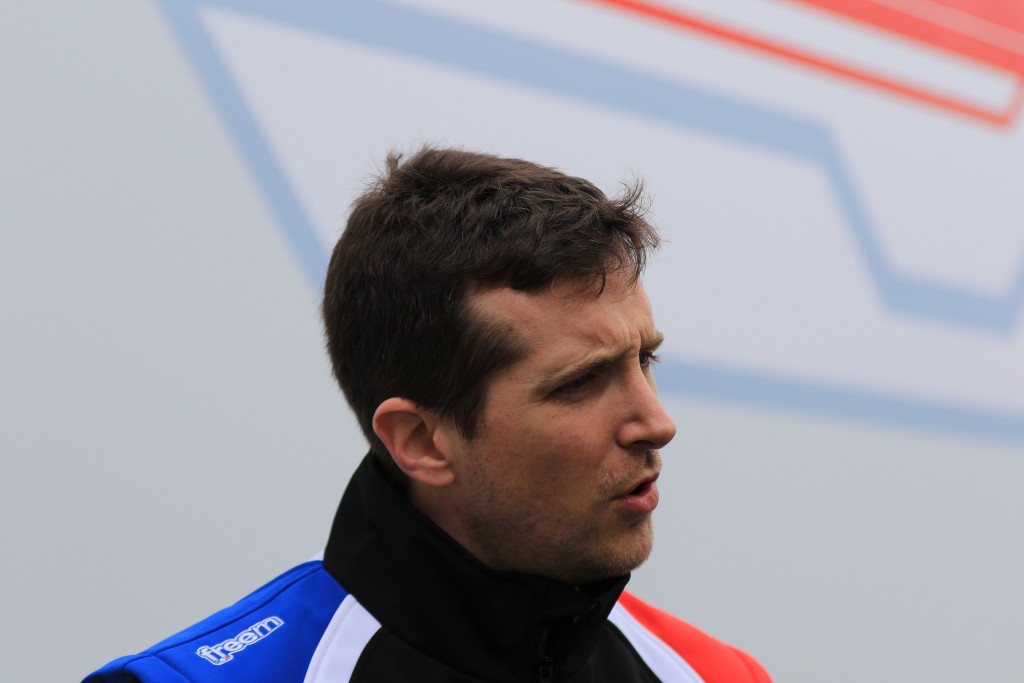 You were part of that amazing Le Mans experience in the Jackie Chan DC Racing team last year, part of a team that was fighting for the overall win. When you look back at that race, it must seem quite surreal how events unfolded at Circuit de la Sarthe last year.

“Yes, that’s true, because when you know Le Mans like I do, you know that you need everything to be on the podium ands if you want to win you have to be perfect – the drivers, the car and the team – everything has to be perfect. And finally – it was both cars (who were challenging for the win)!”

“It wasn’t really a big surprise because we had experienced, quick drivers in the team like Oliver Jarvis, Ho-Pin and myself. The team was strong and Jota Sport did an amazing job. We prepared for Le Mans with two or three races and a few tests so it wasn’t a big surprise. But you have to be lucky for Le Mans. You can be very prepared with the best line-up of drivers in the paddock and end up stopping in the first hour.”

“So you need everything and last year was amazing because both cars were up there, finishing one and two in class and two and three overall. It was amazing. I don’t want to think too much about it because when you do something like that, of course you think how I can do better! So we have to fight for the victory. I would like to win Le Mans so we will try to do it this year.”

What are your thoughts on the new LMP1 privateer chassis? Will that be a class that, as a professional driver, is of interest to you?

“Yes, definitely. But for the moment there are, for me, only a few chassis or maybe only one or two that will be very good. I think it is too early to have a good feeling about the privateer LMP1 class. Most of the teams have received their cars very late so we don’t know…nobody knows what we can expect from this category at the moment. It’s going to be interesting to see what happens at Le Mans this year.”

“For me the LMP1 Privateer class will, for me, in the next two or three years be the category that will win Le Mans. So if you want to win Le Mans as a driver you need to be in LMP1 so of course it’s interesting. For the moment, however, my choice is LMP2 because for me it’s the highest level you can race at in sportscars. But definitely next year LMP1 Privateer is going to be very interesting.”

The 2018 European Le Mans Series opens with the 4 Hours of Le Castellet on April 15.

Photo: @JEP – www.jakobebrey.com The #21 DragonSpeed ORECA 07, piloted by Henrik Hedman, James Allen and, taking the chequered flag, Ben Hanley crossed the line to take overall victory in the 4 Hours of le Castellet, the opening round of the 2019 European Le Mans Series. Hanley brought the #21 car home 16.655 seconds ahead […]