Young Australian race driver James Allen is competing at Le Mans for the first time. Supported by his family and close friends at the French classic, James displays remarkable composure for a driver facing one of the biggest challenges of his career to date.

EnduranceandGT editor Andy Lloyd caught up with James prior to the first practice session for the 24 Hours grid on Wednesday June 14….

“It definitely feels special. I’ve been dreaming about it since I was a kid so to really be here is a dream come true.”

When we spoke earlier in the year you were saying that prototypes were really where you wanted to focus your career moving forward. Has the reality lived up to the expectation?

“I actually think it’s gone further than I expected. The cars are unbelievably fast and the races are fantastic. So it’s really brilliant!” 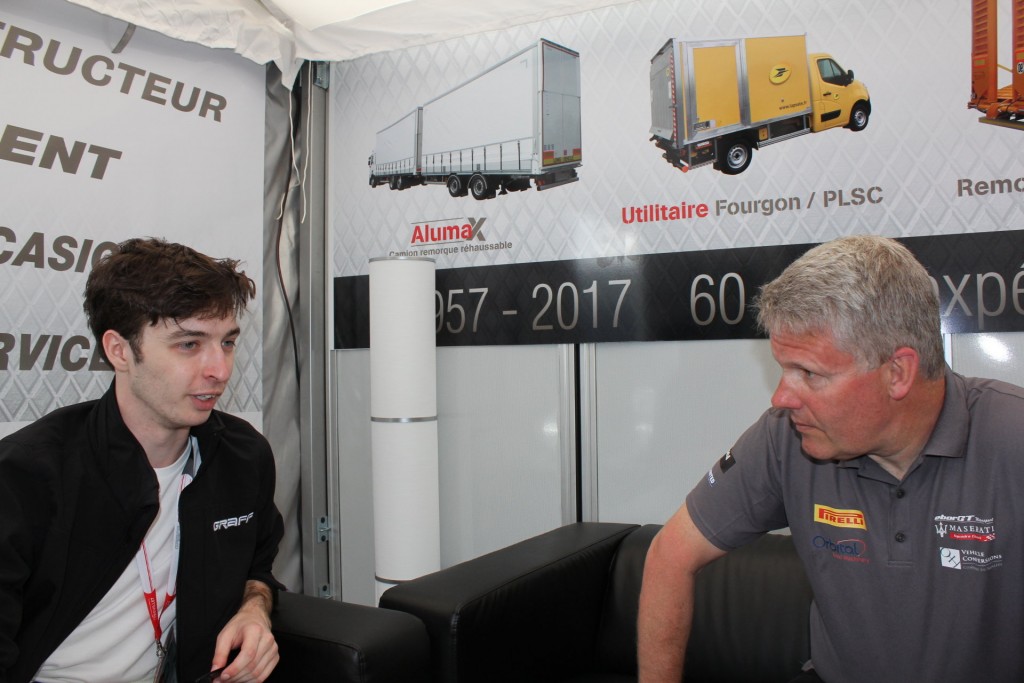 How have you found European Le Mans Series so far for you?

“Obviously in Monza I didn’t have the best luck with a mechanical failure. However we seem to have had good pace. Apart from the mechanical failure, it’s been fantastic. The team have done everything they can and they’ve done a great job. I think later in the year we will be looking at some podiums and, hopefully, wins. “

The relationship with Graff Racing seems to be a very good one and you seem to have gelled well with the team.

“Yes, definitely. I feel I’m part of the family right now. I have a great relationship with my engineers, the team and the other drivers. It’s feels good.”

The Le Mans Test Day nearly two weeks ago was your first experience of the circuit. How was that?

“It was unbelievable! I felt lost for the first five or six laps and at Le Mans five or six laps takes twenty minutes! I felt like ‘how am I going to figure out how to drive this track?’ but I soon got to grips with it.”

From a driver’s perspective in an LMP2 car, especially a 2017 car which has got a lot of power and a lot of aero, which are the most challenging parts of the circuit to learn?

“Probably the fast corners like the Porsche Curves. It’s really hard to try and commit to going fast, especially on a corner like that where any mistake can put you in the wall. That’s definitely been a challenge. But when you’re driving down towards Mulsanne for the first time, it’s definitely something very special.” 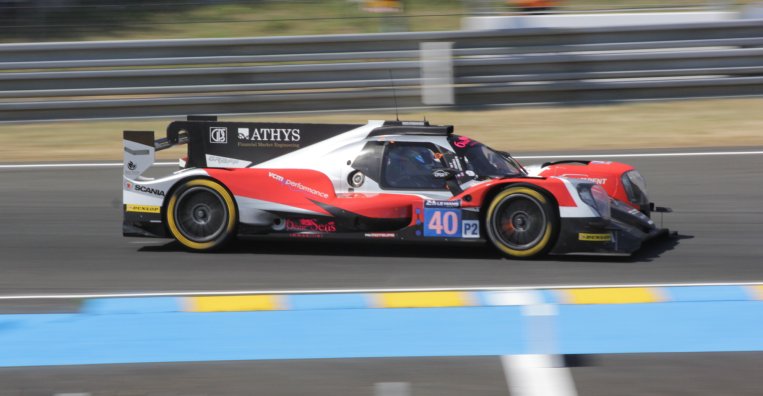 Driving the car at night must be a big challenge.

“Yes, I did the night session at Monza when it was getting dark and it was definitely something different. It feels a lot faster in the dark. You think you’re going really fast but when you come round your lap times two seconds slower because it’s at night!”

Much of the Le Mans circuit isn’t lit at night, is it?

“That’s right. The Bugatti circuit is lit but once you get through Tertre Rouge there’s no lighting and it’s pretty much the same up to the Porsche Curves and the Ford Chicane. At the night session at Monza we had good headlights because there wasn’t a lot of lighting there and it was quite easy to see.”

Many people have been talking this year about the fact that the straight line speed of the LMP2s is comparable with the LMP1s so they will be faster out of the corners and you might be faster on the straights. What has been your experience of that so far?

“I’ve actually had a P1 pull up alongside me on the straight so I ended up passing him back! It might get a bit difficult if one of the P1s gets a bit desperate but they’re professionals so they know what they’re doing. It will definitely be something to be aware of. “

And how have you have you acclimatised to the demands of driving in traffic?

“I’ve still got a bit to work on. It’s definitely a lot better than when I started. It was a challenge to keep the pace up while passing GT and LMP3 cars. However I’ve worked on driving in traffic and it’s getting better and better.”

Le Mans is  unique and the build-up is considerably longer than any other event. You must be keen to get on with racing now, aren’t you?

“I’ll  glad to be getting on track this afternoon! Le Mans is definitely nothing like anything I’ve done before.”

The first qualifying session for the 2017 running of the 24 Hours of Le Mans takes place at 22:00 local time on Wednesday June 14.

Photo: Roger Jenkins Having packed the team transports; the highly reliable VW Golf and the elderly yet never-let-me-down-yet Porsche Boxster, the EnduranceandGT.co.uk team of photographer Roger Jenkins and editor Andy Lloyd set off from Kent to catch the 06:40 ferry from Dover to Calais. The weather was the best we have ever known for an […]