Toyota Gazoo Racing locked out the front row of the grid for the 2019 running of the 24 Hours of Le Mans with times set in Q2 which the team chose not to push in the almost perfect conditions of the third qualifying session. The #7 Toyota TS050 Hybrid will start from pole after Kamui Kobayashi lapped in 3:15.497 in Q2 while the sister #8 car will start alongside after Kazuki Nakajima put in a 3:15.908, also set in Q2.

SMP Racing’s #17 BR Engineering BR1 will start from third on the grid after lapping in 3:16.159 in the third session.

The LMP2 class pole went to the #39 Graff ORECA 07 driven by Tristan Gommendy, Vincent Capillaire and Jonathan Hirschi, Gommendy lapping in 3:25.073, .272 seconds ahead of the #28 TDS Racing ORECA which lapped in 3:25.354 in the hands of Matthieu Vaxiviere. 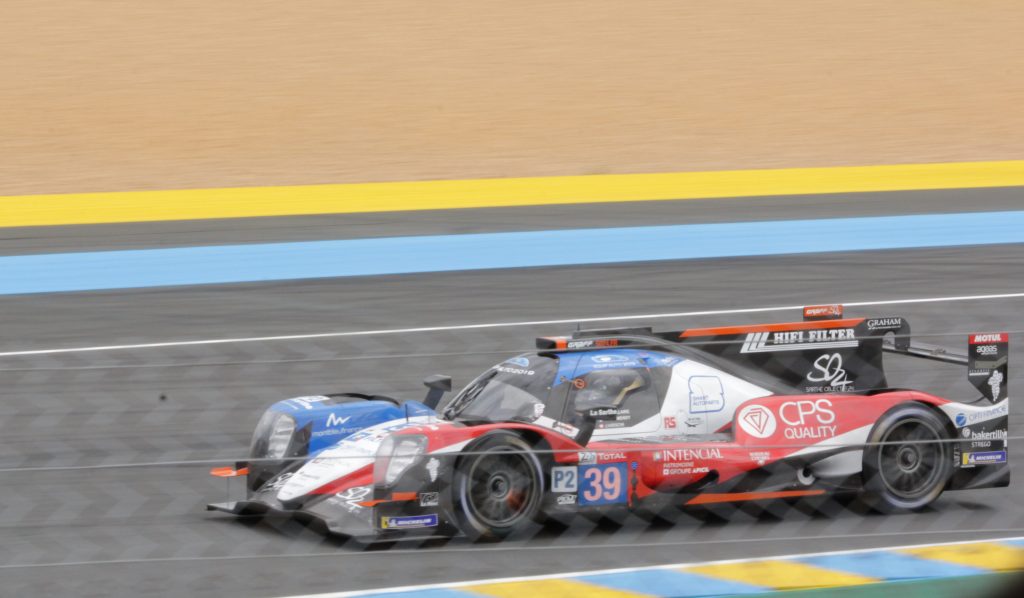 Class honours in the LMGTE Pro category went to the #95 Aston Martin Racing Aston Martin Vantage AMR in which Darren Turner put in 3:48.000. 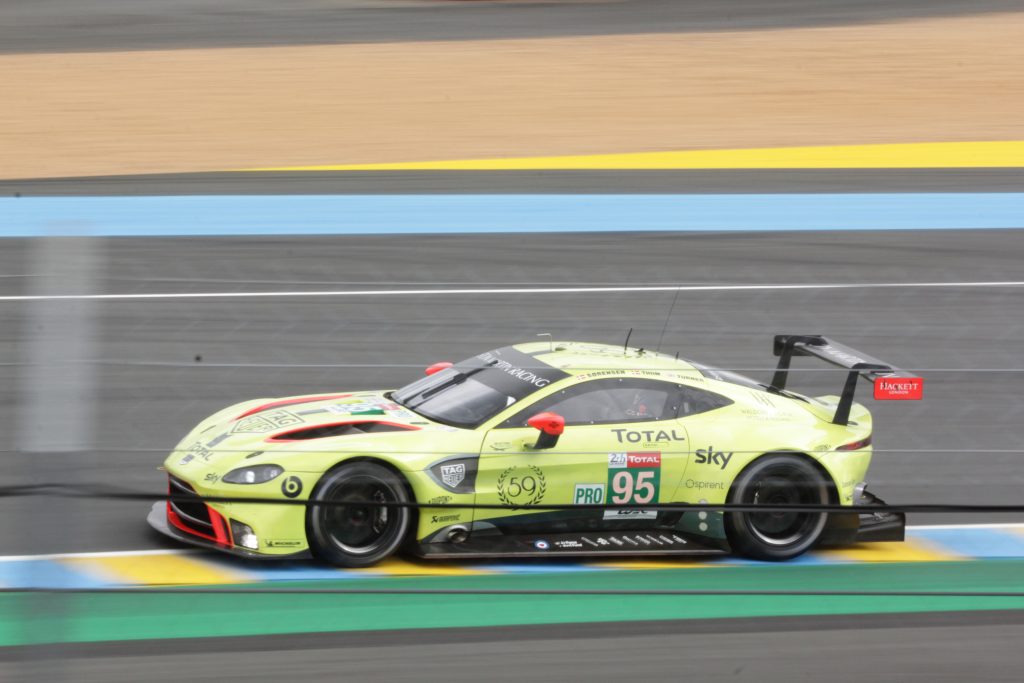 Porsche will start from class pole position in the LMGTE Am category with the #88 Dempsey-Proton Racing Porsche 911 RSR piloted by Matteo Cairoli, Georgio Roda and Satoshi Hoshino, Cairoli lapping in 3:51.439.

A little over 10 minutes after the start of the final two-hour qualifying session, there was drama for the #81 BMW Team MTek which had an off-track excursion at the Ford Chicane with Nicky Catsburg at the wheel. Contact with the tyre barrier resulted in damage to the #81 car which had to be hoisted out of the area of impact.

With 20 minutes of the final session run, the two Toyotas remained at the top of the overall time sheets but there had been changes in the LMP2 times with the quickest time of the three sessions being set by the #39 Graff ORECA which put in a 3:25.073 at the hands of Tristan Gommendy. TDS Racing was second quickest in the class with a 3:25.345.

A Full Course Yellow was called by the Race Director as the session approached the 30-minute mark, primarily to test the new safety procedure for the 24 Hours of Le Mans in 2019 and also to clear up a little of the track. The session was resumed at 22:35, just as the light was fading into complete darkness.

As the session resumed the #98 Aston Martin Racing entry came to a stop at the second chicane with Pedro Lamy at the wheel, bringing out a yellow flag which was quickly converted into a red flag due to an incident at Arnage with the #1 Rebellion R13, being driven by Bruno Senna, suffering what appeared to be a blown engine.

The session resumed at 22:56 with most of the now 61-car grid heading out to take advantage of almost perfect conditions.

Managing to put in a quick lap ahead of a slow-zone, Gustavo Menezes lapped the #3 Rebellion R13 in 3:16.404, placing the #3 car fourth on the LMP1 time sheets.

With no running on Friday June 14, the next track action for the 24 Hours of Le Mans grid will be warm-up on race day at 09:00.

Photo: Roger Jenkins As the 2018 running of the 24 Hours of Le Mans draws to a close, EnduranceandGT would like to offer some thoughts and reflections on the Great Race as well as looking ahead, as indeed the ACO is with its announcements about regulations for future classes from 2020. 1) Alonso did it! […]