The #11 Ferrari F488 GT3 piloted by Jiri Pisarik, Josef Král and Matteo Malucelli took the chequered flag in the second period of the race after having completed 326 laps of the 5.25km circuit, maintaining the lead it had built at the end of the first period. 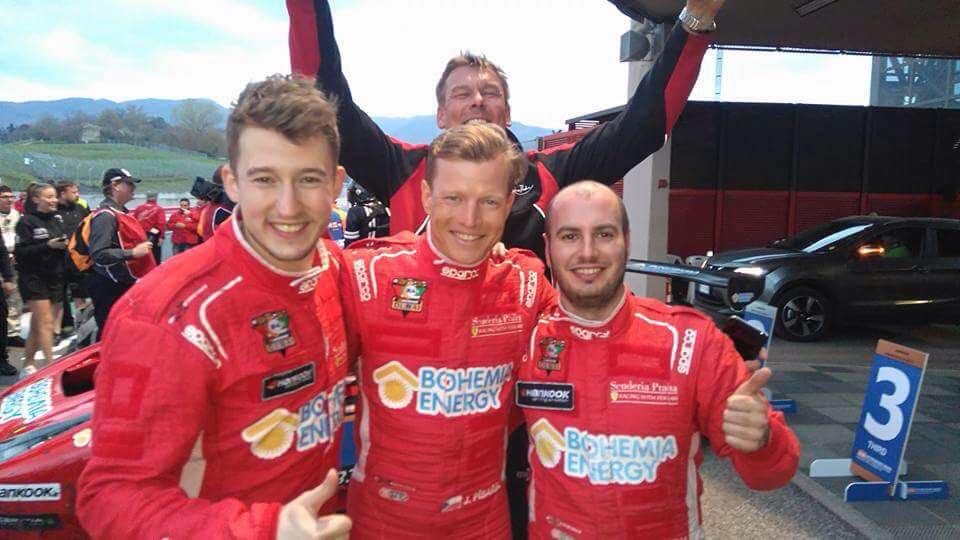 With thirty minutes to go, there had been drama when the then-third placed car, the #30 Ram Racing Mercedes AMG GT3 spun, handing its place to the #21 entry.

In the A6-Am class, it was Mercedes who took the honours with the class victory going to the #1 Hafor Racing Mercedes AMG GT3 driven by Michael Kroll, Chantal Kroll, Roland Eggimann, Kenneth Heyer and Christiaan Frankenhout. Second in the A6-Am class was the #963 Lamborghini Huracán GT3 entry of GRT Grasser Racing piloted by Mark Ineichen, Christoph Lenz, Roberto Pampanini and Milos Pavlovic.

The next round of the 24H Series Endurance Series will be the 12H Red Bull Ring on April 7 – 8.

Photo Above: Paren Raval. At the end of a fascinating race, it was the #100 Team Bleekemolen Seat Leon TCR V2 SEQ, driven by Sebastiaan Bleekemolen, Melvin de Groot, Rob Smith and Rene Steenmetz, who drove the final stint, that crossed the line to win the TCR class and outright victory in the Hankook 24H […]

In planning for the season ahead, I compiled, for my own use, a spreadsheet showing dates and rounds of the championships and series that I will be reviewing. With such a packed schedule on both sides of the Atlantic, if my spreadsheet is of help to you in planning your viewing or listening, please feel […]

Front Runner TV, the free-to-air sports channel launched in the UK in 2016, will screen live action from the opening round of the 24H SERIES powered by Hankook. With commentary provided by the Radiolemans.com team, coverage of the 24H DUBAI will commence on Friday January 13 at 09:30 with a pre-race show which will include […]