Struan Moore and, making his British GT Championship, Ricardo Sanchez took pole position for the Silverstone 500, the blue-riband of the premier national GT series with an average lap-time time of 3:59.841 after Sanchez lapped the 5.89 km Northamptonshire circuit in 1:50.723 and Moore put in a 2:00.126 in the #24 Nissan GT-R NISMO GT3. Sanchez and Moore were the only driver pairing to set an average time below 4:00.000.

Lining up alongside Sanchez and Moore on the front-row will be the #11 TF Sport Aston Martin V12 Vantage in which Mark Farmer and Nicki Thiim set an average time of 4:00.563.

Completing the top three in the GT3 class was the #47 Jetsteam Motorsport Aston Martin in which Graham Davidson and Maxime Martin set a 4:00.573. 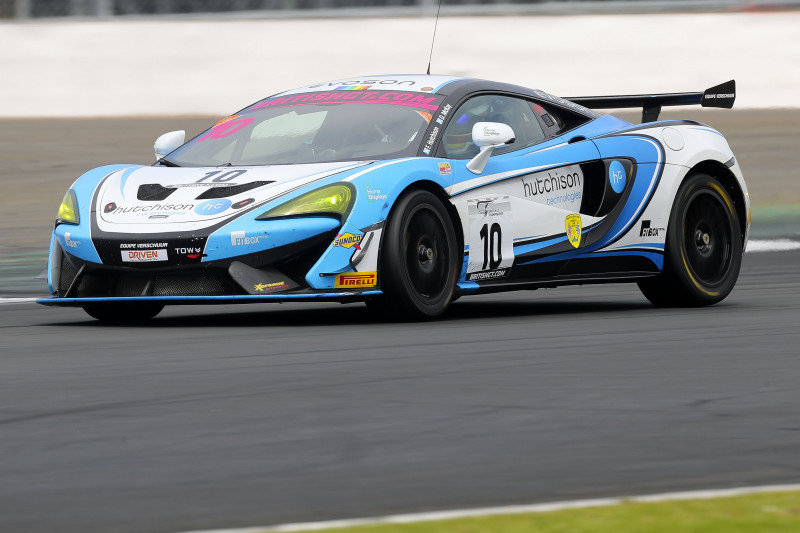 The top three were rounded out by the #77 Fox Motorsport Merecdes-AMG GT4 of Mark Murfitt and Michael Broadbent.

The lights go out for Round 6 of the British GT Championship at 13:10 local time.

Photo: BritshGT.com Victory in the final round of the 2018 British GT Championship went to the #33 Barwell Motorsport Lamborghini Huracan GT3 driven by Jon Minshaw and Phil Keen, finishing 29.584 seconds ahead on adjusted time from the #11 TF Sport Aston Martin V12 Vantage piloted Mark Farmer and Nicki Thiim after the TF Sport […]

“The Support Has Been Unreal!” – ProTechnika Motorsport’s Anna Walewska On Team Launch And Plans For Two-Car Assault On 2019 British GT Championship (28.07.18)

Photo: ProTechnika.co.uk Hindhead-based Anna Walewska took the GT racing world by storm when she announced the launch of her new team, ProTechnika Motorsport, less than two weeks before Round Seven of the 2018 British GT Championship at Circuit de Spa-Francorchamps. Campaigning the team’s #89 Mercedes-AMG GT4, Walewska, and team-mate Tom Canning, enjoyed a dream start […]