Bentley Team M-Sport is riding high across the globe in sportscar racing. With recent wins in the Blancpain GT Series, the Pirelli World Challenge and the British GT Championship, the Bentley Continental GT3 is proving the weapon of choice in global GT racing for 2017.

Vincent Abril, works driver for Bentley Team M-Sport since 2015, took his first endurance win on June 24 when, alongside Andy Soucek and Maxime Soulet, the crew of the #8 Bentley Continental GT3 took the top step of the podium at the Blancpain GT Series Endurance Cup Circuit Paul Ricard 1000kmns.

Writing for Mobil 1 The Grid, the young Frenchman explained how it felt to take his first endurance win.

“Taking the win felt incredible. It was a near perfect race, which made it even sweeter. In endurance racing, there is only so much you can do to control your destiny. The rest is up to luck. Bentley Team M-Sport gave me everything I needed to win – a perfect car, the best pit crew in the paddock and two awesome team-mates in Andy Soucek and Max Soulet.”

“The rest just had to fall into place…and it did.”

The Continental GT3, first raced in the Gulf 12 Hours in Dubai in 2013 and shown in the UK at Autosport International in January 2014, is proving fast, tough and reliable for many teams on both sides of the Atlantic and also in the Far East. Over the past few weekends it has been making the headlines.

On June 25 the #88 Absolute Racing Continental GT3, in the hands of Adderly Fong, won at Road America in Round 4 of the Pirelli World Challenge GT series. In the second of the weekend’s double-header, Fong ran a close second to Patrick Long in the #58 Wright Motorsports Porsche 911 GT3 R.

In the British GT Championship Rick Parfitt and Seb Morris are currently lying second in the GT3 Drivers Standings after wins at Silverstone and Rockingham. 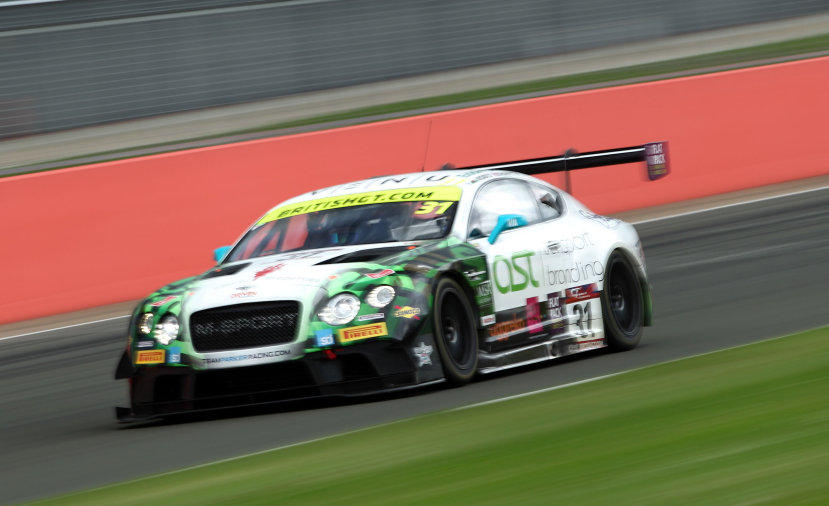 In the Blancpain GT Series, Bentley Team M-Sport is second in the Team Standings on 88 points, only 12 points behind leaders GRT Grasser Racing Team. Vincent Abril, driver of the #7 Bentley Continental GT3 he shares with Maxime Soulet and Andy Soucek, is second in the Drivers Standings.

Next in the sights for Bentley Team M-Sport is the Blue Riband of GT3 racing – the Total 24 Hours of Spa.

For Spa the marque will be represented by three entries – two from Bentley Team M-Sport and one from partner team Bentley Team Abt.

“We have three Continental GT3s all capable of getting a great result,” said Gush. “That’s a good position to be in going into one of the most important races in the GT3 world. After losing the win last year, Bentley Motorsport has something to prove and we return to Spa with real determination.”

Vincent Abril is also set on another endurance win.

“I’m ready to approach it knowing that we can do it,” Abril told Mobil 1 The Grid. “Once you’ve done it, you approach it differently. Will we win the 24 Hours of Spa? Who knows?! Do I know we’re capable of winning it? 100%!”

The 2019 Blancpain GT World Challenge Europe reaches its final round on September 7 – 8 when a 28-car grid visits the Hungaroring for the second successive weekend of two one-hour contests. 16 entries will contest the Pro category with seven entries in the Silver Cup category, four in the Pro-Am Cup class and one […]