As seasons draw to a close, winter seasons are beginning and there has been a lot of activity in the world of sportscar and endurance racing over the past few days.

Looking back to the end of October, the 2017/1 Asian Le Mans Series launched with first round being held in Zhuhai. The Jackie Chan DC Racing X JOTA team won the opening round in dominant fashion with the #8 JCDC X JOTA ORECA 05, with the driver line-up of Thomas Laurent, Harrison Newey (son of Adrian and contesting his first race in prototypes) and Stéphane Richelmi, crossing the line ahead of the #37 BBT Ligier JS P2 crewed by Davide Rizzo, Anthony Xu and Pipo Derani.

You can read a report of the race here. The coverage of the race was equal to that of any global endurance series with an excellent commentary team, multiple camera positions and clear on-screen graphics. Combined with live-timing, the series looks to have come of age this season and, with prizes of 24 Hours of Le Mans entries available to the championship winners, can only increase in its significance and grid size in future seasons.

You can read a report of the race here.

Second and third in Shanghai meant that Porsche was able to wrap up the World Manufacturers Championship, with Bernhard, Bamber and Hartley securing the FIA World Endurance Drivers Title, a first for Bamber and the second for Bernhard and Hartley.

The final round of the 2017 FIA World Endurance Championship takes place in Bahrain on November 16 – 18.

Looking ahead to the 2018/19 ‘Super Season’ for the FIA WEC, Ginetta has announced the names of the first two customers for its new privateer LMP1 car. Manor Endurance Racing and TRS Racing will both campaign the new Ginetta LMP1 with an engine partner to be announced ‘in due course’.

Ginetta also announced that it will be presenting its new LMP1 car to the wider motorsport industry and the world’s media at Autosport International 2018 at the NEDC in Birmingham, England on January 11-14.

“I am delighted to be launching the Ginetta LMP1 car at Autosport International,” said Ginetta Chairman Lawrence Tomlinson. “The show represents the ideal environment to introduce our latest model to the media, industry and fans who are the lifeblood of British motorsport. Not only that, but we’ll be using the show to demonstrate the Ginetta motorsport ladder in action, with our Ginetta Racing Drivers Club putting on a show in the Live Action arena.”

“We’re thrilled that Ginetta has chosen Autosport International to unveil its LMP1 car. With such a longstanding relationship between us, we can’t wait to see the company’s latest project in the metal and to help them share this great addition to their range with the wider industry.”

You can buy tickets for Autosport International 2018 here.

Student Motorsport, the on-line community that connects students, graduates and educators to professionals and organisations in the motorsport industry continues to grow as founder and owner JP Latham looks ahead to 2018. 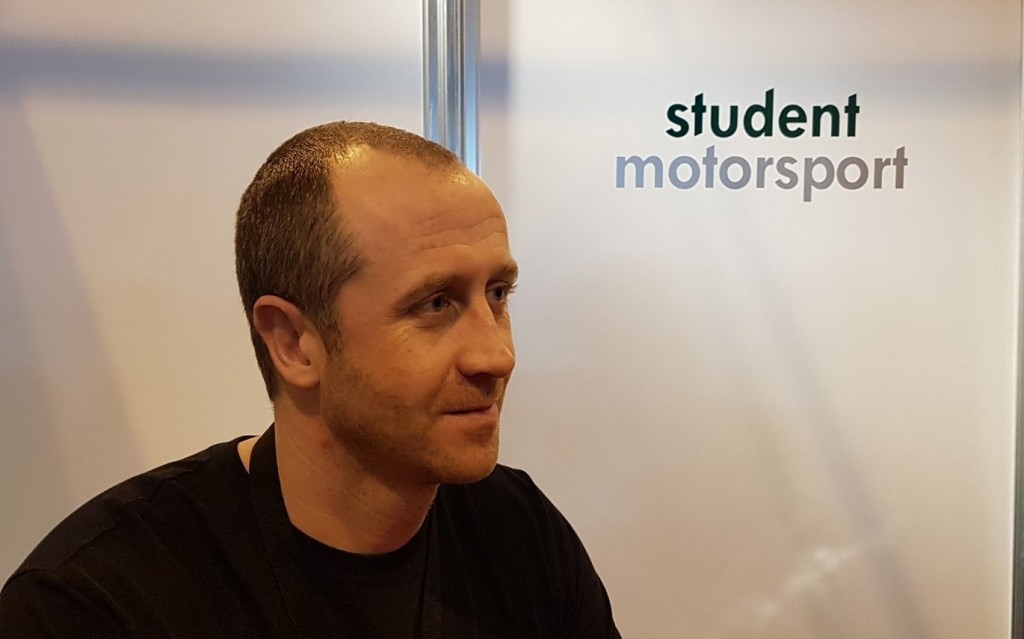 Student Motorsport recently announced that Jessica Shanahan, coach, journalist and owner of www.racingmentor.com has joined as a Contributor.

“I used to be a race team boss and I’ve worked with students and drivers from all walks of life,” explained Jessica Shanahan. “I realised that a lot of people don’t know what path to take to get into motorsports, so from there Racing Mentor was born.”

“I’m still a driver manager but focus a lot of my efforts on teaching drivers to find sponsorship, and coaching people into engineering, media and management careers within motorsport.”

“I am thrilled to be personally supported by such a professional individual with a wealth of knowledge in areas such as motorsport sponsorship, journalism and coaching,” said JP Latham. “It was fantastic to meet Jess through a mutual contact in motorsport which shows how crucial it is to make good connections in this industry. I’m looking forward to supporting our members through her professional services and advice.”

Finally, Bentley Motorsport has revealed its new 2018 Continental GT3. The manufacturer is looking to build on its 2017 successes of winning the British GT Championship with Team Parker Racing and taking the Teams Championship in the Blancpain GT Endurance Series Cup.

Brian Gush, Director of Motorsport at Bentley, is excited at the opportunities that the new car offers.

“After four years of success with our Continental GT3, we’re very excited to reveal our second-generation car,” said Gush. “It leaves no area or system untouched in search of even better performance, and early test results are promising.”

“The new Continental GT3 road car has proved to be a great starting point for the development of a new racer and the engineering development work is true to Bentley’s impeccable standards.”