In a week that saw the announcement of a familiar family name returning to a Ferrari seat for the 2019 season and the majority of the entry list for the 24 Hours of Le Mans announced, we have news from around the global GT and endurance racing world.

Beginning with Europe’s premier GT racing series, Tech 1 Racing and Panis-Barthez Compétition have announced that the team will be campaigning the Lexus RC F GT3 in the 2019 Blancpain GT Series, ensuring that the Lexus, which enjoyed success in the hands of Emil Frey Racing last season, remains on the grid.

Emil Frey Racing won the Circuit Paul Ricard 1000kms with the Lexus RC F GT3 in 2018, driven by Marco Seefried, Christian Klien and Albert Costa, as well as finishing seventh in the Total 24 Hours of Spa. 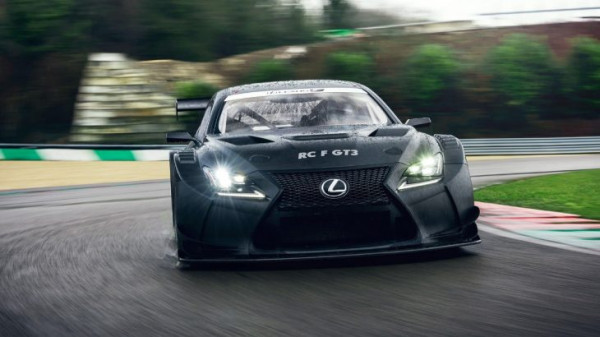 The team has yet to reveal its driver line-up and total number of entries for the forthcoming season but already team manager Simon Abadie is excited about the opportunities that lie ahead.

“Tech 1 Racing and Panis-Barthez Compétition are delighted to join the Blancpain racing family,” said Abadie. “We’re well aware of the sixe of the challenge that awaits us. We’re going to discover one of the premier, most competitive categories in the world and we have to get to grips with our new car, a new tyre manufacturer and new rivals but I know how combative my team is and we’ll do everything in our power to make our colours, and those of Lexus, shine!” 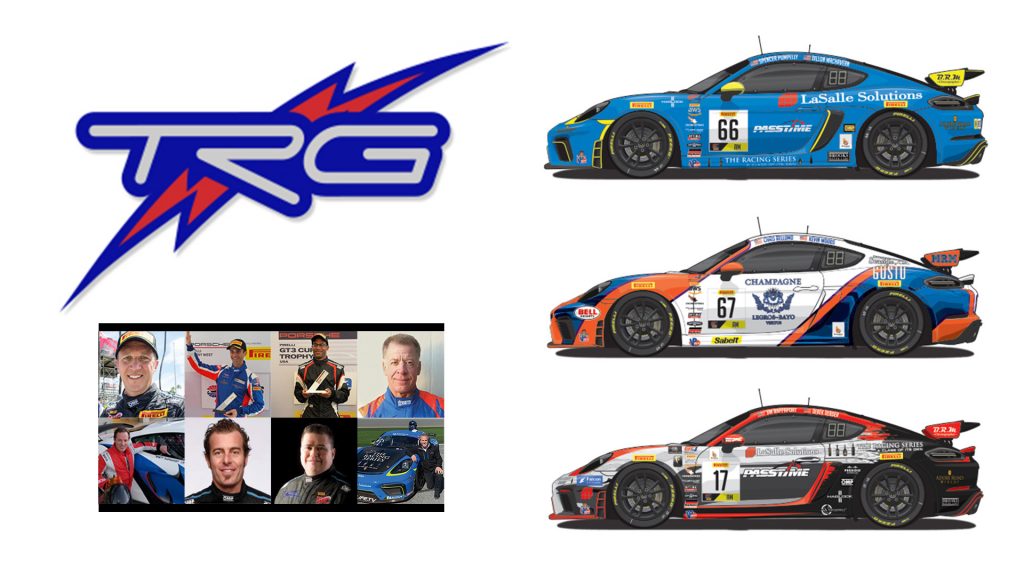 “The upcoming Pirelli season should be a fun challenge in the brand-new Porsche Cayman GT4,” said Pumpelly. “The field will be strong and the short races make for an intense on-track battle every time we take the green. The schedule takes us to some exciting venues and, with the support of LaSalle Solutions, Adobe Road Winery, and The Racers Group, we are positioned for a great 2019.”

Sharing the driving duties in the #67 Porsche will be Chris Bellomo and Kevin Woods. Bellomo started racing in 2017 and began campaigning his Porsche in the Pirelli Trophy West USA Series where he took nine Silver class victories and the championship.

“I’m really excited to be co-driving with Kevin Woods in the inaugural season,” said Bellomo. “Kevin is an extremely talented and well-respected driver who has had a lot of success behind the wheel over the past few seasons. I’m looking forward to learning from his experiences and work ethic.”

“Chris is a driver I’ve watched win a Pirelli Trophy West USA Championship in his first attempt,” said Kevin Woods. “He’s fast, competitive and a great person to be around which is all of the ingredients for a very successful driver pairing. TRG is a team that I have admired for many years. It will be an honour to finally work with them.”

In the #17 Porsche, Dr. Jim Rappaport joins Derek DeBoer and Sean Gibbons. Dr. Rappaport began racing in 2016 with the Sports Car Club of America and won his first race in GT2 in a Porsche Cayman. The highly-regarded spinal surgeon moved to the Pirelli Trophy Cup Series and in 2018 took a win the Gt4 category at Thermal.

“I could not be more excited to be sharing the car with such an incredible co-driver like Derek DeBoer this season and to be backed by a team with the incomparable heritage of The racers Group.” Said Dr. Rappaport. “I have always loved racing. The constant challenge and incredible fun of seeking endless perfection to win on the track has so many similarities to my 34-year career as a spinal surgeon and that really resonates with me. The bonus is the fantastic group of people and the whirlwind of social events that surround the tracks all season. I am truly ‘living the dream’ and this is going to be fantastic season.”

Kevin Buckler, Founder and CEO of The Racers Group said: “It is fantastic to have a powerful two-car team heading into our first big event at Circuit of the Americas in Austin and to be running three cars, with six such incredible passionate and talented drivers, for the full season! We are gunning for two championships…one in PRO and one in AM.”

The 2019 Blancpain GT World Challenge America season opens on March 1 – 3 at the Circuit of the Americas, Austin, Texas.

A familiar name is returning to the driving seat in 2019 with the announcement earlier in February that 1997 Formula 1 World Champion Jacques Villeneuve will be driving for Scuderia Baldini in the Rome-based team’s Ferrari F488 GT3 in the Endurance rounds of the Italian GT Championship. Villeneuve, who last drove in Formula 1 in 2006, has experience in sportscars, having contested the 24 Hours of Le Mans twice, finishing second overall in 2008 in the Team Peugeot Total Peugeot 908 HD1 FAP.The Swiss-based driver and now-commentator will be joined in the Scuderia Baldini Ferrari by Giancarlo Fisichella for the endurance rounds of the Italian GT Championship with a third driver yet to be announced. 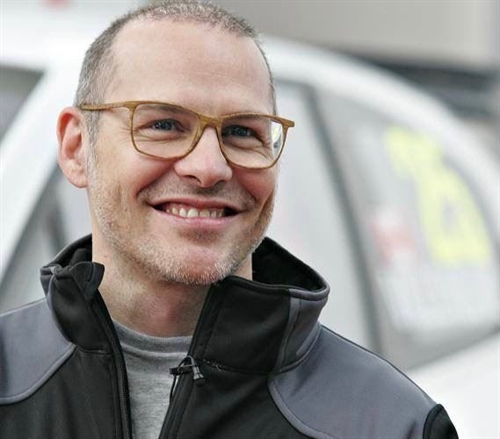 Team owner Fabio Baldini is excited at the prospect of having two such high-quality drivers in his car.

“I am extremely happy to have Giancarlo in our team again,” said Baldini. “He is a certainty for the whole team, especially regarding the new challenge of endurance races. Fisico is a serious professional and his experience will be crucial to face a challenging season like this year’s campaign. In 2018 Giancarlo has always been very competitive and I believe he will give his best this time round too, especially as he and Jacques will be the reference for the whole team.” 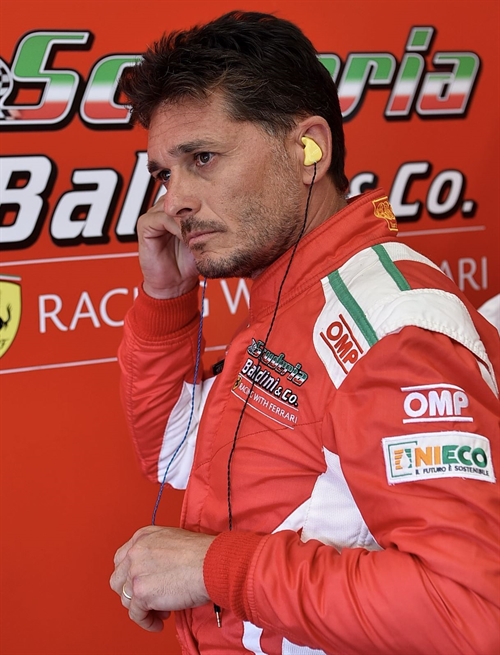 Scuderia Baldini has still to name the two drivers that will contest the Sprint series in the team’s Ferrari F488 GT3.

Garforth, Leeds-based United Autosports has announced two of three drivers for one of its pair of LMP2 entries in the 2019 European Le Mans Series. United Autosports returnee Alex Brundle, who won the 2016 ELMS LMP3 championship with the team, will join Ryan Cullen with a third driver yet to be announced. 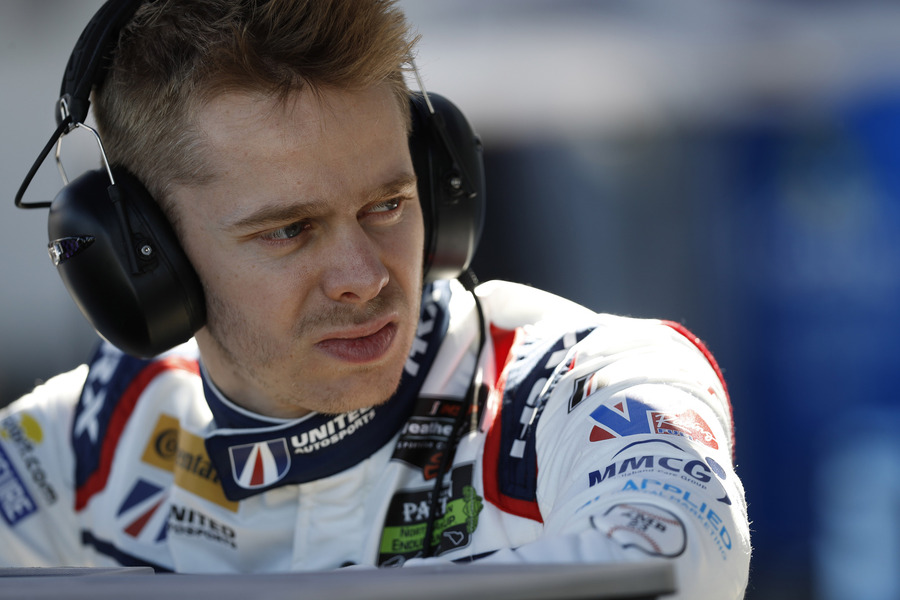 Phil Hanson and Filipe Albuquerque have previously been announced to drive the sister car.

Brundle, who was due to drive the TRSM Racing Ginetta G60-LT-P1 in the full 2018/19 FIA World Endurance Championship before funding issues forced the team to withdraw, is delighted to be returning to an environment where he has enjoyed great success.

“I’m very excited and motivated to be racing with United Autosports in LMP2 for 2019, rejoining the team who took me to the championship title in LMP3,” said Brundle. “I can’t wait to get behind the wheel of a Ligier once more, representing a world-class outfit and my long-standing sponsors and friends at Richard Mille.”

27-year-old Ryan Cullen, who finished 12th in the 2018 European Le Mans Series LMP2 Drivers Classification driving the #31 for APR-Rebellion Racing ORECA 07 alongside teammates Harrison Newey and Gustavo Menezes and who won the LMP2 class at the 2019 Rolex 24 at Daytona, is looking forward to the new challenge.

“I’m delighted to be joining United Autosports for 2019,” said Cullen. “It’s a team with a great structure and experience and the perfect place for me to grow and be competitive in ELMS. So far everybody has been superb and very welcoming and I’m looking forward to having Alex as a teammate. Le mans also excites me and, pending an entry of course, this year will be my first time racing at Le Mans. After experiencing success last month at Daytona, the prospect of being with a front-running team in my second 24-hour race is a fantastic position to be in.”

The Automobile Club De L’Ouest (ACO), the organisers of the 24 Hours of Le Mans, have announced the first 42 of the 60 entrants for the French classic in June.

The Selection Committee received 75 applications and will be granting 14 more invitations (in addition to the four from the Asian Le mans Series), designate 10 reserve cars and reject five applications before March 1.

In the LMP1 field, Rebellion Racing, Toyota Gazoo Racing and SMP Racing have two entries apiece with DragonSpeed and Bykolles being granted one entry each. 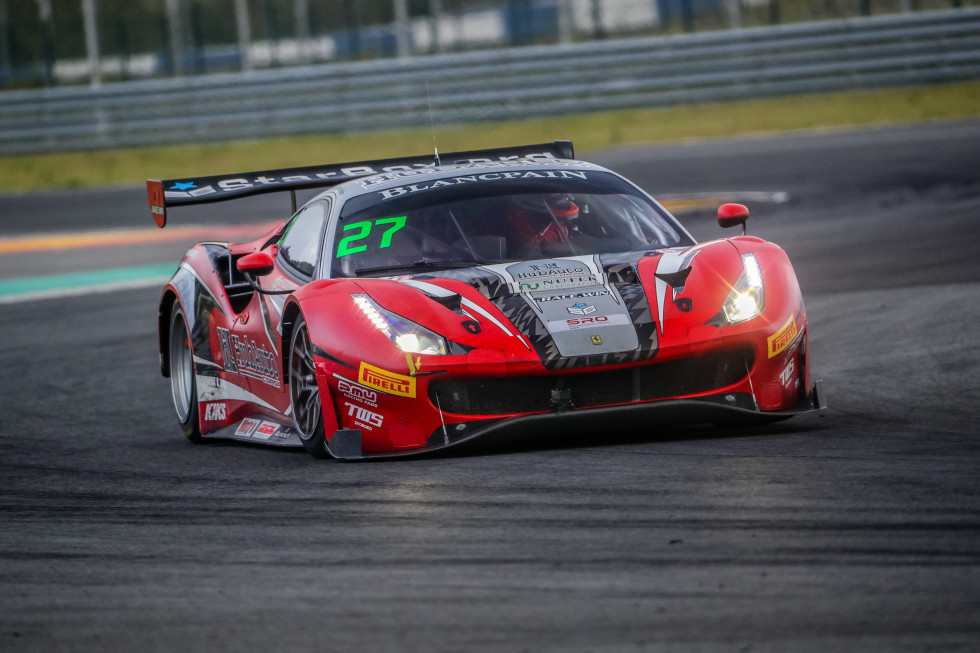 Taiwan-based HubAuto Corsa has revealed a new-look driver line-up for its 2019 entry into the Blancpain GT Series Asia with Yuya Sakamoto and David Russell sharing the driving duties in the team’s Ferrari F488 GT3.

“We are excited to be returning to Blancpain GT World Challenge Asia for a second season,” said Morris Chen. “The team had a great first year in 2018 when it won races and came very close to also clinching the Drivers’ Championship at the final round. Now the aim is very simple: to go one better.

“We had other options for this season but it’s important that we continue to support motorsport in Asia.”

Wherever you are and whatever you have planned, the EnduranceandGT team hopes you have a great weekend.